We've Found Our Soul Sisters at the DailyOWN 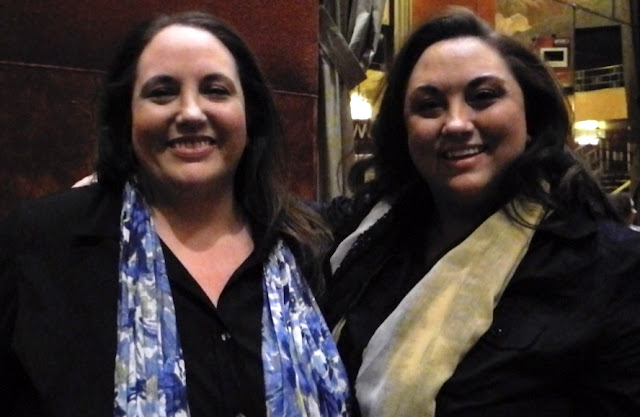 When we were asked to join Oprah's Lifeclass: the Tour as part of the VIP digital press corps, we were also given the chance to giveaway a pair of tickets to the live show at Radio City Music Hall in New York City. And so to make this opportunity available to as many Oprah fans as possible we hit Twitter and Facebook with a vengeance, searching for fan groups and sites that would appreciate the chance to see Lifeclass in person.

Little did we know how gratifying this would be for us. One of the groups we reached out to was a website called The Daily Own, dedicated purely to writing about the programming on the Oprah Winfrey Network. Bingo! Surely their readers would kill for a chance to see Ms. Winfrey.

And so we emailed The Daily Own to extend the invite to tell their readers about the giveaway. Imagine our surprise when we heard back from them and not only were they very receptive to the request, they were also sisters who blog together — kindred spirits. We also discovered they would be in New York to see the show and have the chance to meet Oprah as we had the week before.

And so we made arrangements to meet up with Paula and Patricia Pritchard, who began their site when OWN launched in January of 2011. After the live show on Monday night (more about that later) we Tweeted the sisters and met in the lobby face to face. It was an instant connection that only two sisters can appreciate.

They, too, have been best friends since childhood. They even moved cross-country from California to Florida (along with the entire extended family) so they could stay together. We chatted for almost an hour about the Oprah experience we had just shared, being sisters, working together and our similar dreams and visions.

We also met a whole group of bloggers and Oprah fans that had become friends on the Internet because of their passion for Oprah. Included in this group was Brittney our ticket giveaway winner and her guest Luisa. Their friendship was formed online and the pair had never met in person. Brittney, who had entered our contest just once, promised Luisa she would bring her if she won our contest and the two would finally meet.

Forty-five minutes before the show started, these Internet friends were in each other's company for the first time, solidifying a longtime bond. And they thanked us for helping them fulfill a lifelong dream of seeing Oprah in person. It filled us with joy to see how happy these two women were to see their visions manifest.

We were also honored to hear that we were inspiring to Paula and Patricia, who almost gave up on their site until they got a personal invite from Oprah's BFF Gayle King inviting them to an OWN conference last year. After spending two weekends being lifted up by the others around us, giving back felt good. We've found a pair of soul sisters who understand our bond and who will most likely be longtime friends.

Visit The Daily Own to keep up with all things Oprah and OWN.

For related stories check out:
Working with Family on Welcome to Sweetie Pie's
Golriz Lucina Chews on Life's Big Questions on Soul Pancake