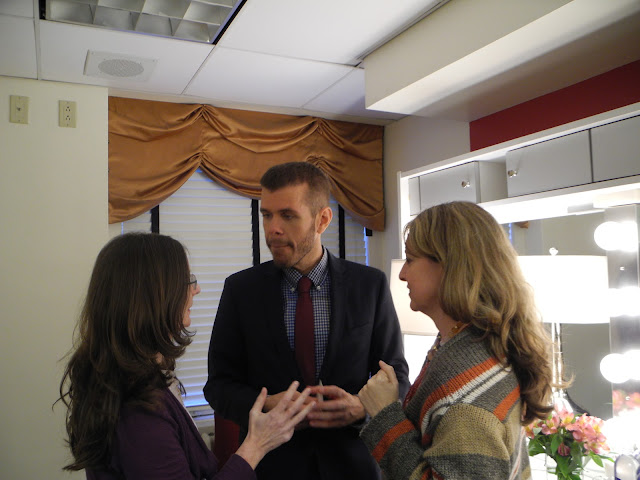 When we started this blog a couple of years ago we said to ourselves, “We want to be like Perez Hilton but nice.” We never suspected that due to his new journey of self-discovery and karmic cleansing, Perez would take on that role himself. Following a taping of Oprah’s Lifeclass: the Tour, we sat down with Perez and talked about getting the call from Oprah’s team and new brand new outlook on life.

A self-proclaimed “Otheist,” explained that he wasn’t nervous going on Lifeclass because “Oprah reached out to me. I didn’t call up saying, ‘Hey, Oprah, you want to put me on the show?’ They reached out to me saying, ‘Hey we observed what’s been going on.’ And it’s real. I wasn’t pretending to be anybody else. I wasn’t thinking of giving the right answers. I was just being.’”

The shift that Oprah’s producers had witnessed started a few years ago. Critics slammed Perez, calling him a hypocrite when he spoke out against teen bullying. The realization that he’d been pushing celebrities around for years himself, hit hard. He decided to look inward and reevaluate his life.

Perez described his transformation, saying, “I call it energy because for me energy is real, scientific. It’s a fact. Energy exists. And I feel like my main gift is to tap into this energy stream in a very powerful way. And then going back to the word awareness, when you’re aware of that, which I recently became aware of, ‘Wow, that’s my gift.’ In the past I used to think my gift was creativity or the ability to write. Now I realize that that’s my real main gift and I’m able to do it in a much more powerful way.”

Nowadays instead of outing pop singers and writing nasty remarks about starlets, Hilton posts daily inspirational thoughts. He remarked, “I’ve been tweeting these daily thoughts I call Perezisms. And at first when I started doing it because, I told Oprah on stage, ‘I don’t just feel this desire to share, I feel this need now.’”

Of course fans and friends alike are not so sure if they should buy in to the new Perez. He conceded, “At first people were like, ‘Are you a Scientologist now? Are you on drugs?’ And I get the skepticism but if you look at it in terms of energy and in terms of that platform… For me those Perezisms are an opportunity for people to connect with it or not. But for some people, maybe that one little thought will connect with them. And that one thought is hopefully filled with positive energy. And then hopefully that one thought will infect their lives and their brains and maybe they’ll even retweet it and literally pay it forward, literally pass it on, literally share more positive energy. And that’s just one of the ways I’m trying to do better and be better.”

Stay tuned for Perez Hilton’s appearance on Oprah’s Lifeclass: the Tour when it airs on Monday nights at 8 p.m. EST//10 p.m. Central on OWN. Follow the show online at Oprah.com and see the coursework that corresponds to each episode’s theme. Join the "Lifeclass" conversation online on Twitter @OprahsLifeclass and using #lifeclass.


Watch our interview with Perez by going to our YouTube Playlist.

Working with Family on Welcome to Sweetie Pie's