Jennifer Love Hewitt Hopes to Empower with The Client List 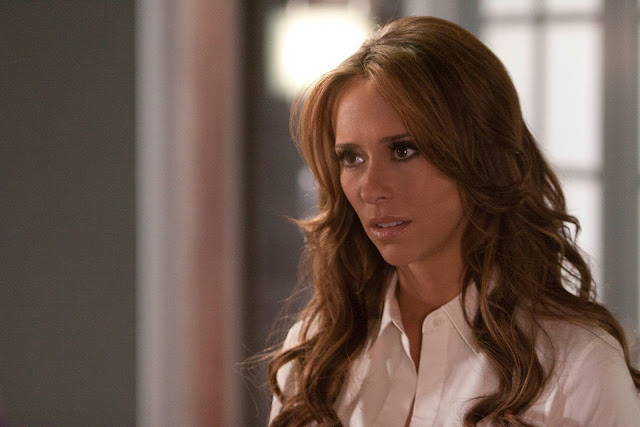 Jennifer Love Hewitt is back on TV. Gone are the days of playing a medium on Ghost Whisperer. This time, Jennifer is taking on a role quite different from Melinda Gordon. Riley Parks is a single mother with finds herself doing something she never thought morally possible before she was faced with taking care of her children on her own. She takes a job at a massage parlor and ends up giving a little something extra to some of the men she services. Hence the name, The Client List.

While at first glance the steamy premise of the show does not feel like it would be relatable or inspirational to viewers, Jennifer explains that this is exactly why she signed on. She stated, "It’s interesting to create empowerment in a woman, who essentially could feel powerless and who could find herself in danger and could look at the situation she’s in if she wanted to as not very [empowering]. This is actually very powerful, and she’s making these decisions, and she’s making them consciously, and she’s growing sexually and emotionally and physically and mentally in this job. She’s connecting in a real human way with the human condition and human spirit and hearts of the people on her table, and it’s super powerful. So I was really interested in that. I just thought that that was really cool and a neat message to send out."

She also noted, "People are going to take away different things. It’s extraordinarily relatable, even though people may not think that right off the bat with our promotional campaign. But I think that it is relatable in economically where we are right now. There are lots of single moms out there in the world who are doing the best that they can."

Jennifer related that what Riley does for a living is secondary to her personal circumstances. She did not research the massage aspect for the role when she first started the project instead she concentrated on what makes Riley real to viewers. "The funny thing is that even though the show has this provocative setting and I know what people are talking about this happy ending aspect of the show. For me, the part that I did more research on was being a single mom — playing a Texas woman in economic struggles. Somebody who emotionally has to carry all of these secrets and all of this loneliness and all of the stuff that she struggles with emotionally in the series."

She continued, "I’m from Texas. All the woman in my family are from Texas, so I did more research in spending time with them and the women that I know and being single moms, and how they hold it all together with a full time job than I did the happy ending part of it, because for me that’s not who Riley is. That’s where Riley finds herself, but that is not who she is. So I chose not to do research on that aspect of things, because it wasn’t something that I needed to know how to play the part."


The actress also says she drew inspiration from her own mother for The Client List. "Riley and Linette are these great combinations of my own mom. Riley is who my mom definitely was in her 20s and 30s and still so much of her spirit. Linette is kind of how my mom is now in so many great ways — not in what they do in the show necessarily, but in the spirit of who they are. My mom was a single mom who did have a boy and a girl. She was a Texas mom and all of those things."

Jennifer discussed how she hopes viewers will approach the show. "It may not make people comfortable and it begs the question of. 'Are there any other options?' For her there isn’t at the time… People are just going to have to try to be as nonjudgmental about that as possible, but I do think that this real. The story that we’re telling is real. There really are, economically, families that are put in these positions."

Jennifer hopes that the process she went through as an actress to portray Riley will mirror the viewers' experience watching it. "Hopefully my journey emotionally playing her will be the same journey that the audience will go through, which is just as you start to maybe feel like you could judge her for a minute or go, 'Maybe she shouldn’t have done that or is there another way?' I think you will realize that there isn’t. She’s doing exactly what she should be doing and that she’s in the right place and that she’s growing in her humanity in doing this. She’s becoming a better mom and a better woman and a better daughter and just a better person because of her circumstances and that makes it really cool. "

She added, "I do think that we make the journey really fun for people to watch and that’s the best television. We all sit down to watch television to forget about reality for a minute and we want to do that for people."

For related stories check out:
Brian Burkhardt Talks About His Project Accessory Win
Alyssa Milano Stars in Sundays at Tiffany's