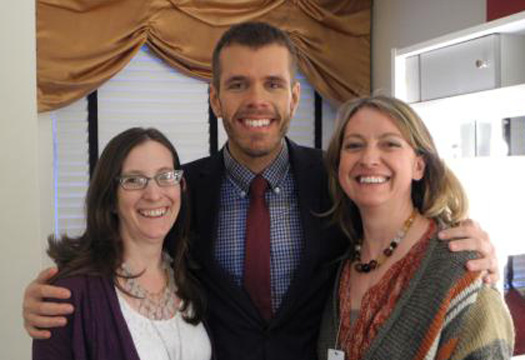 Sure, going on the road with Oprah's Lifeclass: the Tour was inspirational. And we wrapped up our journey with intentions of becoming better people. But we are the Pop Culture Passionistas after all. So while our time in New York at Radio City Music Hall with Lifeclass was filled with words of wisdom from Oprah and her guests Tony Robbins, Deepak Chopra and Perez Hilton, we also managed to pull some pop culture nuggets and moments of comedy from the experience.

Gayle King (Oprah's BFF) on What She Doesn't Like About Yoga
"The bending and the stretching parts."

Oprah Winfrey on Stopping for a Commercial Break During Taping
"Another commercial break? This network ought to be rich after all these commercials."

Deepak Chopra on The Beatles
"[The Beatles] were fiends of mine. George Harrison and I traveled all over India together. We had a lot of fun. My greatest memory was we did a hallucinogenic drug together."

Tony Robbins on the Effects of Technology
"Everybody expects everything should be automatic... When I was a kid and I wanted to steal music, I had to take a risk, not just take whatever you wanted without thinking about it. The world has changed where people expect everything instantly, often for free, without any effort."

Deepka Chopra on Human Beings
"We are not human thinkings or human doings we are human beings."

Tony Robbins on Needing a Strong Partner
"I love my boy, but I need my general."

Deepak Chopra on Taking Charge of Your Own Life
"Become the director, the producer, the choreographer and the hero of you own story."

Perez Hilton, Deepak Chopra and Oprah Winfrey on Rebranded Aha! Moments
Perez: "I've been having multiple Aha! orgasms."
Deepak: "That's another word for transcendce."
Oprah: "I want to rebrand that as Aha O's!"

Watch Oprah's Lifeclass: the Tour on Monday nights at 8 p.m. EST/7 p.m. Central on OWN. Follow the show online at Oprah.com and see the coursework that corresponds to each episode's theme. Join the "Lifeclass" conversation online on Twitter @OprahsLifeclass and using #lifeclass.