Antony Mora from Publicist to Playwright 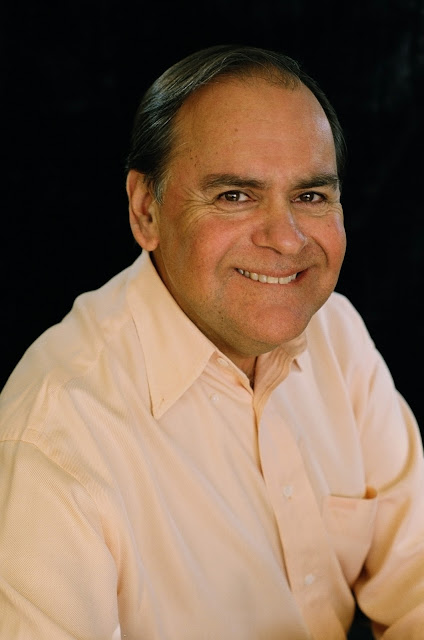 
Anthony Mora is not your typical Hollywood publicist. True, he’s had his own agency, Anthony Mora Communications, Inc., for 20 years. Yes, he’s managed to get his clients high profile placement in publications like Time, Newsweek, The New York Times, USA Today and Vogue as well as on television outlets like 60 Minutes, Oprah and CNN.

But not many publicists have the creative chops that Anthony has. First and foremost he’s the author of Spin to Win: The Essential P.R. Guide For Business & Career Success. But he also has three plays under his belt and one more on the way.

In a recent exclusive interview, Anthony told us about his one act Silencing Silas, which will be one of five one acts in the upcoming production P.L.A.Y. Noir. The event, “an evening of five short noir plays set in the City of Angels,” is being produced by Punk Monkey Productions. And it also features a one act by Anthony’s wife Ann Convery called Shoofly.

Anthony explained how he unexpectedly became a playwright. “I’d always wanted to write novels and I wrote my first novel which was, Bang! A Love Story. And I took a piece of the novel and I dramatized it to play in L.A. and New York and Linda Cardellini was in that. But I was really doing it more to highlight the novel and bring attention to the novel.”

But he soon realized that he really enjoyed the artistic outlet that he had accidentally stumbled into. He recalled, “I just so fell in in love with the form and with actually watching the characters come to life.”

Once he started, it seemed as if he couldn’t stop. Anthony recounted, “I wrote the next play and the next play and I’ve written four plays. And I’m just getting back to writing a novel now, where my full intention had been just to write novels and this really caught me by surprise. But it’s such an amazing form because each night it comes to life. And unlike a film, each night it’s different.”

In Silencing Silas, Anthony embraces the noir genre for the first time. He discovered that the genre allowed him to tell his story both with action and words, which isn’t always the case in theater. He remarked, “With any kind of writing you want to show them instead of tell them. And with noir, really, you can do both. Because with noir you’re so used to hearing that narrative, ‘It’s 6 o’clock… She opened the door.’ And you have this narrative where you’re being told what happened.”

Anthony continued, “So noir has this really interesting juxtaposition where you’re being told what happened in one sense and then you’re seeing what happened as either the film or the play goes along. So you’re almost able to have two separate stories and that’s fascinating to me.”

In addition to Silencing Silas, Anthony has another upcoming play called Hang Fire. He described the show, saying, “When members of a sex therapy group kick out the therapist but continue meeting, the group rapidly transforms into a revenge club. They are on a vigilante mission, dead set on setting wrongs right by their rules.” He is also adapting the show into a screenplay.

P.L.A.Y. Noir featuring Silencing Silas runs from June 8 through July 1, 2012, on Fridays and Saturdays at 8 p.m. and Sundays at 7 p.m. at The Actors Workout Studio located at 4735 Lankershim Boulevard in North Hollywood, California. For more information and to purchase tickets visit www.playnoirla.com and the Silencing Silas website.
Posted by Pop Culture Passionistas at 2:00 AM