Dancing with the Stars Peta Murgatroyd on Injuries, Love and Beyonce 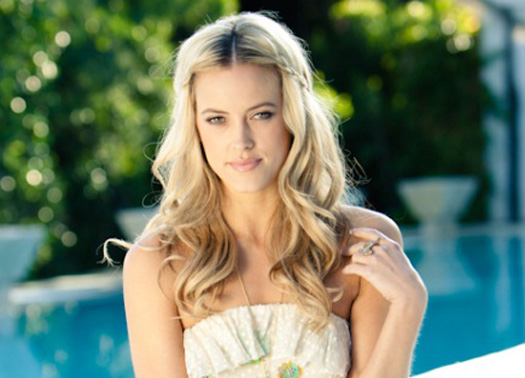 Last night Peta Murgatroyd and Donald Driver made it through to the finals on Dancing with the Stars. The series' rookie faced stiff competition from the three-time mirror ball trophy winner Derek Hough and the two-time winners Cheryl Burke and Mark Ballas. But in the end Peta's grace and Donald's charm took them all the way to the end and Maria Menounos was sent home. In a recent exclusive interview, we talked to Peta about injuries, love and Beyonce.

On the Addition of the Dance Duel This Season
"It was a great idea mainly because it didn't allow somebody with a massive fan base that can't dance at all to be voted into the finals. It was the judges' choice so the best dancer will win. And it is a dancing show so that made sense. But in saying that, also, it was very, very hard to watch couples battle it out. It was so awkward and such a horrible feeling to see them dancing for their lives out there. It was just awful. So nobody really liked it when it was happening, everyone was very against it, but the best dancer won in the end."

On the Most Shocking Elimination of the Season
"Sherri Shepherd definitely didn't deserve to be voted off so early. I thought she was going to be right up until the semis and the finals so it was really a shocker when she got voted off."

On Who She Predicts Will Win
"Besides Donald and I? I think William."

On Choreographing Acts Like Heart, Rod Stewart and Enrique Iglesias
"It's been amazing working with the great artists on Dancing with the Stars. It's such a privilege to be able to put together moves and choreography to fit their music. It really is a thrill. I love to get the music and play with it and see the highs and lows of the music. And then once you see the finished product at the end it's amazing with the costumes and lighting and everything. Dancing with the Stars have given me a lot of opportunity to perform and choreograph with these performers, so I'm very thankful."


On Her Dancing Influences
"I have a few. I definitely have some ballet influences and some ballroom dancing influences. My coach Jason Gilkison from Australia, he definitely is a huge influence in my dancing. He was the choreographer of Burn the Floor, that I was with for six years. But I just try to be myself, I don't try to copy anybody. I really just try to be me at the end of the day."

On What She Is Most Passionate About
"I'm most passionate about love. I'm such a lovey dovey person. I'm such a sucker for love."

One Which Pop Culture Icon She Would Be for One Day
"I would be Beyonce, for sure. I'm completely in love with her because she has the best music of all time. She has the best life. I would love to be inside her creative head. I think her music and her dancing is so inspiring and uplifting to everybody."