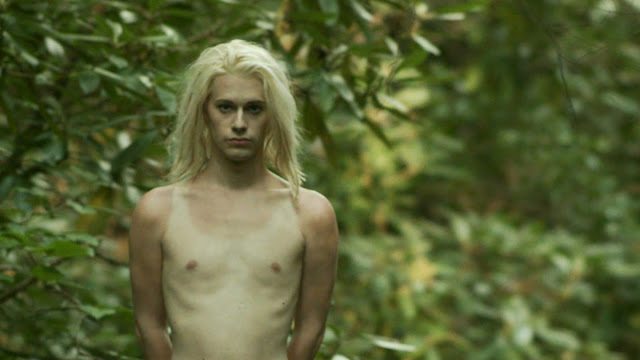 Britney Spears was an easy target for ridicule in 2007. The once brightly shining pop star was seen tarnishing her reputation with bizarre behavior — shaving her head and attacking an SUV with an umbrella. But while most of the world laughed and pointed their finger at the fallen idol, Chris Crocker came to her defense.

At the time the 19-year-old from Bristol, Tennessee, was the world’s biggest Britney fan. He was also an up-and-coming Internet star. Even before YouTube was what it is today, Chris was posting homemade videos on his Myspace page. His first clip garnered eight million hits and a slew of supporters (he doesn’t like to call them fans) would download them and repost them on YouTube.

But when Chris uploaded his “Leave Britney Alone” video, everything changed. The bullied teed from the Pentecostal family became an Internet sensation. His ode to Britney landed him on every talk show imaginable. He even got offers for his own TV series.

As is often the case with YouTube stars, Crocker’s spotlight faded. But when you mention his name, people still think of him as Britney’s sobbing champion. In a recent conference call interview Chris explained he’s changed quite a bit since the “Leave Britney Alone” days. “I was 19 years old at the time. I’m 24, going to be 25 now, and my priorities have changed. I’m not obsessed with pop culture, pop music or anything the way I once was as a teenager for sure… I’m into poetry. I’m reading my Sylvia Plath.”

And he’s started to make a name for himself that reaches beyond that one video clip. Tonight Chris will star in his own documentary on HBO called Me @ the Zoo.

Plus he has a slew of other projects in the works. He noted, “I’ve done Tosh.0. I’ve had my video [in] Meet the Spartans… I do videos for web sites for their advertising.”

Hollywood has also come knocking, but Chris revealed they sometimes shy away when they get the full picture of his past. “I’ve gotten a lot of show offers just because the documentary is coming out. And there’s always going to people when you have something new and exciting they want to give you the thumbs up. But I’m also a really controversial figure and once people realize I have nude pictures out there and things like that they kind of lose interest.”

Chris is interested in turning that onscreen persona into an acting career. He described a recent visit to the home of legendary director John Waters. Chris recalled, “It was mind blowing… And it was great to see someone that is so accomplished yet isn’t jaded by the whole status, just the way people are. They see you in categories. You’re an attention whore. You’re on this level of fame. And to be in his home and to have him be so encouraging of me and tell me I’m so charismatic and things it was just really encouraging.”

But while he works to get his acting career off the ground, Chris is currently working on his music, which is available on iTunes. He described his style, saying, “It’s dance-electro and then I have a couple songs that are more acoustic. But the more popular ones are dance-electronic songs. And my last E.P. debuted at number two on the electro charts.”

Just because that’s the kind of music Chris makes, doesn’t mean it’s what he listens to. He laughed, “I’m wearing a Courtney Love T-shirt right now. Courtney Love, Hole and Fiona Apple is my favorite music of all time.”

Maybe it’s time for Chris to make a “Leave Courtney Alone” video. In the meantime his documentary Me @ the Zoo premieres tonight at 9 p.m. EST/8 p.m. Central on HBO.