Elijah Wood Talks About Some of the Guest Stars on Wilfred 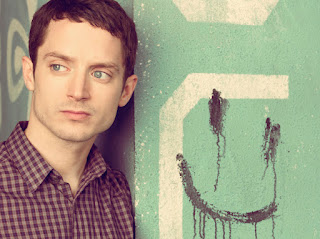 One of our favorite offerings from last season is back for round two on FX. Wilfred returned on June 21 and will run an all new episode tonight. The premiere episode tied up all the lose ends from the finale’s cliffhanger nicely and set up a whole new season of craziness for Ryan (played by Elijah Wood) and his best friend/dog Wilfred (played by Jason Gann). In a recent conference call interview Elijah talked about some of this season’s guest stars including Robin Williams and Mary Steenburgen.

Elijah told us that one his favorite things about doing Wilfred is the guest stars they get to have on the show. He stated, “We do get to include these wonderful characters and then doing that get some wonderful guest stars that come and join us and color our world.”

And although Wilfred is getting some pretty big names to guest on the show, they try not to fall prey to stunt casting. Elijah said, “We’re always looking for people that feel right for the characters. We’re certainly interested in actors who are familiar to people and we’re excited to get a chance to work with people that we’re fans of. But at the end of the day our casting decisions really come from a place of wanting to fill out these characters with the best possible people that can make them come to life in the way that they’ve been written. This season is no exception to that.”

He added, “It’s really a fun show to cast, because the characters that do come in to interact with Ryan and Wilfred are extremely well written and really funny, and some of them are quite bizarre. So they’re always really fun to cast and it’s a joy for us to bring in people that we love, that we’re a fan of, and more often than not these wonderful actors tend to elevate the work that we’re doing, which is great.”

He talked specifically of some of the guest spots this season. In the first episode Robin Williams makes a special appearance as Ryan’s doctor in the psychiatric hospital. Elijah, who had worked with Robin before on both Happy Feet movies, recalled, “It was a joy. It was such a treat for all of us. We’re all massive fans of his… He’s just a delightful human being, so incredibly humble and so hilarious, and obviously an icon. To get a chance to bring him in to our world on Wilfred was a total joy.”


He continued, “We were sitting across from each other doing a scene and we realized that this is the first time that we actually got to play a scene together in the flesh, in front of each other and on film. And he was saying how enjoyable that was, which was wonderful. It was great to actually have a tangible space to work in as actors… He worked with us for a few days and I think he loved our crew and he regaled people with stories and he spent almost all of his time hanging out on set. It was wonderful. It elevated our episode as well. It was a real treat for us.”

Don Swayze (from True Blood and Carnivale) appears in the second episode of the season as a steroid dealer. Elijah commented, “He was fantastic. His character is very funny. He was super game to play a relatively nefarious character and it provided quite a lot of laughs for us and I think he had a really fun time doing it. He was great.”

One of our favorite episodes from Season 1 was the one on which Mary Steenburgen played Ryan’s mother, an equally eccentric woman. He assured us she will be back for more. “We particularly love working with her, she’s amazing. The one shame about doing these small episodes is that we only get our guests in for a short amount of time. Sometimes a character will feature literally for an episode only and so we only get them for a couple of days, or three days. And that was the case obviously last year with Mary because she was only in that one episode, but it felt like working with her, she left and we missed her… She just has this beautiful presence to her and such warmth and kindness... She has the right amount of madness and sweetness in the character. We were so excited to see her again and to work with her again this season.”

In Season 2 Ryan returns to the workplace and his business associates play a bigger part in the storylines. Steven Weber plays his boss and Allison Mack will be Ryan’s new love interest/co-worker Elijah commented, “They’re both wonderful. Steven does an incredible job playing my boss. He’s very funny and has some really funny moments. And Allison is fantastic as well. She’s a beautiful human being. She’s a very soulful individual and a very wise individual and I think imbues the character with that… There’s real depth to Allison as a person that she brings to the role.”