Pair of Kings’ Geno Segers Got into Theater on a Bet 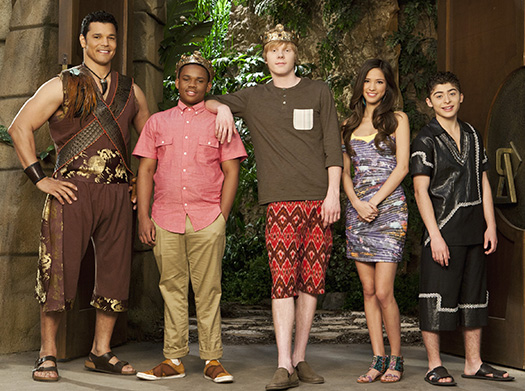 Geno Segers, star of Disney XD’s Pair of Kings, started doing theater on a bet. After playing professional rugby in both the U.S. and New Zealand, he became a small business owner Down Under, with no intention of being in the spotlight. But after numerous friends continuously talked about his James Earl Jones-like booming bass voice, he auditioned for and got some gigs in radio.

Before this he never considered what he sounded like. In a recent exclusive interview he told us,  “I really didn’t think too much about it because I grew up with this thing. I went to bed with it. I woke up with it and it just seemed pretty normal to me. But what was normal to me, seemed very unusual and unique to others.”

Soon a friend dared him to try out for The Lion King. He said he had bet against himself that there was no way he would be cast. He lost the bet and joined the Australian touring company playing Mufasa, the King of Pride Rock. But after working with the Australian, Chinese and American casts of The Lion King, Geno considered quitting show business. No one was hiring bass singers.

Once back in New Zealand, he got a request to send a tape for a new TV series. He told the Sioux City Journal that they were looking for someone who “spoke like James Earl Jones but looked like the Rock.” Perfect. Geno took the job on Pair of Kings playing Mason, the royal advisor to the heirs to the throne of Kinkow, played this season by Adam Hicks and Larramie Doc Shaw. Season 3 premieres tonight on Disney XD.

Geno described the series, “The show is basically about two young boys who are growing up, learning how to navigate their way through the pitfalls of life. Now those pitfalls of life on the island of Kinkow are quite unique and unusual. Because Kinkow is a magical island there are lots of different things that the normal world would not actually see like mummies, mermaids, ghosts, dinosaurs and so on.” He added, “The role of my character is to guide them, help them and protect them.”


When not acting, Geno guides and protects another group of kids — those who work with his nonprofit. He explained, “Hold It on the Road is a southern euphemism for drive safely now to get to your destination. Well paralleling that to my moral compass, Hold It on the Road, the foundation, basically [means] make good decisions now to impact your future positively tomorrow.”

Through the organization, Geno is a motivational speaker for third and fourth graders. His goal is simple, “[I] Try to encourage kids to make good life decisions now to impact their futures in a positive way tomorrow.”

And in what sounded like a contradictory statement, Geno said, “I’m passionate about helping kids to stop dreaming.” But he explained, “I don’t like the ideas ‘dream big’ and ‘living the dream’ that is a joke. That to me is not real. We have to be careful with what we say because the words you say, the words you speak can be manifested.”

He continued, “To tell someone to ‘dream big’ is basically to tell them to keep sleeping, because in order to believe a dream you’ve got to be asleep to believe it. So my whole attitude and approach to that is to tell kids to stop dreaming. Take a dream and make it a goal. Take steps towards reaching that goal and achieve it. So my main passion in life is setting goals and reaching them.”

We couldn’t hang up from our call without asking Geno, if he could be one pop culture icon for a day who he would choose. He answered, “It would have to be Bob Marley. I would really like to see how he visualized his existence, how he saw himself and how he appreciated his surroundings. Basically how he came up with such poetic and powerful lyrics that are ringing true even today.”


Hal Sparks on Lab Rats, Working with Kids and Magic

The Cast of Kickin' It Talks About Their Characters