Patricia Steffy Shares Her Letters to Fear for a Good Cause 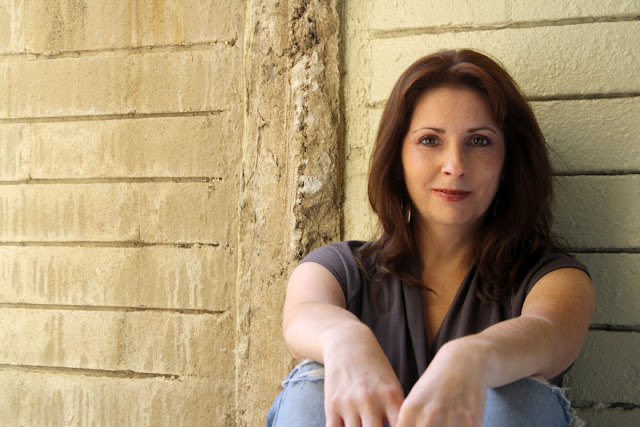 In 2008, Patricia Steffy founded IBG Inc. a non-profit that uses the power of philanthropy through the arts to benefit a wide range of charities across the world. But this weekend Patricia will be using her platform to benefit a cause near and dear to her heart.

On Sunday, June 24 at 12:30 p.m., her collection of essays called My Letters to Fear will be performed at the Beverly Wilshire Hotel in Beverly Hills, California. Steffy as assembled an eclectic cast of actresses including headliner Constance Marie, Dallas’ Charlene Tilton, Harry’s Law’s Tracie Thoms and Stargate Universe’s Elyse Levesque. Each woman will present a monologue on various topics, which Patricia described, saying, “My Letter to Fear covers a lot of ground. It deals with joy and conflict, heartbreaking loss, painful abuse, the power of self-confidence, the perils of aging (and there are many) and the contentment of inner peace (which I’m still trying to find).”

Steffy wanted to write about topics that affected women specifically. She acknowledged, “I tend to write about the things that are going on around me, or issues that I am struggling to understand. In going through that process, I found that many of those were issues that the women around me were also trying to process. The pieces ask as many questions as they do offer opinions (and I am known for having plenty of those).”

Although all of the stories come from real life, they are not all drawn from Patricia’s personal experiences. She remarked, “In certain cases, they are my reactions to things witnessed or described to me. And yet each one I can relate to in some way.”

But she admitted that some strike a chord with her more than the others. She confessed, “Given where I am in my life right now, I do feel particularly drawn to the pieces about expectations, because we all have them — some concept of where we were ‘supposed’ to be at a particular stage in life, who we were supposed to be with, what our vaginas looked like when we got there… (mostly kidding about that last one).”

Still she hopes that all of the stories will impact audience members. And she anticipates that people will walk away with a wide variety of reactions. “I don’t know that there is one message. I think your experience with the pieces really does reflect where you are in your own journey.”

She gave a specific example, “When people have read ‘A Letter to 10 Year Old Me’ they have had two vastly different reactions to it — they’ve either found it very funny or incredibly sad depending on whether or not they are satisfied with the adult they have become. I do hope that every person who reads it/hears it finds something relatable in it — even if it’s to shake their heads at some of the absurdities.”

Proceeds from the event will benefit East L.A. Women’s Center, which Patricia explained, “works to empower and give hope to individuals, families and the community at large. Most of the Center’s clients come to them with issues related to domestic or sexual violence, parenting and child abuse or neglect, access to employment and education, substance abuse and HIV/AIDS. Currently, the agency provides direct assistance to more than 900 women at risk and their families, including nearly 600 pre-school age children. Being able to help a local organization like this is exactly why IBG was founded.”

Patricia talked a bit about the non-profit that she launched in 2008. “IBG Inc. is a non-profit organization focusing on utilizing the power of philanthropy through the arts. We strive to benefit a wide range of micro-funded charities worldwide, by functioning as a fundraising facilitator for selected charities. IBG works to do this by holding special events and auctions, as well as generating merchandise sales and promoting online giving.”

It’s amazing that Steffy finds time for all of her good deeds considering what a busy woman she is. First she has her blog, Datingin L.A. and Other Urban Myths. The site started “as a way for me to process the end of a long-term relationship and what it would mean to start over again in a city like Los Angeles… Since that initial period, the blog has grown to cover thoughts about nearly everything in my life and the lives of my friends, which goes to prove that having writers as friends can be dangerous.”

She’s also developing a web series, which she revealed “tells the tale of an educated, successful business woman (Kate Holt) who finds herself stymied when it comes to navigating the seemingly endless set of pitfalls inherent to the dating scene in Los Angeles. Undoubtedly she has spent too much time wandering through literary realities, but as Kate begins her journey she fervently longs for more formal times where intentions were declared before fluids were exchanged (I might have a thing or two in common with the character).”

She’s also releasing a complete version of My Letters to Fear in book form. Not only will it include all of the pieces that will be performed on June 24th but also there will be a number of new installments that Patricia is developing. And to top it all off she just finished writing a pilot with fellow blogger Danielle Turchiano, who has a site called Made Possible by Pop Culture.

See the reading of My Letters to Fear on Sunday, June 24 at Le Grand Trianon Ballroom at the Beverly Wilshire Hotel located at 9500 Wilshire Boulevard in Beverly Hills, California, 90212. The doors open at 12 p.m. and the curtain goes up at 12:30 p.m. General admission seating in Section 2 is available for $55 per person. VIP tickets, which include Section 1 seating and access to the VIP champagne reception with the talent, are also available.

Jane Lynch Finally Gets Her Due