The Stars of Million Dollar Listing Are Happy to Be in L.A. 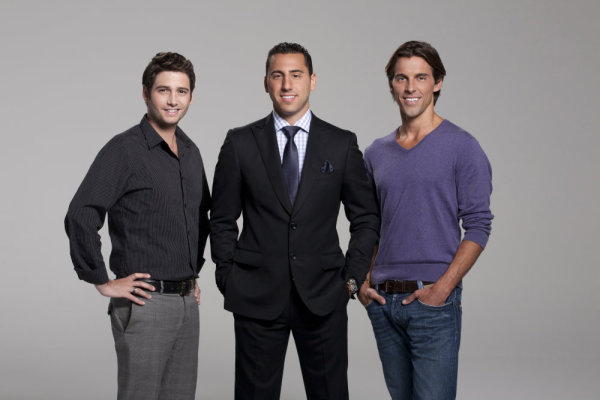 If there's one thing Bravo really knows how to do it's franchising. Look at what they did with The Real Housewives — starting in Orange County and branding out to New York, Atlanta, New Jersey, D.C., Beverly Hills and Miami. They've even branched out to Israel and Vancouver.

So it's not a surprise that they finally took their popular real estate show, Million Dollar Listing, from Southern California to Manhattan this past season. This month the Los Angeles agents are coming back for a fourth go around. So we couldn't resist asking Josh Altman and Madison Hildebrand what they thought of their East Coast counterparts.

In a recent conference call interview Madison expressed his appreciation for the spin-off saying, "I loved it. I thought it was a great show. I like that they franchised it because they had the [Housewives] franchise and now we have our show franchised and I think it’s a great concept. [Everyone] loves it."

Josh had a more personal reason for connecting to the New York version. "I think those guys are hustlers. I actually just closed a $10 million brownstone with Fredrik [Eklund] last week in Manhattan and I think he’s great."

That big deal aside, Josh didn't think that Fredrik and his New York castmates Ryan Serhant and Michael Lorber, would fare to well in Los Angeles. He quipped, "They definitely dress good out there, but at the end of the day I don’t think they can hang with us."

As for Madison, he'd much rather stick to his Malibu location than try to sell real estate anywhere else. He remarked, "I don’t like elevators that much. I prefer to be out here than in L.A."

Still he does see the appeal of the NYC market. He conceded, "I certainly would love to negotiate some of the deals that they do. Some of the building and architecture is amazing. There’s just a lot more information there."