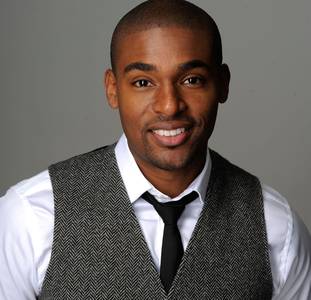 Each week we take a look around our pop culture world and try to find one moment that stood out as the most inspiring. It might be a celebrity who is doing charitable things, a TV shows that inspires us to be better. Here is this week's most inspiring pop culture moment.

Oprah Winfrey is at it again, putting a brand new twist on a tired old genre and inspiring everyone within tear shot at the same time. Her latest foray into reality TV is the not-just-a-dating-reality-show Lovetown, USA. In a recent exclusive interview with the show’s matchmakers and general love brokers, Paul Carrick Brunson and Kailen Rosenberg talked about how they worked with the entire community of Kingsland, Georgia on a 30-day social experiment.

Although the series was originally devised to be a more traditional one, helping singles search for the perfect relationship, Winfrey changed all of that. As Kailen recounted, “Oprah came into Love Headquarters and sat down with Paul and I and really talked about what was this plan, what were we trying to do, how did we think we could possibly take this town and transform it in just 30 days. And make it real, not just TV.”

Together they came up with a Love Action Plan. Kailen described the experience, saying, “We talked about getting together, which we did, with the Mayor and the different heads of the town and the influential people in town in different areas. And we came together to look at all the areas in need from people that were feuding, whether it was families or businesses or neighbors, singles that were really stuck, the marriages that were broken to children who had need in regard to prosthetic limbs. Anything that was a little bit off center from balance and fulfillment, we needed to come in and start looking at.”

They came up with clever ways to encourage good deeds. Kailen described one of them, which they called Love Trees, ”We had these fruit trees and we told people to go ahead and find little notes that they could write on acts of kindness that they actually did themselves or witnessed and place it on the Love Tree. And once the tree was full then we would plant it and the fruit that it bared, would actually feed people that were hungry. So it was this cool full circle concept.”

Her relationship coach partner, Paul, was happy that the participants reached far beyond the community’s elders. He acknowledged, “What happened with the young people in the town was very profound... As you can imagine there’s lots of challenges that young people have in high school — fitting in and other issues and you’re going to see the young people come together and galvanize and use that for good. And to see their eyes open and for them to almost wake up in a sense and realize how much power they truly have and how big their voice truly is even though they’re in these little bodies because their kids, but how big their voice is, that is awesome. And that changed me… It was incredible.”

He recounted an example that particularly touched him. “One story is around a young boy that’s in the town, that is facing some just amazing hardship. And you see the young people in the town group up around and help him. That is a very powerful story. And I still keep in touch with all of those boys, there was a group of boys that help out this young man. It’s one of those where it’s guaranteed to bring tears when you see it.”

This Week's Inspiring Pop Culture Moment: Got Your 6