This Week's Inspiring Pop Culture Moment: Got Your 6 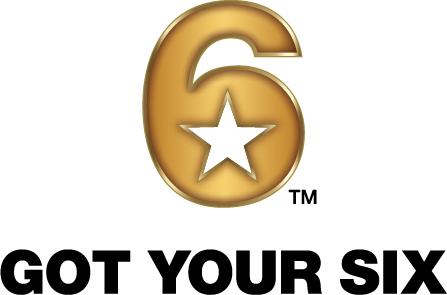 In an era when Terminator’s become governors and politicians are accused of being too connected to Hollywood, there is something coming out of the entertainment world that we can all get behind. The Got Your Six campaign is a bi-partisan movement led by the heavy hitters in the TV and film industry with a goal of helping our military vets step back into civilian roles.

It was founded a little over a year ago by some of the biggest forces in the industry including all the major networks and studios. Stars like Alec Baldwin, Tom Hanks, Brian Williams and Sarah Jessica Parker got together to make a PSA supporting the organization. And now Flo-Rida and Willie Nelson join the campaign with live shows.

Last week it was announced that two benefit concerts will be held in support of the Got Your Six campaign during the Republic and Democratic conventions. Willie Nelson and Jerry Jeff Walker will take the stage at a Got Your 6 event on August 29, 2012, during the Republican National Convention in Tampa, Florida. And Flo-Rida will perform one week later during the Democratic National Convention event in Charlotte, North Carolina, at a second Got Your Six soiree.

Executive Director of Got Your 6 and former Army Blackhawk helicopter pilot Chris Marvin stated, “With the support of this amazing line-up of artists, our two concert events this fall will bring a national spotlight to the urgent need for programs that bridge the gap between military service and civilian life.”

He continued, “This election cycle is extremely important for veterans of Iraq and Afghanistan, making it especially important for Got Your 6 to bring increased awareness of veteran issues to both parties at the Republican and Democratic National Conventions.”

In military terms, Got Your Six, means “I got your back.” And that’s what this organization hopes to convey to our vets all around the country who have dedicated their lives to our service. They focus on six pillars of reintegration — job, education, housing, health, family and leadership. Each pillar has a group of experts who have created tangible, trackable goals to aid the more than 100 million service members who will be in transitioning back into civilian life over the next five years.

Leaders in the entertainment industry are the driving force behind getting this message out to the public. But it’s not just up to the celebs to take care of our vets. We can all pitch in. Visit GotYourSix.org to find out how you can help. From hiring a vet to giving blood to interviewing a service member, we can all spread the word about Got Your 6 and help the people who have sacrificed so much for us.