Dianne Burnett Talks About Her Marriage to Her Ex-Husband Mark 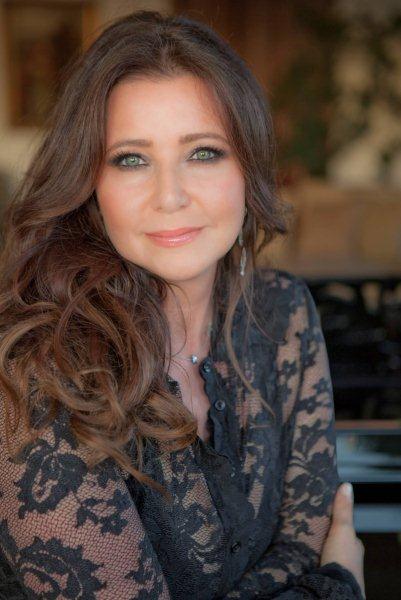 In her new book, The Road to Reality: My Journey as a Real Life Survivor, Dianne Burnett gives a behind-the-scenes look at the life of one of reality TV’s most prolific producers — her ex-husband, Mark. They met long before he was a television legend and she was by his side when he launched both Eco Challenge and Survivor.

Unfortunately in 2003, Dianne discovered that she could not “outplay, outwit and Outlast” her husband and then marriage came to an end. In a recent exclusive interview she talked about what she learned from her marriage.

Dianne admitted that the greatest lesson she took away from her union with Mark Burnett was forgiveness. She conceded, “Opening your heart, it can get broken. And you just have to learn to forgive. Why is it such a terrible thing when a marriage comes to an end? That’s just our belief system that if a marriage comes to an end it’s horrific. I’m excluding any kind of abuse, physical or mental. But if something comes to an end, why do we feel like that’s the be all, end all. If we just shift our thinking that this is just a chapter ending and this happened for a reason. We’re on our destiny. We’re on our path.”

She added that she’s come to terms with the fact that not all marriages are going to last forever. “People are brought into our life at different periods to show us things. Some people have the same person in their life for two years, twenty years, fifty years.  But I’m not looking at divorce and relationships ending as a terrible thing. I’m looking at it as a positive thing. And my most recent relationship just ended. And everybody’s like, ‘Oh do you feel like you wasted all those good years? You could have had this and you could have had that.’ And I’m like, ‘No. This is the way it was supposed to be. There are no mistakes.’ So he was in my life, maybe a little bit longer than he was supposed to have been, but there’s no mistakes.”

Instead she chooses to focus on the knowledge she gleaned from each experience. “I look at it as, ‘Okay, what did I take from that? What was the good stuff and what was the bad stuff that I need to learn and look out for it in the next relationship. Or say, ‘Okay, I see those red flags. I’m going the other way.’ So that’s what I think about my marriage to Mark. There wasn’t really anything bad. Yes, things happened and we’re all human. People do things and the biggest thing I had to know, and I think women feel this way, is it’s our fault. ‘What did I do? What could I have done better? What could I have done different?’ And I think that’s why we all go into a tailspin.”

Dianne is clearly grateful that she was able to focus on the positive when her relationship with Mark came to an end. She admitted, “Luckily I pulled myself out without drinking and taking drugs and ending up in a rehab. I took spiritual classes. I read a lot of books. I did a lot of retreats. I did a lot of stuff in nature. And I pulled myself out of it on my own. And that’s what we need to do. We just need to take our time to heal.”

Part of that process was writing a memoir about her experiences. She explained, “I wrote the book because it is an inspiration when I read books going through anything we go through. It’s always helpful to hear about other people who have gone through similar situations. Finding light at the end of the tunnel, that’s what we all want to know about. Are we going to come out the other side feeling better? And that’s what my story’s about. So I think it’s going to help empower and inspire other women.”

That doesn’t mean she didn’t have a certain amount of trepidation while she was penning the book. Dianne confessed, “That’s why I took 100 pages out. I read it over and over and over. It was a four-year journey. I have five versions of my book, depending on how I felt at the moment. And that’s why I didn’t write it the first three or four years after Mark left because you have to go through a healing process. So if I had put a book out when people were asking me to write a book, it would have been a different story. So you have to go through the healing process and get through to the other side to be able to help inspire other people. If you’re coming from an angry place, that’s not going to do the job.”

Read Dianne’s story in The Road to Reality: My Journey as a Real LifeSurvivor, available now on Amazon.