Eric McCormack Has Left Will Truman Behind on Perception 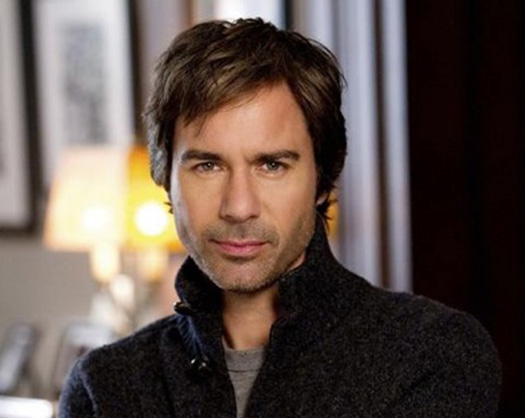 To many TV fans Eric McCormack will always be Will Truman from the series Will & Grace. He was the buttoned-up, lovable gay lawyer who liked to have everything in its place and took his style very seriously. Eric’s new role on Perception could not be any further from this iconic character. Dr. Daniel Pierce is a paranoid schizophrenic and a neuroscience professor. He is often disheveled, never fashionable, and always unbuttoned — literally and figuratively.

Perception premiered in July and we spent the summer completely forgetting Will Truman and falling in love with Daniel Pierce. McCormack takes on the persona so completely, that even the biggest of W&G fans would not remember it was the same actor in both shows. In a recent exclusive interview we asked Eric how he managed to shake the old, beloved character and become a new one.

He responded, “Time helps for one thing. I don’t know that I could have done this three weeks after finishing Will & Grace. You need distance from a character for sure. But also, I think what happens sometimes is, particularly with a show like Will & Grace, you start to confuse yourself and the character in terms of how you move and how you speak. There’s a lot of that left over. I and started to realize, that’s not me that is a lot of the choices I made. So now I can make new choices and I can look at a character fresh.”

He also credited the people at TNT and in particular the network’s president Michael Wright with encouraging his transformation. He recalled Wright saying, “I don’t want you to look like you. I don’t want to shave. I want you to look totally different.” Eric continued, “I was given free reign to completely reinvent myself and be true to the character.”

Despite the fact that Daniel is a brilliant mind who knows everything there is about human behavior, his brain is his own worst enemy. But because of his in depth understanding of how people think, he is tapped by the FBI to help solve murder cases. He puts his puzzle solving ability to good use and oftentimes consults his own hallucinations to sort out the details in his head.


During the course of the season it’s revealed that Daniel has consciously chosen to not take his mind-numbing meds. And while he feels more in touch with his own mental state, as the episodes progress, Daniel’s capacity to separate reality from hallucinations deteriorates. And by part one of the first season finale, he has a complete emotional break. Eric’s performance in this episode is certainly Emmy-worthy and ended with an amazing cliffhanger. Tonight’s completion of the finale will most likely leave fans counting the days until Season 2 returns in 2013.

After the somewhat heavy interview discussing acting and schizophrenia, we had to ask Eric a few light-hearted questions. He said that aside from his work he is most passionate about his family and Vancouver. He replied, “My son and doing outdoor things with him. I’m passionate about us as a family. My wife and my son like having fun. We’re a good threesome. And I’m extremely passionate about Vancouver where we built a house. L.A.’s been my home for a long time but when we can we try to get there. And I try to turn every American that I can on getting their ass up to Vancouver at some point in the summertime and seeing that city.”

And as for which pop culture icon he would choose to be for a day? He answered, “It would probably have to be a rock star. It would have to be, well just in terms of performance it would be Elton John or Freddy Mercury, but in terms of the sex it would be Jim Morrison.”