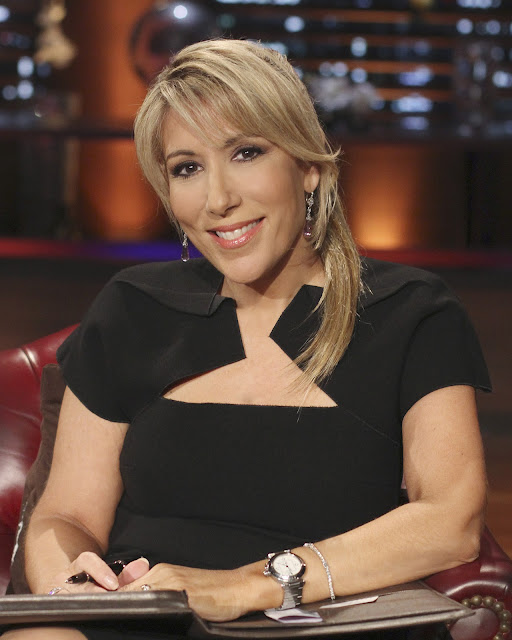 Lori Greiner made a huge splash when she dove into the Shark Tank last season. The new kid on the block shocked everyone when she wrote a $500,000 check on the spot to invest in an after-pool cover-up called the ShowNo. She took that product all the way to a deal at Disney World. But it was an item called Readerest, which attaches people’s glasses to their clothes, that helped her surpass the $3 million mark in under a year.

Of course, turning a profit on a great concept isn’t a new notion for Greiner. She’s been doing it on QVC for over ten years with offerings like the Safekeeper Mirrored Jewelry Cabinet and the Mega Mighty Hands Easy Opener. These are just a couple of the 350 products she’s developed. In fact she holds 110 U.S. and international patents.

At a recent press event, Lori admitted that she has a knack for creating and finding the next big idea. “It’s just my thing. I can tell instantly if a product’s going to be a hero or a zero, because I see a product, I know what it does, I know immediately.”
But that doesn’t always mean that Lori wants to work with the entrepreneur who came up with the idea. She conceded, “The question is, who’s the person and what have they done with it. And what can I do with it? So sometimes I’d rather just get rid of the person. Make them happy. Give them money. But say, ‘I can take this and on my own, without having to deal with back and forth with you, I can take this and make it a huge success.’ Sometimes the person’s wonderful. And then that’s great, we can work together and make it a huge success and they’re a part of it and they watch their baby grow. So it just depends on the person.”

Even though she obviously came into the Tank with a world of experience, Lori acknowledged that she’s learned a lot from her fellow investors — Daymond John, Kevin O’Leary, Robert Herjavec and Barbara Cochran. Lori remarked, “They’re all brilliant. It’s fascinating for me to hear their perspective and sometimes learn about things that I’m not as strong in. And sometimes they’ll have a perspective about something, I think I’m so right and I know what I’m talking about and then they’ll bring up something and I’ll say, ‘You know, that’s something I didn’t think about. It’s something I didn’t consider.’”

That’s one of the reasons that viewers are also drawn to the series. As Lori noted, “We’re constantly, along with the audience, learning things as well. The audience watches the show a lot to learn how do I get to where we are and it’s great that we’re helping educate them. And meanwhile we’re also getting an education out there — even from our entrepreneurs sometimes.”

Learn along with the sharks on Shark Tank every Friday night at 8 p.m. EST/7 p.m. Central on ABC.