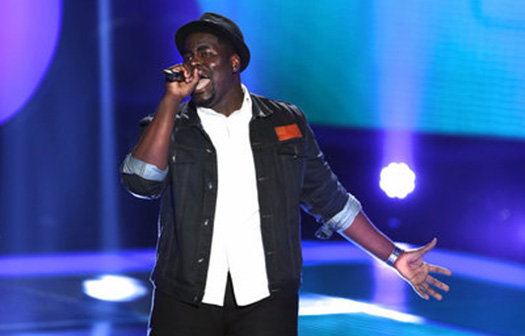 Every contestant on The Voice has a story. Each one more touching than the last. But the singer that inspired us most was Trevin Hunte. The 18-year-old from Queens, New York, was a victim of bullying all through high school. In a recent confernce call interview he said, "For me when I was growing up I wasn't the most vocal type of person. I was always the type of person to always stay in the background. And I used to get picked on when I was in school… It was hard for me growing up.” He even had a teacher tell him he would never amount to anything, so why even try.

But Trevin did try and when he tried out and made the blind auditions for The Voice, he thought his luck may have changed. He sang his heart out in his rendition of “Listen” from Dreamgirls. And he inspired Cee Lo Green, Christina Aguilera and Blake Shelton to turn around and convince him to join their teams. In the end he chose Team Cee Lo. He stated, “In the back of my mind I've always wanted to work with Cee Lo mainly because I'm also a songwriter and I feel like if we were to come together and make something it would be something very epic. But I got to say when Christina turned around for me first it was kind of crazy and in my head I was actually startled and I was going back and forth. But I just listened to my heart and I listened to my mind and it told me to go for Cee Lo.”

And he hopes Cee Lo will hep him bring out a range of styes in him. “I just hope that I can show people that I have a other side to me. I feel like I do have a powerful voice but I feel like people put me in a box as far as singing strong ballads. And I think with being on the Cee Lo Team I could have a chance with doing some pop and even venturing out to do some country and switching it up and making it Trevin.”

And you may be surprised to hear what he would like to say to that teacher that encouraged him to give up. He said, “I would like to thank her actually. I’m very thankful that she said that because it took that for me to actually turn it into something positive. And I guess that's why I passed the blind auditions. I'm just so grateful and thankful to have made it past the blind auditions. And I thank her for that honestly for pushing me.”

See how Trevin does on The Voice on Monday and Tuesday nights at 8 p.m. EST/7 p.m. Central on NBC.