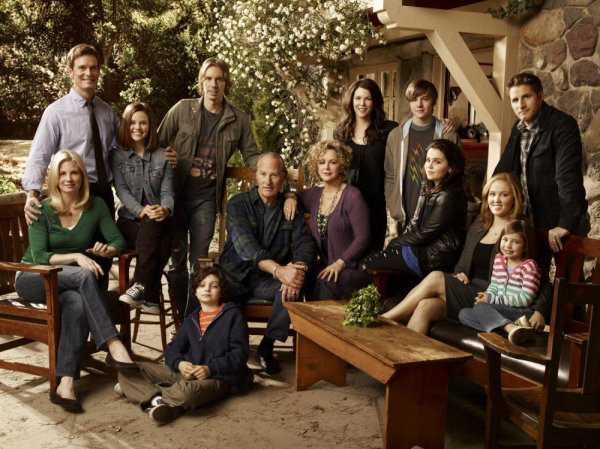 There were a lot of groans and cautionary murmurs when Parenthood revealed its latest major plot twist this season — Kristina Braverman has breast cancer. Were they going too far? Was this jumping the shark? Did this storyline put these characters into soap opera territory instead of a true-to-life TV drama? After all, how often is one family afflicted with both a child with Asperger Syndrome and a mother with cancer?

Well, here's the thing, Jason Katims, who created the series and comes up with the stories, has based both these plots on his own life. And we applaud him for tackling the tough issues with such realism and believability. In a recent conference call interview, Jason talked about how both issues affected his life and why it was important to him to handle them cautiously.

He added, "We're lucky to have this incredible cast and actors like Monica [Potter] and Peter [Krause] and the rest of that cast, to tell these stories. And I felt we can do it in way that was honest."

Having been through the process himself he knew the story he wanted to tell. "The whole thing with going through something like this, that I've found, was that you go through it, but as you're going through it life goes on. You have your children, getting your children to school and doing all the stuff of life still continues. And I thought that was really something that was important to me in the way that we told this story. That it would have the ring of truth to it."

Jason also has included another storyline on Parenthood that has touched his own life — raising a child with Asperger Syndrome. He recalled struggling with including the plot and whether or not he could find a child actor capable of handling the nuances of the role. He did in Max Burkholder, who is brilliant in his portrayal of Max Braverman. Jason remarked, "One of the things that happened early on the show was… people in the audience asking me if we were going to keep telling that story or not or was this something that was just going to go away? And I knew from life that it doesn't go away, that it continues and goes through many stages and many incarnations. And It's great that we've been able to really follow his story as he grows and develops."

But Jason has learned a lot from his personal hardships and is sharing these experiences with the TV audience. He noted, "I've found going through this that as difficult of an experience and terrible things that it is to go through, there is are silver linings, and one of them is that you really wind up appreciating life so much. That's what really you come out with, is you realize the fragility of it all but also how precious it is. And that whole expression of don't sweat the small stuff, really hits home a new way."

For related stories check out:
In Honor of "Parenthood:" Our Favorite Craig T. Nelson Role