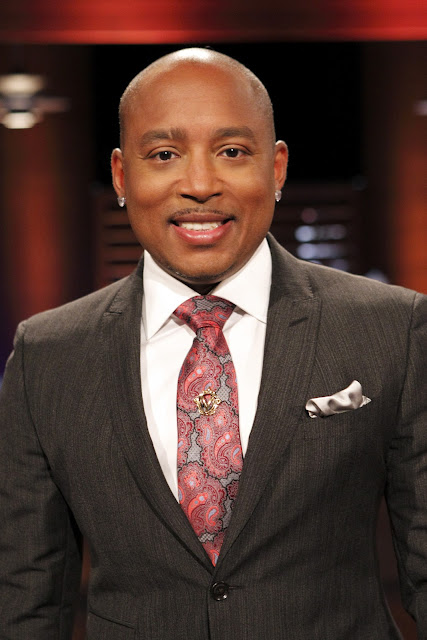 Long before Daymond John dove into the Shark Tank, he was an aspiring entrepreneur with an idea. It was simple enough — make a bunch of wool hats and sell them on the streets of New York. With hard work he transformed that concept into FUBU, a $350 million a year business.

So suffice it to say he gets what it’s like to be a budding businessman. At a recent press event, Daymond talked about why he chooses to take a chance on someone on Shark Tank. “I invest in entrepreneurs themselves. The rare cases you see us say something like, ‘I’ll give you a million dollars but I’m firing you tomorrow.’ [That] means the idea is superior to the person. But generally if you invest in that entrepreneur, whether that succeeds or fails or not, we’re going to do something else together and we’re going to make some money if I see you knew how to handle the business.”

But perspective participants shouldn’t count on a good personality or a sad story to land a deal with Daymond. They won’t sway him to invest in a concept that he doesn’t deem worthy. But the shark admitted, “Inspirational stories, though, tip me. It could be a product that is not the best product in the world but I hear the person’s story and I go, ‘I couldn’t have survived what they went through and had this type of discipline at that point and these types of dreams and I need them around me.’”

One such case occurred in Season 3 of the series. Billy Blanks, Jr., son of the Tae Bo creator, entered the tank to pitch his own exercise program. In trying to seal the deal, Daymond mentioned that he’d like to team Blanks up with his connections at Zumba to provide the necessary infrastructure for success. But Billy, who revealed that he and his wife were homeless for a time as a result of pushing the work out program, thought Daymond was trying to rebrand him and walked out on the offer.

In a rare move, Daymond followed Billy out of the room and further explained the details of the deal to the “Dance with Me” mastermind and his wife. John explained why he wanted to follow through with them. “The frustrating part was that, he went through a very challenging time. And I think that he and his wife were very spiritual people and he just didn’t understand the business. I wanted him to turn down the offer on exactly what the offer was.”

Daymond continued, “His perception of the offer was, ‘I’m going to put you into Zumba and you’re going to make Zumba tapes and it’s going to be called Zumba and you’re just some guy on Zumba.’ And I wanted him to know that that wasn’t the deal.”

He may be on a show with a cutthroat reputation, but John remarked that attacking entrepreneurs is not the points of the series. He acknowledged, “We’re sharks because we fight with each other. When you’re looking at a potential partner the worst thing ever to do is to go into business manipulating a person and making them feel like they got exploited or something of that nature.”

He wanted to make sure Billy knew that this was the case. Daymond recalled, “So I went in there to explain to him that that’s not what I’m trying to do with you and it worked out for the best. And he’s very, very happy, very fortunate. And he’s running around dancing his ass off.”

Watch Daymond John make his next big deal when SharkTank airs on Friday nights at 8 p.m. EST/7 p.m. Central on ABC.
Posted by Pop Culture Passionistas at 2:00 AM