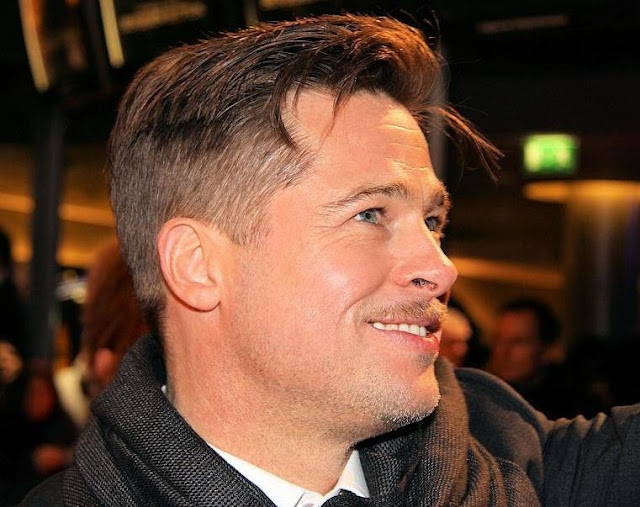 It's down to the wire in the November election, which will not only determine the next President of the United States and many congressional seats, but as always the ballots will include referendums in each state covering measures from tax reform to state budget and food labeling to tuition rates. One big hot button issue this year is marriage equality. Four states will vote on same-sex marriage this November — Maryland, Maine, Minnesota and Washington.

In an effort to support gay and lesbian equality, Brad Pitt has stepped up and donated $100,000 to the Human Rights Campaign. The "Killing Them Softly" star agreed to match up to one hundred grand in contributions from the organization's members. This is not the first time Brad has stepped up for gay rights. In 2008 he also donated $100,000 to California’s Prop 8 battle.

In an open letter appearing on the HRC website, Brad wrote, "It's unbelievable to me that people's lives and relationships are literally being voted on in a matter of days… Voters will go to the polls to decide if gay and lesbian couples – our friends and neighbors – are worthy of the same protections as everyone else."

Brad and his fiance Angelina Jolie have been very vocal supporters of gay rights. In fact, they have sworn not to marry themselves until it is a right all citizens have. In the letter he stated, "I'm not going to back down from the fight for loving and committed couples to have the ability to marry."

In closing he added, “Every person's right to life, liberty and the pursuit of happiness is enshrined in our country's Declaration of Independence, but powerful, well-funded groups are flooding the airwaves with lies trying to take away those rights from certain people... and we can't stand for it.”

HRC has spent over $8 million in the fight for marriage equality, $5 million in these four states alone. If you want to join in Brad's commitment to the gay community visit the HRC site for more details.