Sean Lowe Talks About The Bachelor 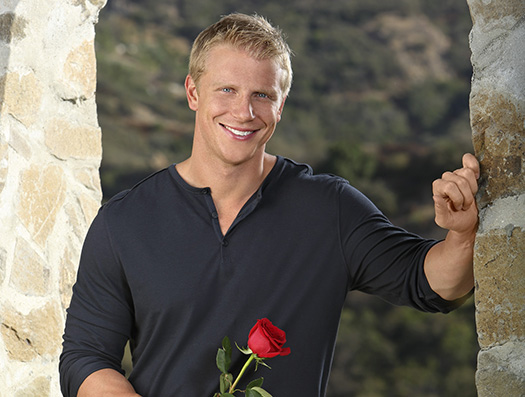 After leaving The Bachelorete broken-hearted over Emily Maynard, many wondered if Sean Lowe, a fan favorite, would return for his chance at redemption. And the answer was yes. Sean, the golden haired, good boy, who punked Emily into thinking he lived with his mom on their hometown date, will be back this season with 25 women vying for an engagement ring. In a recent conference call interview Sean discussed Emily, why he returned and what he’s looking for in a woman.

On Contacting Emily When She Broke Up with Jef
“I heard about their split actually in our final destination.. Even before I decided to do The Bachelor, I knew that Emily wasn't the one for me and that became clear over time. And while I certainly wish her the best and I want nothing but good things for her, I know she's not the one for me. I'm sorry it didn't work out with Jef because I know he's a good guy and I really like Emily as well. I certainly hope for happiness with her in the future.”

On Why He Returned to The Bachelor
“I was hoping that I would find the woman I want to marry. My feelings for Emily were very real and most of the people who watched the show could recognize that. I was just hoping that I would have those same feelings, if not stronger, for one of the 25, or in this case, 26 women.”

On Hesitating Before Accepting the Gig
“When they called me and initially approached me about being the bachelor, I told them I needed time to think about that. And, I took a week, and I talked with family, and I prayed about it, nd at the end of the day, I knew that I am in a position where I want to find the love of my life and, as crazy as it sounds, I think that you can find that person on The Bachelor if the stars align. I just felt like I owed to myself to give it a try.”

On What He’s Looking for in a Woman
“I really wanted to find my best friend. Someone that I can really see myself spending every day with and just enjoying being with them and being their partner for life, so to speak… I was looking for someone who was smart, a woman's intellect is probably the sexiest thing for me. And then I wanted someone who was funny and then I really wanted someone who just had a good heart. Someone who is genuine and caring and loving and possesses all the qualities that you would want in a wife.”


On the 26 Women This Season
“The producers did an excellent job, and I told them before I accepted their invitation to be the bachelor that I obviously want girls that are well-suited for me. My experience on The Bachelorette, I got to know the producers really well and I think they got a sense of who I am. And I was blown away by just the amount of wonderful women that we had this season — smart, well-accomplished, funny. And you'll see that causes internal problems for me as the season progresses because I get to a point where I think, ‘Wow, I've got so many wonderful women, I don't know what I'm going to do.  I don't know how I'm going to sort this out.’”

On the Cattiness in the House
“You've got 26 women in a house. Of course, there's going to be drama and there's going to be a little cattiness. That's inevitable when you put that much estrogen into one house. You'll see a lot of excitement. You'll see drama, as I just alluded to, and you'll see women who really, one of my fears going into this was that, women wouldn’t be there for the right reasons, but I was so pleasantly surprised to find that these women really, they've put their hearts out there and you're going to see them develop really strong feelings for me. And, that is good and bad for me because I started to develop strong feelings for them as well.”

On Whether He Plans to Propose in the Finale
“I went into it open-minded hoping that I would feel that way, but I'm not going to propose to anyone if I'm not ready or if I have any doubts about our relationship. I went into it with a very realistic mindset, and I told myself, ‘If I have any doubts at all, there's no pressure to propose.’ We can obviously continue a relationship in the real world until I feel like it's appropriate to propose to her or I could say no to both the final two women.”

On What Viewers Will Learn About Him This Season
“The people will see my personality shine through a little bit more. With Emily, it seems like everything they aired, it had me being a little bit more serious outside of the prank, and I think maybe part of that was because Emily is very proper and she's this Southern lady. But, this season people are going to see my sense of humor shine through, and they're going to see me a lot more relaxed and goofy, so to speak, and you're not going to see all the serious conversations that I seemed to have with Emily. You're going to see those, of course, but you're not going to see every conversation I have with every woman be so serious in nature.”

On What He Learned from The Bachelorette
“On The Bachelorette, I made a point to just be myself and put my heart out there and, as you saw on that second-to-last episode, I went home and I didn't expect it, and I had my heart broken. But I knew to have a successful experience on The Bachelor I needed to do the same thing. And so people will see the same genuine person that's on The Bachelorette, and you're going to see me laying my heart on the line, and I say several times this season, ‘I'm putting my heart out there and whoever wants to take it, feel free to take it.’  That's how you have to go into this if you really want to find true love.”


For related stories check out:
Ashley Hebert and J.P.Rosenbaum on life after The Bachelorette Wedding
The Bachelor Pad's Chris Harrison Addresses Internet Rumors