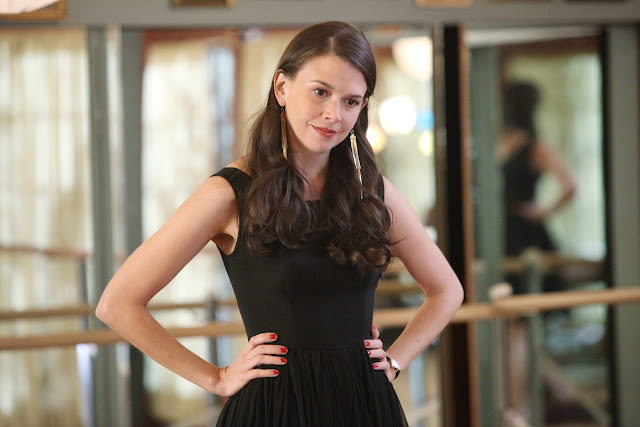 Since 2007 there’s been a Gilmore Girls size hole in our heart. No matter how much we tried to latch on to the latest coming of age show, nothing took the place of our favorite show.

For a while we thought we just missed seeing Lauren Graham every week. And we were thrilled when she joined the cast of Parenthood. And while we love watching her TV romance with Ray Romano unfold, we will forever miss her snappy repartee with her once and forever (in our eyes) on-screen daughter Alexis Bledel.

But last June something magical happened. Gilmore Girls creator Amy Sherman-Palladino returned to TV with a new show. Sure, she’d tried before back in 2008 with the way too short-lived The Return of Jezebel James. But her first-post GG attempt fell flat and was canceled after just four episodes. We were worried that her new outing, Bunheads, might suffer the same fate.

Yet within the first few moments of its debut it was clear that ASP was back in full force. Two-time Tony-winner Sutton Foster brought that sing-song-y rhythm to Amy’s dialogue that we had missed so much. And her chemistry with Gilmore Girls alum Kelly Bishop could rival that once enjoyed between Lorelai and Emily at any Friday night dinner.

And there were all those delicious pop culture references that were once crammed into the corners of the Dragonfly Inn. Where else would you find a character named Hubbell a la Robert Redford in The Way We Were alongside a salute to Robin Williams in Dead Poets Society?

In a recent exclusive interview we talked with Sutton about whether or not she got all of Amy’s subtle nods. She confessed, “I have to say that I don’t think anybody can be as well versed as Amy in pop culture. Most of them I can get and then occasionally I have to look stuff up because I’m like, ‘I have no clue what that is.’ So I do a lot Googling and I watch a lot of YouTube stuff to make sure that I really understand.”

After all, she acknowledged that the Bunheads mastermind is ruthless when it comes to keeping one’s finger on the pulse of the pertinent zeitgeist. Sutton remarked, “I try to do it all before the table read because if I come in and ask her like, ‘Amy, I don’t understand what this is.’ She’s like, ‘Oh, I can’t believe it!’ She’ll throw you under the bus. So you try to figure out as much as you can on your own.”

Okay, so there’s that ever-present fear of embarrassment. But Sutton conceded, “It’s so fun to be able to throw those references around and Amy makes you feel and seem much smarter than you really are.”

And if there’s one thing we love more than the Gilmore Girls and pop culture nods, it’s siblings working together. So the news that Sutton’s brother Hunter will be guest starring on the show this season put us over the top.

They’ve already started shooting together and Sutton’s even sharing her home with Hunter while he’s on the West Coast. She revealed, “He’s living with me as well. We were like, ‘We haven’t lived together in like 25 years, in the same house.’”

Despite the fact that they’re both Broadway stars, they’ve never really worked together before. As Sutton noted, “It’s the first time we’ve ever acted against each other and it’s just wild. It’s such a gift. It’s such an opportunity. I feel lucky. It’s been really, really, really cool. He’s an amazing actor and an amazing person.”

And the best part is she didn’t have to force the notion upon her Bunheads boss. As she recounted, “This is all Amy’s idea. She wanted to introduce a brother character for Michelle and then she’s like, ‘I want your brother to play your brother.’ And I was like, ‘Okay, that would be amazing.’ It’s just been really, really, really cool.”

It’s only a few short weeks until Bunheads returns. Tune in to the winter premiere on January 7 at 9 p.m. EST/8 p.m. Central on ABC Family.
Posted by Pop Culture Passionistas at 2:00 AM