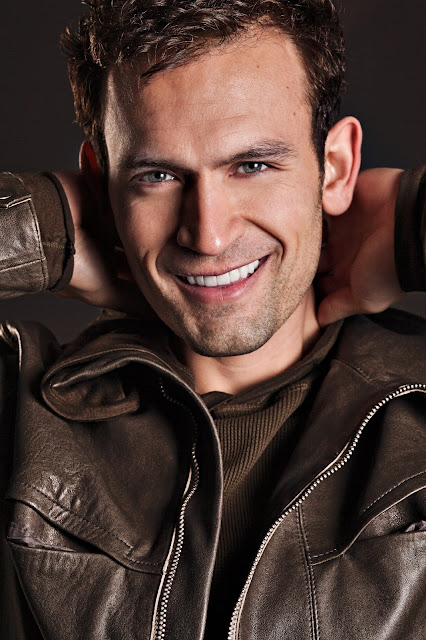 Don’t let the title fool you. David Mamet’s new HBO movie Phil Spector is not based on a true story of the legendary music producer. As viewers are quickly told, “This is a work of fiction.” And, besides, it’s not so much the tale of the man behind the wall of sound but more the unraveling of the events through the eyes of Linda Kenney Baden, the attorney who represented him in his murder trial in the death of Lana Clarkson.

For our part, we were far more interested in a new actor who has hit the scene in the HBO project — Philip Martin. Although this breakout star is experienced on the stage, his role as a member of the Spector defense team is his first high-profile TV gig.

In a recent one-on-one interview he talked about how he got the role, “I did an L.A. program with [Atlantic Theatre Company] and David Mamet had taught a couple of guest classes. And I did a scene for him with my scene partner… I remember that morning I was going to go in front of him and I was just like, ‘Okay, I gotta suit up and show up.’”

He clearly impressed the iconic director. As Philip recalled, “Afterward David just stood up and he was like, ‘That was great. That was awesome.’  And he was like, ‘Don’t you guys think that was great?’ And everybody was like, ‘Yeah. Yeah.’ And then I talked to him afterwards… And I said, ‘Thanks for the encouragement. I really appreciated it.’ And he was like, ‘No, you did a great job. You deserved that compliment.’ And that started our relationship.”

The young actor stuck in the Pulitzer Prize-winners mind. As he recounted, “Every time I would see him he’s like, ‘I got something in mind for you.’ That something was the part of James Lee in “Phil Spector.” Philip says he managed to keep a “cool and calm” demeanor when he was finally offered the role.

And luckily he maintained that vibe when it came time for his first close-up alongside no other than Oscar-winning actress Dame Helen Mirren. Philip conceded, “I relied on my craft and my training. I was just thinking, ‘Who’s this Linda Kenney Baden lady, coming into my office?”

Luckily for Philip, Mirren’s demeanor was a bit gentler. He reflected on their time in front of the camera, saying, “Being with her and working on that scene together, the best part about it was that I had someone there that really was loving and giving even though our characters were in a different place.  And I remember afterwards she just gave me the nicest compliment. She was like, ‘Good job, that was great.’”

Philip continued, “Afterwards it literally felt like a spiritual experience. My body was completely relaxed. Working with her on my first close-up, it just felt like I had meditated and reached nirvana for 20 seconds.”