David Appel Talks About His Time on Fashion Star 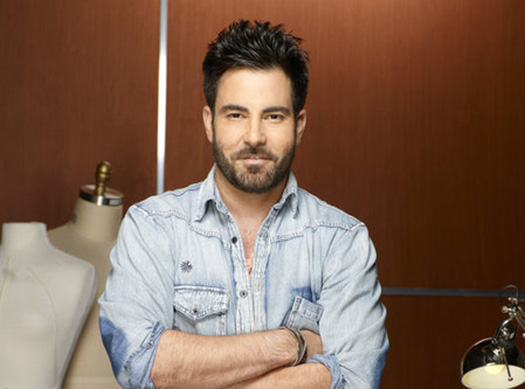 David Appel, a Los Angeles Based fashion designer, got his start as a soccer player, but found his passion in clothing design. Before joining the Fashion Star cast he started Blue Tattoo Denim, a men's and women's denim line sold at Bloomingdale's and Nordstrom. He also sold clothing to Kitson, Gilt, HauteLook, Atrium, Neiman Marcus Last Cal and is co-owner of Cohesive. He was eliminated in week three when none of the buyers bid on his look in the Something for Everyone challenge. In a recent conference call interview, David talked about being on the show and what he’s doing now.

On the Most Important Piece of Advice She Got from His Mentor Jessica Simpson
“She was very helpful. She basically talked a lot about not knowing too much about men but knowing what likes in her husband. And listening to her as she knows basically what sells. She’s a got a $300 million company so knows what sells as far as men go and helping me out on the show.”

On Buyer Feedback that He’ll Carry Forward in His Design Work
“For me, the buyers’ critiques would have been better if they were done before the show even started before our first episode. [If they could have] put us in place in what they’re looking for would’ve been a lot better and a lot easier from the get go. We saw them after our first show and from there it’s like now I’ve got to change everything. So if you had some perspective on what the buyers wanted beforehand. All the buyers for every store are different, every single one. Then you’re just dealing with three and three very different stores. So it’s very difficult to take from them and then and when you’re put in a frantic situation of actually designing and having to figure out what you’re going to make once you’ve actually spoken to these buyers, things change. What they told me doesn’t really translate to what I’m taking into my business, to tell you the truth.”


On What Advice She Has for Aspiring Designers
“Go intern for somebody. Don’t try to pop into the industry, go intern for something then go work for somebody. Learn the methods of the clothing industry, from design to production to everything that goes into it to sales to PR. You need to learn that before you step out into the real world of owning your own brand or starting your own brand. Even if you think you have the best idea, that’s a one in a million chance. And you need to learn the ins and outs before you get out. Because it’s rough.”

One the One Lesson She Took from Fashion Star
“I went to fashion school on Fashion Star on TV which is cool because I’ve never draped before. I don’t think I’ve ever draped anything. I was a complete jock in high school and in college and played college soccer, so fashion to me was, I’d just been going along in fashion. I had no idea how to do any of this stuff. So honestly, my design skills are ten times better than what they were and now they’re more in perspective. It’s kind of odd to be on a fashion reality show in general, but to actually learn something on a fashion show is pretty cool and to take it into my business is what I’m doing now. And if you take a look at my spring line or my summer line and my fall line, my line cohesive. It’s ten times better.”

On What He’s Doing Now
“After the show I went back to my creative director and owner of a line called Cohesive and Company. It is a full menswear collection. I also do the kids wear collection. Both my kid’s and my men’s are sold in Bloomingdale’s amongst other stores around the nation. I do a lot of private label for a lot of companies. I’ve done private label for K-Mart. So basically coming back I got enthused more, I got energetic from the show and moved into this whole world of trying to build my brands to a megabrand.”