The Best of the Upfronts to Date 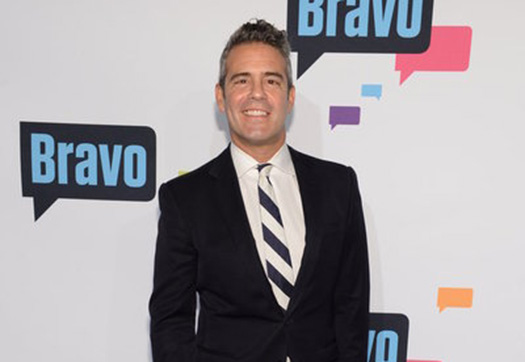 The Upfronts, the yearly event where networks pitch their upcoming seasons to ad buyers, started early this year. Oxygen kicked them off in February. The heavy hitters don't come around until May but a lot of the cable channels are diving into the pool. To us it's like when the Sears Catalog used to come around Halloween and we got to peruse the pages and make our Christmas list. But with the Upfronts, we get a sneak peek of what's coming up next TV season and begin making our lists of what to watch. Here's the best of what we've seen so far.

Bravo Goes Scripted
Bravo has become one of our favorite networks by perfecting the reality genre and bringing some of our most loved shows like Project Runway (before it moved to Lifetime), Top Chef and, yes we admit it, some of the Real Housewives series. But this season the network will dip its baby toe into the scripted waters with four original offerings. While none of them sound completely like our cup of tea, we always give Andy Cohen the benefit of the doubt as a tastemaker, so we'll check out Girlfriend's Guide to Divorce based on the book series by Vicki Iovine; Heiresses, about wealthy New York diamond families; and High and Low, an '80s period drama with two brothers working together.

Disney — Girl Meets World
Disney went full force pitching it's highly-anticipated spin-off of the '90s sitcom Boy Meets World. The Mouse house hopes this cross-generational show will appeal to young kids and older viewers who grew up watching the first series. Original stars Ben Savage and Danielle Fishel, will reprise their roles as Cory and Topnaga, but the girl in the title is their 13-year-old daughter Riley, played by Rowan Blanchard.


Discovery — Lots of Flying Wallendas
Discovery opened their Upfront presentation with Nick Wallenda (of the famous Flying Walleda family) walking a tightrope above the audience at Lincoln Center. It was a taste of the the excitement to come in the June special Wallenda Live when he will walk a tightrope across the Grand Canyon. Not to be missed.

Oxygen — Secret Celebrity
Wendy Williams is coming to Oxygen to make some noise. On her new show, Secret Celebrity, stars will disguise themselves to find out what people really think of them.

Discovery — Big Brain Theory: Pure Genius
We're suckers for a good competition show from The Voice to Face Off and everything in between. So we're curious to check out Dicovery's new offering, a show looking for the next great inventor. The contestants will solve engineering problems each week to win the title. We admit it may be over our heads. We'll have to wait and see.