Patricia Steffy Spotlights the City Where Dating Goes to Die 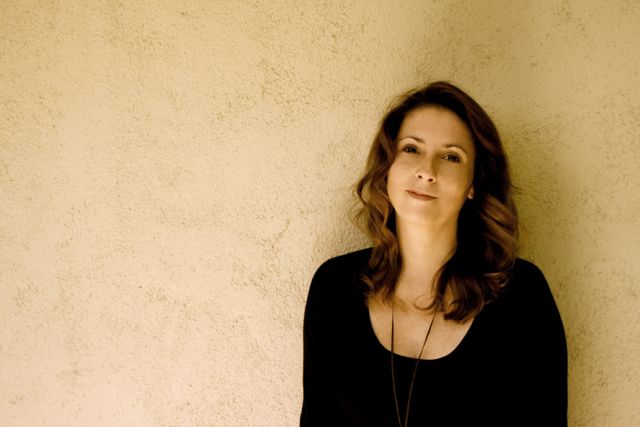 No matter where you live it isn’t easy being a single girl on the dating scene. But Los Angeles based writer-producer-actress Patricia Steffy has discovered that her city is particularly rich with trials and tribulation in the area of romance as she recounts in her blog, Dating in LA and Other Urban Myths.

In a recent exclusive interview, Patricia explained that she originally started the blog in reaction to an ex boyfriend’s engagement, “Even though we had broken up years before, it was still somehow a surprise that we were quite clearly not going to end up together. I hadn’t been in Los Angeles long, but even I knew the social structure here was particularly challenging outside of a really narrow demographic of young, beautiful and/or famous.”

The blog began as a chronicle of her experiences on the dating scene. Soon it grew into what Patricia calls, “a more general account of finding my place in the world at this new stage of my life.”

Now, thanks to Patricia’s producing partner, Danielle Turchiano, the written word is being spun into a web series. As Patricia recounted, “Danielle had seen a tote bag I had with the tag “L.A. — where dating comes to die” on it, thought it was funny and began reading the blog on her own.  At some point, I told her that I was actually writing it and she’s really the person who said, ‘This is a story that needs to be on screen.’”

The creative team is diving right in by touching upon a slew of dating scenarios. “We seem to hit a lot of situations in the first season: celebrity hookups, unfulfilled fantasies, speed dating, wildly inappropriate set-ups by well-meaning friends and social and fame climbers,” Patricia noted. “Kate, in particular, has a difficult time engaging with strangers (not just men). So we see her struggle with just meeting and speaking to men — often with hilariously awkward results.”

Of course, finding material like that is made a little bit easier when you live in a city as unique as Los Angeles. Patricia admitted that she looks close to home for inspiration. “There are aspects of people I know in all of my characters, which is why you should never be friends with a writer,” she joked. “None of the characters, even Kate, are 100% true depictions of people I know, but character elements and some of the situations are based on real people and things that actually occurred (including some of the more outrageous ones!).”

As for her own personal experiences, Patricia conceded that she hasn’t had too many bad dates — unless you count getting stood up a couple of times. But that doesn’t mean her love live has been easy. She revealed, “Most of my most memorable moments have come during established relationships. For instance, if you are going to tell a girl that you’ve cheated on her, it’s really best to not do that around boiling oil and sharp instruments (the man told me this at a fondue restaurant, and he really was taking his life in his own hands).”

With such rich material it’s not surprising that Patricia, who plays Kate in the series, has assembled a very impressive cast to help her tell her tales including Lesley Fera from Southland, Tamara Taylor of Bones and General Hospital’s Jen Lilley. She talked about how the ensemble came together, saying, “Excerpts from a book I’m publishing (My Letter to Fear) were performed as a part of charity event in June 2012. Lesley, Tamara and Jen were three of the performers. I remember at the time thinking about how terrific they were and that I wanted to work with them again on another project. When we hit the casting stage for the series, it seemed like the chance had come. Needless to say, I was thrilled that they were so enthusiastic about the chance to do the series.”

When it comes to doling out dating advice, Patricia offered up just one word, “Run!” But she added, “If you are determined not to run, I would say that the most important thing is to know your own value. Be confident in who you are and don’t let the superficiality of the social structure here (and, honestly, it was there when I worked in New York, too) dictate your behavior. There are really good people here, you just have to be true to yourself, and if you want a relationship, you will eventually find someone who shares your values.  Creating a lesser you because you think you have to in order to be ‘seen’ will only make you miserable. I think that’s true no matter where you live.”