The Cast of For Better or Worse Inspires 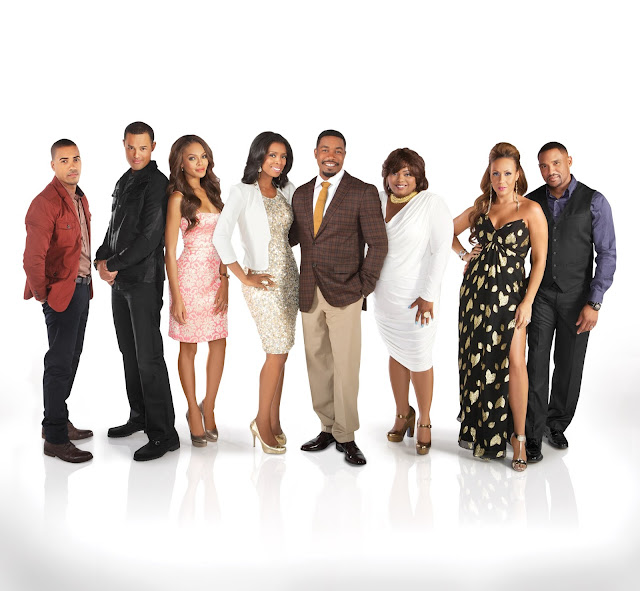 We always love going to the OWN offices for press events. The staff could not possibly be any nicer or more welcoming, the food never disappoints and we always leave feeling uplifted. Last week’s visit of an event supporting Tyler Perry’s For Better of Worse was no exception. They are clearly a cast who love to work and thrive on inspiring others.

To begin with as we rounded the corner to enter the event, we almost literally, walked right into Ms. Winfrey herself. And then before the cast of For Better of Worse took the stage, Oprah came out and welcomed the press and thanked us all for our support we have provided her as she builds the network.

Next the cast of For Better of Worse were welcomed to the stage. Kent Faulcon (Richard Ellington), Kiki Haynes (Keisha), Michael Jai White (Marcus Williams), Tasha Smith (Angela Williams), Brad James (Todd) and Cocoa Brown (Jennifer) all spoke about what it means to be on OWN and what it means to be inspiring other African-Americans.

This is the third season of For Better of Worse, which aired for two years on TBS and is making the move to OWN for its third go around. The show focuses on three couples as they navigate the joys and pitfalls of relationships.

The cast is thrilled to be at OWN and feel completely welcomed into the family. Tasha Smith commented, “First of all, we all love Miss Oprah… We’re at OWN and we’re excited about it. And we have high expectations and we have nothing but faith and belief that the same people who loved the show before are going to continue to love the show and we will also gain a whole new audience, that’s going to love the show even more. We’re very grateful and excited for the opportunity and for Oprah to believe in us enough to allow us to be part of this fantastic network. We expect nothing but the best.”

They are also hopeful that being on OWN will help them influence audiences that tune into the show. Tasha said, “Images inspire and provoke people to dream, to pursue them dreams and to believe in themselves. So I feel as African American people, it’s important for us to be able to put positive images on the screen that our daughters, our granddaughters and our children to come will be inspired by so that they can purse a dream and believe that they can come true regardless of what obstacles are in front of them.”

She added, “For all of the characters to be smart, to be educated, to be beautiful, I feel it’s much needed because we’ve seen enough negative images of ourselves and they have discouraged that young black man or that young black woman… It’s important for us to do this... Anything that’s going to empower that race of young people coming behind to live a great life because they really are our future.”

Tune in to the Season 3 premiere on For Better of Worse on OWN on Wednesday, September 18, with two back-to-back episodes starting at 9 p.m. EST/8 p.m. Central. And join the conversation during the show on Twitter using #ForBetter.