Broadcaster Sheldon Eskin Made a Career by Asking Questions 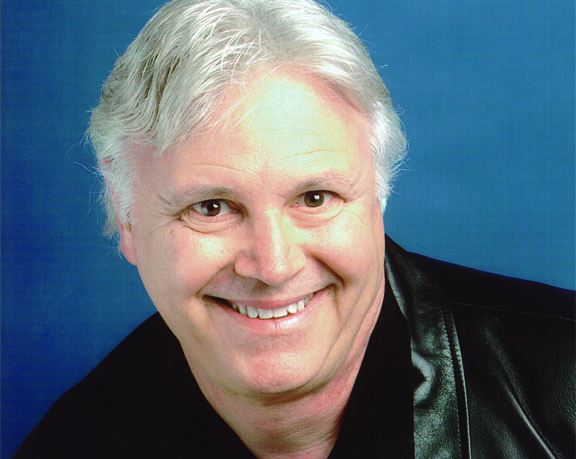 As interviewers, it's always a pleasure to talk to someone who truly loves what they do. We found that when we spoke to Sheldon Eskin — broadcaster, author and photographer. In a recent exclusive interview he told us, "I've been very fortunate… Part of everything is realizing that, having fun with what you do is the most important part."

When we asked Sheldon when he started in the entertainment business he answered "call it birth." He grew up in Hollywood and was surrounded by show business. A curious ten-year-old Sheldon would stop in at the KFAC in Los Angeles just to ask questions. And they answered, setting him down a life long path of talking to people for a living. Today he hosts three radio shows — Sheldon Eskin and Friends, The Route 66 Mother Road Hour and The Voice of the Blues.

Sheldon studied advertising in college and needed some information for a paper he was writing. So he did what any resourceful college student would do, he called the local radio station KPPC, the first Underground Station in Los Angeles in the '60s. When he inquired if could ask them some questions about their advertising process, they invited him to lunch and proposed that he become their new ad salesman. He sold a contract to a haberdashery on Santa Monica Boulevard even before he was hired, which sealed the deal. Sheldon recalls, "So I wound up working at KPPC selling advertising, but I really wanted to be on air."

Eventually he got his license and began broadcasting the commercials he had sold, which led to more on air work. He remembers, "I did the spots. I did the announcements, I did relief work. I did other work. I did anything I could. I would have washed the floors.  It was great place to be."


Sheldon's radio career was off to a running start. Through the years he's managed artists, written articles for publications, taken photographs of live performances and much more. He told us, "I'm an entire package. A one man band."

These days Sheldon has three different radio shows on the air. He explained, "My Mother Road Route 66 is predominantly country. It's on Baby Boomer Radio. Baby Boomer started off doing the '50 and '60s. And I came along and said I do the baby boomer type, but I want to mix things into it… The basic format is western swing, country, bluegrass, but if it fits, I'm going to play it… So if there's an artist that was big in the '50s, '60s, 70s and they have a hit now and it fits, I'm playing it. I don't have an age factor. If it's good and it fits, even if it's all instrumental, I'll play it."

Sheldon also broadcasts a show called The Voice of the Blues, which is the first radio program he put together. He noted, "I started that show in 1990… I wasn't sure exactly what it was going to be. I just knew that what I was hearing on the radio wasn't what I wanted to hear. So I thought if I put something together hopefully other people would like it."

This is the show where Sheldon began asking questions again, interview questions. He has spoken to a range of blues artists from Charles Brown to Allen Toussaint to Taj Mahal. He exclaimed, "I still love that show."

His latest venture on the airwaves is Sheldon Eskin & Friends. This one is his baby and one he hopes to expand to TV some day. He described the show's beginnings, "I was getting requests to do interviews with artists that didn't really fit my format.

I'm sitting there saying, 'How can I get [the artists] to fit the Mother Road? It doesn't seem to work?' But I had an idea. So I pitched it and the idea was I wanted another show that was on at another time. I could do interviews and those interviews are going to be different. They're not all of the same. They're not everybody going to be a blues singer or a musician or a blues artist, they could be like [Grammy Winner] Omar [Akram] who does New Age."

His interviews are in depth and mix in music that fits with the artist and the topic. He pointed out, "I find it really cool that the people I talk to, I'm very fortunate they that actually give me information... I love it because they're generous with me. They'll give the time and talk to me."

When we asked Sheldon if he had a dream interview that he hoped to get someday he mentioned a few names like Jerry Moss and Herb Alpert but mostly he said, "I love talking to everybody." His enthusiasm was contagious.

You can hear Sheldon's shows on BabyBoomerRadio.com and Rte66Radio.com. Mother Road broadcasts every day at 12 p.m. PST. Sheldon and Friends is on at 6 p.m. PST every second Monday of the month and Voice of the Blues airs every Friday at 7 p.m. on KCLAFM.com.