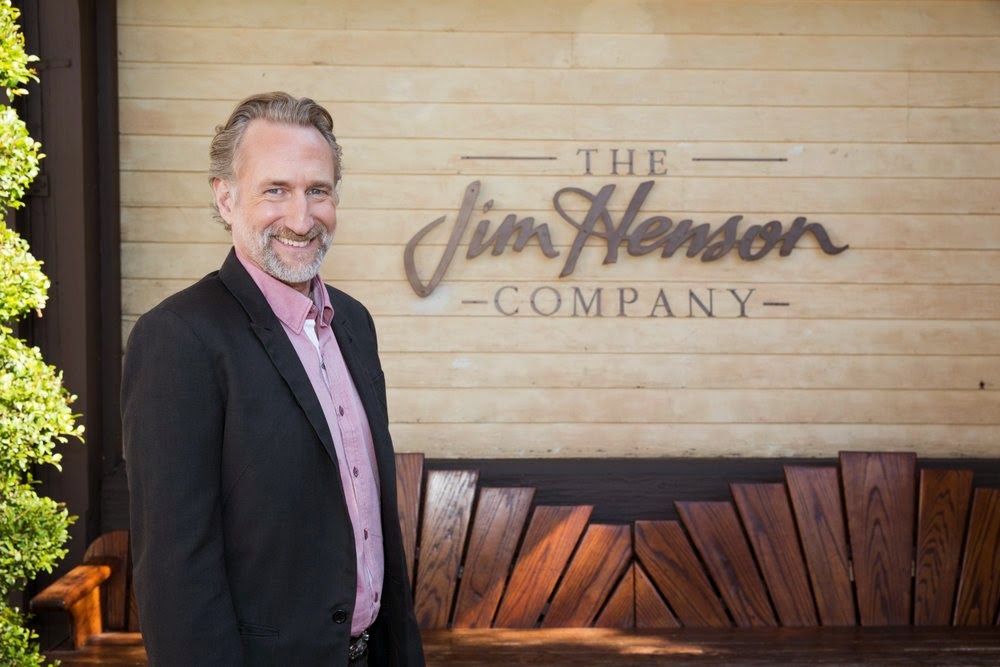 As lifelong fans of Jim Henson, we jumped at the chance to get on the phone with his eldest son Brian about the new reality show Jim Henson’s Creature Shop Challenge. Since Sesame Street was born not long after we were, Henson’s creations have been a part of our pop culture lexicon since our earliest memories. We’ve seen every movie. We’ve read all the books. And we’ve been impressed with the manner in which Brian and his siblings have maintained their father’s legacy.

But just because we love Jim Henson, we weren’t 100% sure how Brian would answer a question posed to him during a recent conference call interview. “What does it feel like to have a father who’s so cherished and beloved the world over?”

His answer, simply reinforced what we always though life with Jim would be like. Brian acknowledged, “It’s very, very comfortable actually for me. It’s kind of lovely. I think that I’m kind of blessed by a situation where everybody knows how wonderful my dad was and how special he must have been to me. And I think most people probably feel that way about their fathers and most people don’t benefit from an entire world whenever you meet anybody knowing exactly how that must feel.

Brian continued, “It’s a very nice feeling. People really loved my dad and they can anticipate what he was like as a father and all that. And you can tell from his work and he really was a wonderful father. I loved growing up with him as my dad and I loved working with him as an adult.”

Still we always assumed that carrying on their father’s work, would be a daunting task to the Henson children. But as Brian noted, “In terms of continuing his legacy, it’s never been really a burden. His legacy mostly is do bold things and don’t be scared of failure. If you fail but you’ve been doing something bold and innovative that nobody’s seen and it failed - that’s a triumph. And don’t copy yourself. Don’t copy other people. Do things that are fun and be irreverent and question the status quo and be a little subversive when it feels like the right thing to do.”

“So that legacy is a wonderful and liberating legacy to continue as opposed to a restricting legacy that everybody’s trying to refer back to well what would the founder have done,” added Brian.

And undoubtedly, Jim would be proud of what his kids have done to preserve his brand. The new Muppet movies maintain the perfect blend of joyfulness and snarkiness that made the original felt creations beloved friends to generations of kids. And Jim Henson’s Creature Shop Challenge preserves the integrity of the real life workshop’s dedication to creativity, ingenuity and quality.

Brian recounted how the reality series came about, “We have thought for years that doing some sort of reality series around those artists would be the most exciting and interesting to the general public… When I met Joe Freed, who’s an executive producing partner on the show, [he] comes from a reality background and when he came in and we started talking, he shared exactly the same enthusiasm. And, of course, he had the right experience base to really put that into a television show. Then when we went out with the show SyFy loved it instantly and it went very quickly from a pitch to production and now going on air.”

But fans of Kermit and Miss Piggy, tuning in to see the simplicity of The Muppets in action, should brace themselves. There’s a big difference between the classic Henson characters and the work done at The Creature Shop. As Brian explained, “A puppet is clearly made of ping pong balls and felt and fur fabric and foam rubber and it’s not trying to look alive. It comes to life through the puppetry and through the puppeteers but when we do creatures, which started back on Dark Crystal and then continued with Labyrinth and Storyteller and Dinosaurs and Far Scape, when we do creatures it’s a different sort of thing that we’re looking for.

“We’re trying to create a creature that looks and appears to be a living creature and it has a lot more movement, a lot more detail. They’re more expressive and the specific artists that do this well tend to have started at a very young age. They tend to have started at the age of eight or nine sketching monsters and then started trying to figure out how to build them themselves,” Brian remarked.

As a result, the cast of ten has to bring their A game when it comes to imagination and innovation. Henson described the cast, saying, “Some are working in the special effects business. Some work in the theme park business, some are not in the business at all. They range in age from I think 21 to 41 but they’re all those kinds of artists that I was talking about — they been doing it since they were kids. They just needed their opportunity.”

And make no mistake about it, thinking outside the box will be rewarded in The Creature Shop. “We had one of our contestants who literally had never been introduced to the professional materials that we would use and was doing stuff out of hot glue and other materials that none of us would have ever thought would work. But because he’d been doing it for years, he figured out how to make tinfoil and hot glue look like a creature. It’s extraordinary.” That competitor went on to win the first challenge.

But at the end of the day, the real winners are the gang at The Creature Shop who will add another talented artist to their arsenal. Brian describe the qualities he feels are important in the person who takes the top prize on the show, “We’re looking for the designers that can visualize and sculpt that and then we’re looking for the all-around designer which is the rarest artist in our business — the one that, once they’ve realized it visually, can then do all of the fabrication, all of the mechanizing — everything that they need to bring that creature to life and have it reflect that story that they have in how that creature has lived.”

See who delivers the goods each week when Jim Henson’s Creature Shop Challenge airs on Tuesdays at 10 pm PST/9 pm Central on Syfy.
Posted by Pop Culture Passionistas at 2:00 AM