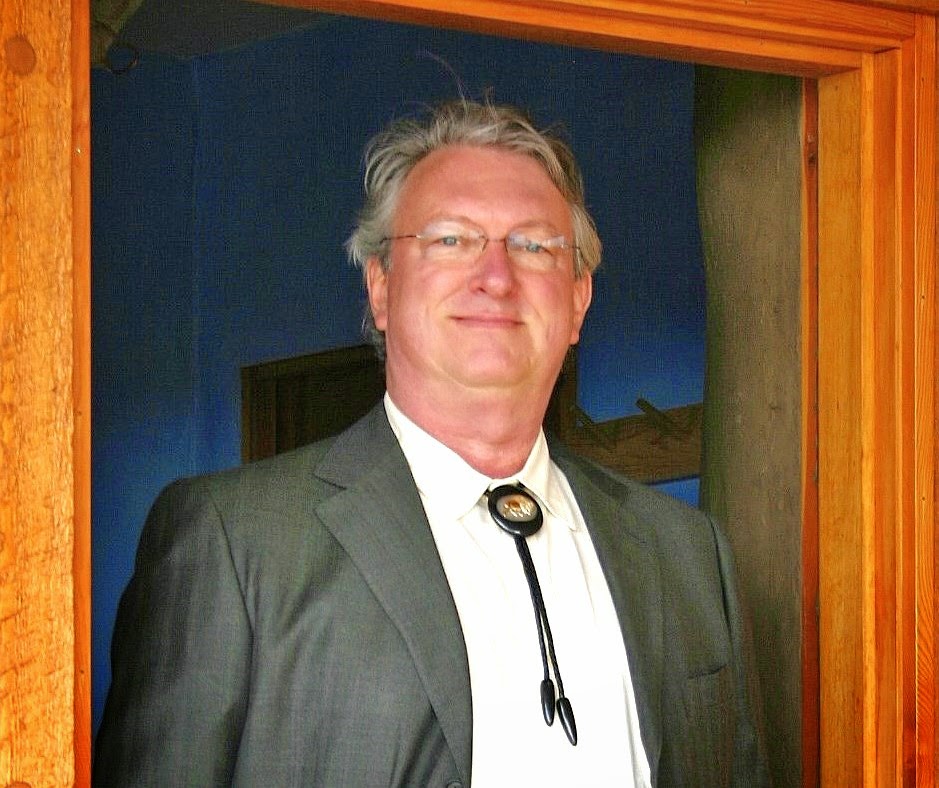 As a young man growing up in post-World War II Alabama, John Day lived in a household that was dedicated to healing others. His father was a surgeon and his mother was an internist, who often took him on house calls or on her hospital rounds. But no one could predict that an encounter with a pop culture icon would help the future Dr. Day forge his own unique path in the medical profession.

When Day was nine years old, his mother introduced him to Helen Keller. The author and political activist’s story, who was immortalized in The Miracle Worker, was stricken with an illness when she was just 19 months old which caused her to go deaf and blind. But even as a child, Day new that Keller had senses far beyond the physical realm.

“I knew that Miss Keller could see, despite her physical blindness. I had a real sense of knowing that,” recalled Day of his meeting with Keller in the parlor at her sister’s home in Montgomery, Alabama. “She was very aware of my presence as a child. She offered me her blessing in a particular, intimate way.”

Over the years, Day reflected on the encounter of the then 80-year-old Keller, “I always held that meeting and wondered about that ability to see, which I never disregarded from her... There was something that she did at one point, where she had to know exactly where I was and I hadn’t made a peep. And she walked straight toward me and felt my face to see what I looked like and then she kissed me on the forehead because she liked it.”

His time with Keller was clearly powerful and life changing. But there was another woman, whose words of wisdom, would also greatly impact Day’s approach to medicine later in his life. “Once I asked my mother if she’d ever saved anyone’s life and she said, ‘No, God does that,’” remembered Day. “That always stuck with me. It was the most important medical teaching that she ever gave me in the course of my years. So I took that and I still work from that particular understanding and that particular foundation.”

While he went on to study traditional methodology in college and med school, ultimately becoming a surgeon, Day sought out knowledge beyond what his text books offered. That included exploring Eastern mysticism and Christian mysticism as well as, according to Day, “yoga, natural healing, whole foods, natural foods, off the line ways of thinking that conventional society or conventional medicine didn’t have any grasp on at all. And so, in the ‘70s, which is when I was in college in medical school, this was stuff you just had to seek it out.”

While in New Orleans at Tulane University School of Medicine, Day found himself in a place that “opened up a whole other dimension.” There he learned about a type of healer known as a traiteur. He explained, “It’s basically the root word for treater, like ‘to treat.’ But ostensibly in Cajun French it equates to healer. So the traiteur tradition, from the Cajun people arose because those people, back in the 1800s and early 1900s, when they came to Acadiana and settled Louisiana, they didn’t have money to go see physicians. And so they had their own folklore of healers.”

The tradition, not to be confused with black magic or voodoo, became far less prevalent in post-World War II Louisiana. But Day was drawn to the concept. “In the traiteur tradition, there’s no set way to become one. Except there’s one specific requirement, and that is that the traiteur offer themselves as a healing conduit or a healing channel through which some kind of divine grace of healing may flow — from its source to the traiteur to the patient. And that was in keeping with my mother’s original statement so she really did initiate me into the work of traiteur.”

Today, Day combines all of his powers of healing to create an integrated model to help his patients. After retiring from his surgical practice in 2001, he established the Haelan LifeStream Center. The spacious retreat located in Crestone, Colorado, is a destination for those seeking Day’s expertise.

He described his approach to treatment there, “I work with people with any issues that they have that they want to address or get help with, related to body, mind, emotion and spirit. So I call that a quaternary — the four parts of being… In the conventional system of surgery and medicine, we reduce the human into all the different organ systems. And in this system, the Haelan Lifestream model, a human is reduced in a reductionist model into body, mind, emotion and spirit, which come together around the heart, the heart consciousness and the electromagnetics of the heart, which is the true seat of the mind.”

Most patients seek Dr. Day’s counsel after getting a diagnosis or because they have been put on a regimen of pharmaceuticals. He conceded that most people come to him with physical concerns but he quickly introduces them to his methodology, “I explain to them the matters of body, mind, emotion and spirit that I help people with. And then they shift gears and they tell me a whole different series of chief concerns. We go back into the traumatology of their childhood, their abuses, their hard journey and so forth and then it becomes a richer story. And what I’m trying to get at there, in helping them open up at that level, is to know the story that got to this point that they came up with some kind of disease in solid form.”

Looking back at Dr. Day’s story, it’s clear that his ultimate path can be traced back to those two important women from his childhood — Helen Keller and his mother. “Those two events, brought about or engineered by my mother if you will,” conceded Day, “opened me to a life-long study of the multi-dimensional world, the trans-dimensional world, the world of spirit, the world of natural healing.”

To learn more about Dr. John Day and The Haelan LifeStream Center and Retreat, visit his official website.
Posted by Pop Culture Passionistas at 2:00 AM