Cayce Mell Discovers Her Grandmother’s Past by ‘Tracing Outlines’ 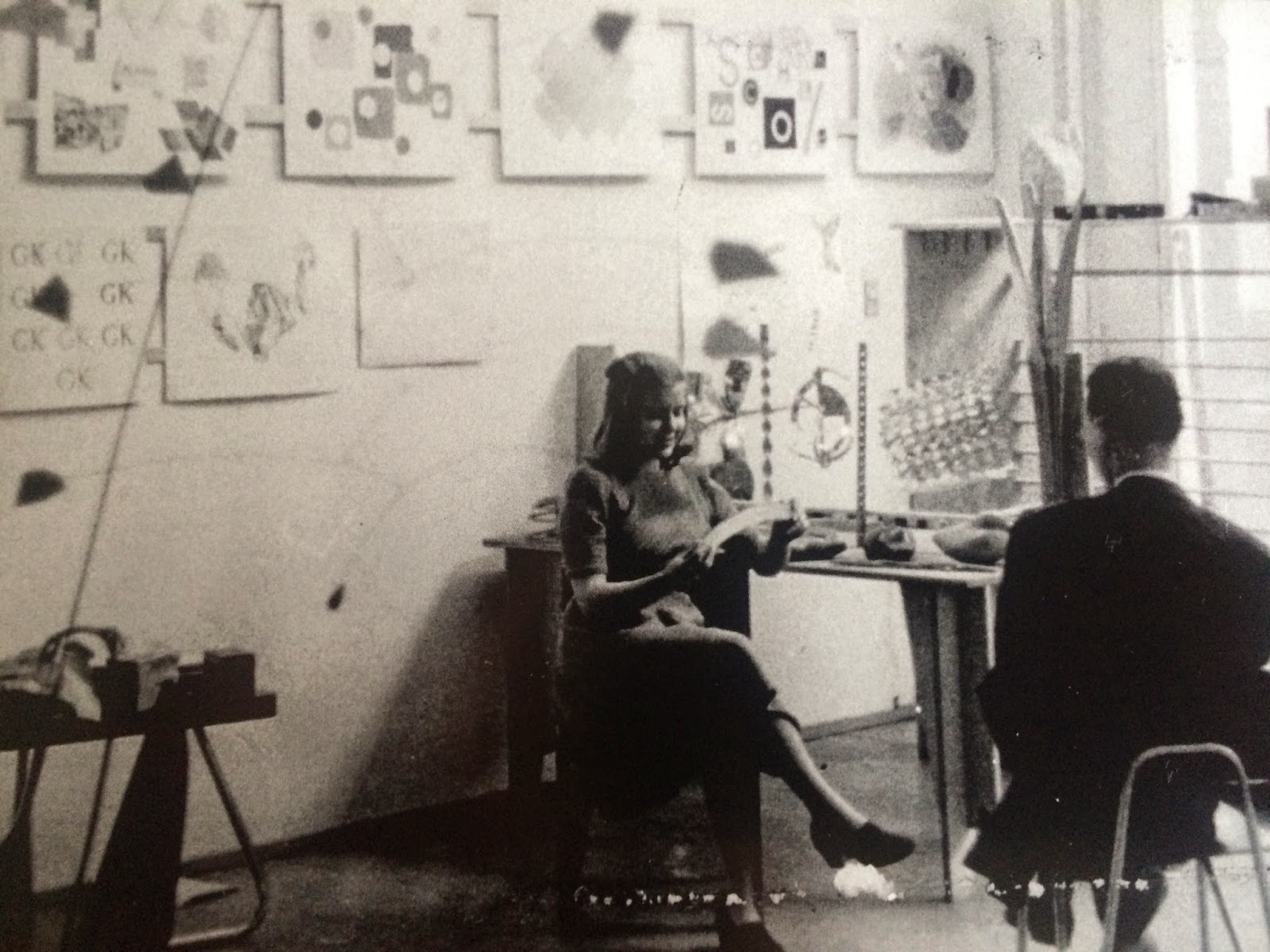 Some stories are destined to be told, even when they’ve been hidden away for decades. Such was the case with the new documentary “Tracing Outlines,” which tells the story of a modern art gallery that was established in 1941 by Elizabeth Rockwell in Pittsburgh, Pennsylvania. What filmmaker Cayce Mell didn’t realize was that the gripping tale had been right under her nose her entire life.

So how did a social justice advocate become an independent filmmaker? The story is almost as interesting as the one that unfolds onscreen — and all thanks to a chair that was for sale on Craiglist.

As Mell recounted in a recent one-on-one interview, “My husband sells antiques. A young couple came to our house. They found a chair he was selling on Craigslist. I all too often see the significant other of the person who’s buying a chair or a lamp looking very bored and I’ll just go out to the driveway and talk to them.

That day was one like so many others before it — at first. “There was this young girl, college age,” Mell recalled. “I went over and just introduced myself and asked her what she was doing in Pittsburgh. And she said she was going to school here and writing a thesis on a place called Black Mountain College… She went to her car, brought this book out, and she opened it to show me and papers literally fell from inside this book.”

“I caught them in my hand and then turned them over and handed them back to her and I saw the name Outlines at the top and the date 1941 to 1947 and an address in downtown Pittsburgh,” Mell continued. “Then I looked at the list of names and they were really iconic artists that even I recognized, not being well versed in art history. And I’m looking and I see Alexander Calder and John Cage, Maya Deren, all on this list of artists that have some connection to downtown Pittsburgh in the early 40s. Then I see my late grandmother’s name.”

After asking the equally stunned young woman if she could take the fateful pages, Mell pushed a nearby Aunt for information, Mell discovered that her grandmother had been the owner of the avant-garde art gallery Outlines between 1941 and 1947. It was a fact that the soon-to-be filmmaker had never heard before. “I was really close with my grandmother before she became ill,” Mell acknowledged. “I never heard of this chapter of her life at all and my mother and her sisters never spoke of it either. So it took me by completely surprise. She had been gone more than ten years.”

Mell’s search for information took her to The Carnegie Museum, where she leafed through scrapbooks that her grandmother had made, which documented her experiences at Outlines. At first excited about the project for “sentimental reasons,” Mell decided to find out if the information had any broader significance.

She got her answers from a very reliable source. “I realized this has to be a film when I called Robert Manley at Christie’s in New York City.” According to Mell, “I just said, ‘Listen, can I email you this list? I found this list. It fell from a book. I just need to know if this of any kind of historical importance or significance.’”

She added, “He called me right back and said, ‘I almost fell off my chair. I can’t believe this. It reads like the who’s who of every significant, iconic artist of the [first half of the 20th] century. What the hell were they doing in Pittsburgh?’”

The answer simple — Betty built the gallery and they came. “What I now know is that my grandmother Betty and my grandfather Orin, and all the artists of the avant-garde, they were just so forward thinking and visionary,” noted Mell. “It was part of a collective of individuals who really knew that modern art was going to change everything — not just the art that people wanted to see on the walls at a museum but it was going to affect music and film and clothing and textile and furniture. So they were just the first ones to really get behind this idea.”

Unfortunately, Pittsburgh wasn’t ready for Betty and her artistic colleagues. “They then came back to very conservative Pittsburgh at the time, and it was at the time of a brewing World War, and it was just a little ahead of it’s time,” conceded Mell. “The resounding response from the film subjects was that had she done this just two years later or kept it open two years longer it would have been recognized for what it was.”

After six years in business, Outlines closed its doors. It would be more than 60 years before Cayce Mell would learn the truth about her grandmother. But one thing surprised her the most, “I really admired how brave she was to take such a strong stance at that time despite the ridicule and the tone of the media to forge ahead. And there are these wonderful photos of her where she looks so confident and almost defiant. And I have this wild respect for her.”

That’s not to say that Mell hadn’t long admired her grandmother before learning about the gallery. “In the time that I knew her, and I was born in the ‘70s, she was older and she was doing other wonderful things — she had started a daycare center and was doing other social justice work — so I’ve always been inspired by her,” the documentarian remarked. “But seeing who she was as a 20-year-old woman just was such a gift and I think she was very, very cool.”

To get a glimpse of what Elizabeth Rockwell achieved, visit the film’s official website. While there, learn more about the companion book, “Outlines gallery, library, theatre of modern art.”