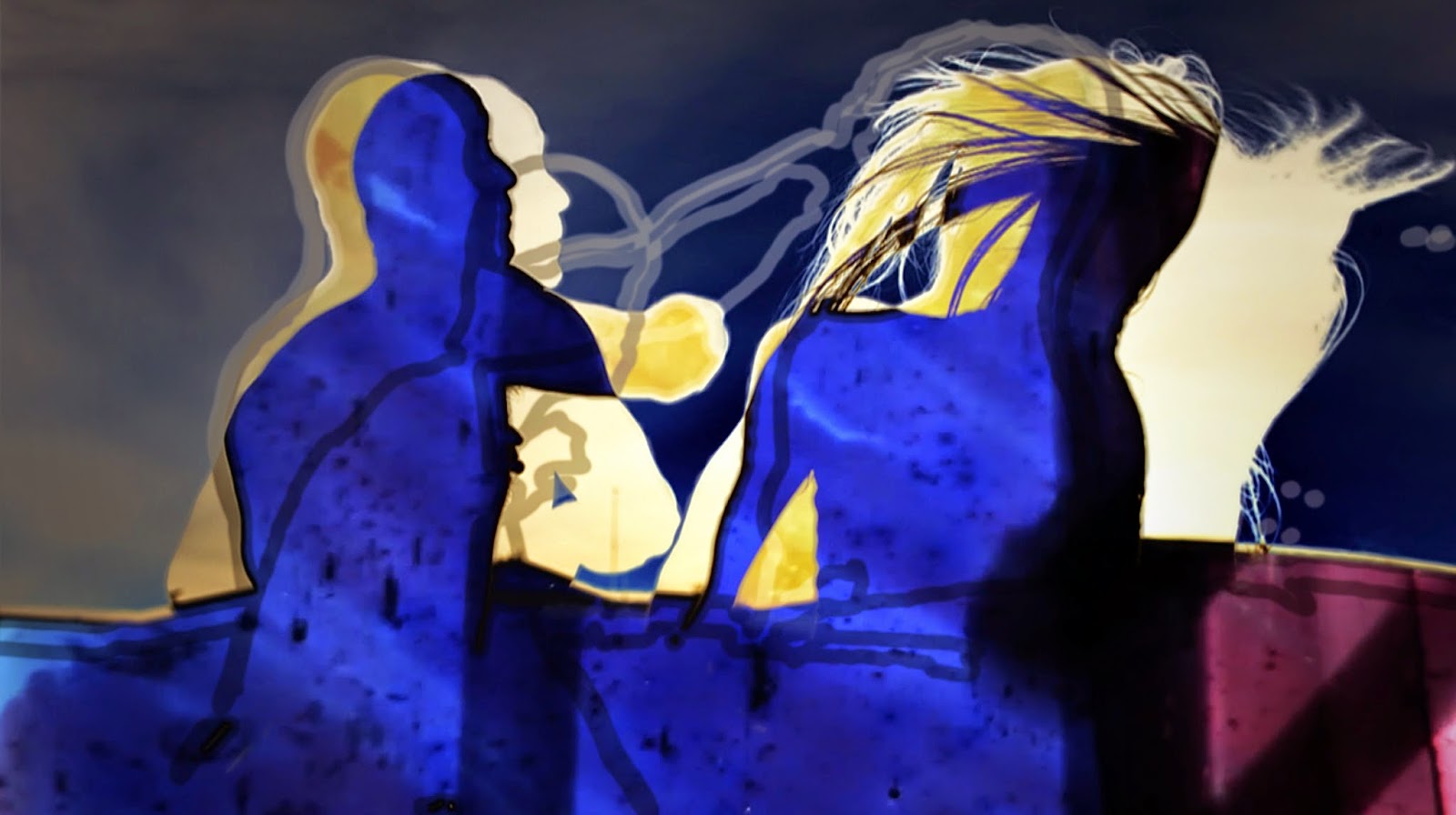 Growing up, the artist Kasumi learned to exercise both sides of her brain to be creative. As she explained in a recent one-on-one interview, “I’ve been interested in art as early as I can remember, and with a scientist father and an artist mother, art and technology seemed to go naturally together.”

Dedicating her life to the creative process, Kasumi studied art and music and taught herself filmmaking, which “allowed me to explore new ways of making art.” With her multiple influences she was able to create an original media art form, “cinematic assemblage” that blurs the lines between art, film and music. “Digital technology allows me to create the cinematic analog to the constant hum inside our minds—not just our conscious moment to moment thoughts, but also the vast atmosphere of memories, thoughts, and feelings within which those thoughts arise.”

And with Shockwaves, Kasumi has done just that — creating a film that is a fusion of all of the different art forms in which she has worked, including music, painting, dance, writing and modern digital technology. The film consists of more than 25,000 public domain film samples, choreography, animation, and complex sound design. It’s no wonder that the project was over four years in the making.


Although she had been working on aspects of her art that would be incorporated into Shockwaves even earlier, the project began in earnest in 2011 when she was awarded a Guggenheim Fellowship. As Kasumi recounted, “Receiving the award was an amazing honor, especially considering the fact that I’d never finished school - and it provided the very generous funds I needed to produce the work.”

The resulting project is Shockwaves, an 80 minute looping media museum installation about a man whose memories cause him to lose his mind. The multi-layered sound track weaves into the densely textured stream-of-consciousness imagery, providing viewers a visceral, synesthetic and even hallucinatory experience.
But after realizing the limitations of a museum-only audience for the work, Kasumi explains, “I also created a theatrical version of Shockwaves in order to bring my art to a broader audience  – and to give it a more approachable form,” explains Kasumi. “Shockwaves tells a story that can be experienced fully from beginning to end when viewing the theatrical cut.”
But first came the hard work. Combining live action with the found footage she had been amassing for years to create a narrative was no simple task.

“I distilled and extracted literally thousands of bits and pieces of moving images from vast, largely unexploited public domain film archives, the garbage dump of our movie culture, and combined them with my own original footage and sound.”

Kasumi also relied on input from a team of people around the world who helped her realize her vision. The contributions ranged from a musician supplying an isolated guitar riff to a medical illustrator providing a fly-through of blood vessels. “Every single one of the 25,000 elements in Shockwaves contributed in important ways.”

This compendium of gestures and actions were then refined and deployed, each piece for use as an individual unit of visual and auditory meaning, the “words” of the language of moving images. “The raw materials of memories.”

The result is a visually stunning and intriguing look at the human psyche. “I wove these bits and pieces together, much like a composer creates a multi-layered symphonic piece. After most of the parts were in an order that made sense to tell the story, I worked with it month by month, moment by moment, developing this and tweaking that, carving and sculpting the tiniest detail.”

Her intention is equally complex.

“What I’m trying to do is to imagine the processes of the brain,” she added. “Rather than depicting what happens to the characters in the film, I convey what they remember about and how they remember it. My goal was to reinvent visual narrative as a multi-dimensional tapestry of thoughts, associations and potentials moving through time and space, and while it’s a story, it’s a story told completely through stream-of-consciousness.”

“I wanted to create a work of art that allowed the audience to experience a film in a more immersive way – and I don’t mean smell-o-vision. I mean something that would allow, like literature or music, the sensation of being inside someone else’s mind.”

“The script itself was created by using snippets of the original dialog embedded in the thousands of films samples, and added layers of sound provided an additional emotional stimulus to actions and gestures. The result is a texture of contrapuntal polyphony created from arranging, editing, phrasing, and composing these narrative clips, sound effects, atmosphere and music woven together with densely packed images.”

So after all that time and all those details, how did Kasumi finally know when the film was done? “I could have fine-tuned this project for the rest of my life. I simply had to stop.”

Now Shockwaves is available for the world to see in a number of different ways. The worldwide museum installation tour begins on January 31. Anyone can rent the 82-minute theatrical version for 48-hour streaming on line via Vimeo. And thanks to an unprecedented partnership with the online outlet the project is also available more serious patrons.

To find out more about Kasumi and Shockwaves visit her official website, the official Shockwaves site and the Vimeo VOD site.