The Cast of "Footloose:" Then and Now 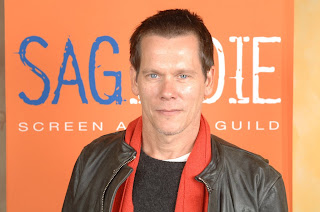 Back in 1984 everybody cut "Footloose." Just admit it. We all did the dance. We all knew every move. And we all had a crush on Kevin Bacon.

Now, 25 years later, with the news that Zac Efron is slated to star in the 2010 remake (and Bacon considering a cameo), we look back at the original cast members and the blockbuster hits, surprising career twists, as well as tragedy that have followed in their post-'Footloose' careers.


Kevin Bacon as Ren McCormack
Before starring as Ren McCormack in "Footloose" (a role turned down by fellow up-and-comers Rob Lowe and Tom Cruise, as well as "Blue Lagoon's" Christopher Atkins), Bacon was in "Animal House" and "Diner." The part of the rebel who brings rock 'n' roll (and some mean dance moves) to a small, rural town propelled Bacon to superstardom. Next came more hits and acclaimed performances in such films as "Tremors", "The River Wild," "Apollo 13," and "Mystic River." These days you can catch Bacon in "Frost/Nixon," playing Tricky Dick's post-Presidential chief of staff, Jack Brennan. And in 2009 watch for him with Renee Zellweger in "My One And Only" (inspired by George Hamilton's childhood adventures) and "Taking Chance," playing a military escort officer in the Sundance prize-winning film.

John Lithgow as Reverend Shaw Moore
Fresh off an Oscar nomination for his portrayal of the transsexual ex-football player in "The World According To Garp," John Lithgow took on a very different role in Footloose, playing the Bible-thumping minister who warns of the dangers of dancing and shuts down the senior prom. His next role, Sam Burns in the tearjerker "Terms Of Endearment," earned him another Oscar nod. He also scored a six-season run on "Third Rock From The Sun" (and three Emmy wins). Recently, Lithgow took another (less successful) go at sitcom madness in "Twenty Good Years," with Jeffrey Tambor, but we're most excited to know that he's back on the big screen in 2009's "Confessions Of A Shopaholic."

Lori Singer as Ariel Moore
Singer beat out Madonna for the part of Ariel, Reverend Moore's bad-girl daughter and Ren's love interest. She landed the role after her turn the year before on the TV show "Fame." Remember her? She played the cellist! Well, apparently that "Fame" part was written for her special talent, and even though she appeared in numerous films in the '80s and '90s, the cello remains her true love. She's done only one movie (2005's "Little Victim") since 1997, but in January 2008, she performed as a soloist at Carnegie Hall, premiering a hymn written in memory of Martin Luther King, Jr.

Dianne Wiest as Vi Moore
Vi, the Reverend's devoted-yet-secretly-sympathetic-to-the-dancing-rebels wife: was one of Dianne Wiest's first movie roles. But shortly after "Footloose," Wiest won an Oscar for the 1986 Woody Allen film, "Hannah And Her Sisters." This recognition led to more work with Allen and a string of hits, including "Parenthood" and "Edward Scissorhands." In 2007 Wiest starred with Steve Carell in "Dan In Real Life." 2008 reunited her with John Lithgow on Broadway (in "All My Sons," with Katie Holmes), and she also was nominated for an Emmy for her performance in the HBO series "In Treatment," which is set to come back for season two this spring.

Sarah Jessica Parker as Rusty
By the time she played Rusty, the meek best friend to Ariel and supporter of the dance revolutionary cause, Sarah Jessica Parker had already starred on Broadway (as Annie) and on her own TV series ("Square Pegs"). Still, a Best Young Supporting Actress honor at the Sixth Annual Youth in Film Awards must have felt good, and the movie jobs kept on coming, including "L.A. Story" and "Honeymoon In Vegas." But it was the career-defining role of Carrie Bradshaw on HBO's "Sex And The City" that shot her to superstardom. Since the end of the series, SJP came back to the big screen in 2008's "Smart People" and, of course, the SATC movie. Never one to sit still for too long, Parker is producing an HBO series called "Washingtonienne," slated for 2009, and will add three new fragrances to her perfume line next month. And even though the SATC movie ended like a fairy tale, her real-life-happily-ever-after is in question with rumors that she and husband Matthew Broderick might be splitting up.

Chris Penn as Willard Hewitt
One year after starring in Francis Ford Coppola's "Rumble Fish" and "All The Right Moves" with Tom Cruise, Chris Penn kicked up his heels in "Footloose" as Willard Hewitt, Ren's friend who doesn't know how to dance. And that big dance montage where Ren is teaching Willard the moves was written into the script because Chris couldn't dance in real life. Once he got that down, he was off and running in such cult films as "Reservoir Dogs" and "True Romance." Sadly, the brother of actor Sean Penn never had a chance to live up to his famous sibling's potential. One day before the premiere of his last movie, "The Darwin Awards," Penn was found dead in his California condo. But Chris Penn fans may have another chance to see him one more time in "Aftermath," a still-unreleased film he starred in with Anthony Michael Hall and Tony Danza. Keep your fingers crossed that it sees the light of day.