The Cast of "The Outsiders:" Then and Now 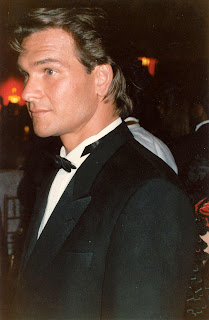 
Every single actor in "The Outsiders" went on to become a major star.

Perhaps nothing proves the point of the Robert Frost poem quoted in S.E. Hinton's "The Outsiders," "Nothing Gold Can Stay," better than the state of some of the movie's cast members over 25 years later.

All were emerging Hollywood golden boys (plus a girl) when the film debuted, and while age has tarnished some of their looks and a few of their careers, some amazingly still hold their glitter after all this time.

See how your favorite greaser has faired below:


C. Thomas Howell
Just one year prior to starring as Ponyboy Curtis, C. Thomas Howell played Tyler in "E.T.: The Extra Terrestrial." Excellent career move, right on track. But Howell never really took the next step to true movie star status. And then he played a guy who dyed himself black to get into Harvard. Robert Downey, Jr.'s similar move in 2008's "Tropic Thunder" was well-received, but critics were unimpressed by Howell's "Soul Man." Fame may have eluded him, but work has not. He's appeared in more than 122 movies and TV shows since "The Outsiders." Our favorite? His winning turn in the reality show "Celebracadabra."

Matt Dillon
Dillon had already starred as the title character in the film version of S.E. Hinton's "Tex" before taking on yet another greaser bad-boy part with Dallas Winston. He would make one more Hinton film, "Rumble Fish," paired again with "Outsiders" director Francis Ford Coppola. And while Matt has always been a movie star, the glow started to fade after 1998s "There's Something About Mary." "Crash" resurrected his career as a legitimate Oscar-nominated actor, but with roles in films like the schmaltzy "Herbie Fully Loaded" and the disappointing "You, Me And Dupree," will Dillon ever win that critical acclaim again?

Ralph Macchio
Macchio took the role of the vulnerable and sensitive Johnny Cade as a follow-up to his part as cousin Jeremy on TV's "Eight Is Enough." While he's acted steadily over the last 20 years, he'll always be waxing on and off in fans' minds as the "Karate Kid." He'd all but disappeared from the spotlight until recently, when he reemerged as Ugly Betty's hairstylist sister Hilda's new likely beau, Archie Rodriguez.

Patrick Swayze
Swayze had made only one film ("Skatetown, U.S.A.") and a few TV appearances before being cast as Darrel Curtis, but he'd spin that rugged-but-sensitive older brother part into a string of hit movies." Dirty Dancing" made him a superstar. "Ghost" put him in the romantic lead hall of fame. What girl didn't want to spin pottery after that? As he fights his ongoing battle with pancreatic cancer, Swayze endures and continues to act in his new crime series, "The Beast."

Rob Lowe
Lowe had never made a movie when he was cast as Sodapop Curtis, but the filmmakers must have loved his work in the ABC Afterschool Special "Schoolboy Father." A roller-coaster ride of a career followed: hit movies, including "Class" and "St. Elmo's Fire," a sex-tape scandal, surprisingly good comedic turns in films like "Tommy Boy" and "Austin Powers," and a nanny scandal. These days Rob is back on top, playing the likable Republican Senator Robert McCallister on "Brothers & Sisters."

Emilio Estevez
Emilio's part, Two-Bit Matthews, is relatively small in "The Outsiders," but he followed it up with memorable roles in "Repo Man," "The Breakfast Club," and "St Elmo's Fire." Was it "Maximum Overdrive" (the Stephen King-directed appliances-gone-mad movie) that did him in? Emilio seemed to disappear from acting and, shockingly, his brother Charlie Sheen has become the more respected actor. Emilio has moved behind the camera these days and now directs such films as the acclaimed Bobby and his work in progress, "The Public."

Tom Cruise
Blink and you practically miss Tom Cruise in "The Outsiders" (back flip off a car aside). But just six months later, "Risky Business" would hit the big screen, and Cruise would become the biggest name of the gang. Needless to say, he's still going strong with unparalleled fame and a Golden Globe nomination for his role as ruthless studio exec Les Grossman in "Tropic Thunder." But will bad press and career missteps like "Lions For Lambs" and "Valkyrie" derail the Cruise machine?

Leif Garrett
Garrett had already been through the hailstorm of teen idol fame and survived a drunken car crash that left his passenger and best friend a paraplegic. So it's no wonder that he was trying to make a run at a legitimate acting career when he took the part of "Soc" Bob Sheldon. It didn't work. But Leif seems to do OK these days, appearing as himself on countless reality shows, including Celebrity Fear Factor (he won the grand prize of $50,000) and Ty Murray's Celebrity Bull Riding (he quit after one episode). Plus he joined Barry Williams, The Bay City Rollers, and The Cowsills on the Original Idols Live tour. That must have been quite a show.

Diane Lane
Diane Lane was the veteran actor of "The Outsiders" cast. At 17 she had made eight movies, including the eternally charming "A Little Romance" and the cult classic "Ladies and Gentlemen, The Fabulous Stains." Still as beautiful now as she was then, Lane continues to play romantic parts in films like "Nights In Rodanthe," while off-screen she's Mrs. Josh Brolin.

Tom Waits
It seems almost impossible to believe that ultra-hip, completely un-mainstream singer-songwriter Tom Waits graced this pool of teen idols, but he did. He wasn't wooed by Rob Lowe's dimples or Matt Dillon's big brown eyes. He wanted to continue the collaboration that he'd begun with Francis Ford Coppola when writing the score for the director's film "One From The Heart." These days Waits still writes his brooding songs as well as acts. See him in the upcoming "The Imaginarium Of Doctor Parnassus" (Heath Ledger's final movie).

Posted by Pop Culture Passionistas at 10:08 AM