The Cast of "Knots Landing:" Then and Now 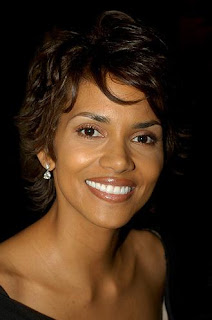 "Knots Landing," the ’80s’ version of Wisteria Lane, is the second-longest-running series in TV history (right behind "Gunsmoke"), lasting 14 years and 344 episodes. This past weekend, the “Dallas” spin-off was honored at the TV Land Awards as it celebrated its 30th anniversary.

Most of its stars were in attendance, including Michele Lee, Ted Shackelford, Donna Mills, and Joan Van Ark. Shockingly (or maybe not so much) absent from the ceremony: Alec Baldwin, Nicollette Sheridan, and Halle Berry.

Don't remember her on the prime-time soap? Read on to see her and her castmates, then and now.

In 1979 the Broadway ("How to Succeed in Business Without Really Trying") and film ("The Love Bug") veteran accepted the part of Karen Fairgate after a series of guest spots on other ’70s shows, including "Love, American Style," "Fantasy Island," and "The Love Boat." She was the only castmember to remain with “Knots” for all 344 episodes, setting a record for most performances by an actress playing the same character on U.S. prime-time TV. Her mark stood for 15 years, until "Law & Order's" S. Epatha Merkerson surpassed it in 2008.

Michele was recently interviewed for the PBS documentary "Broadway: Beyond the Golden Age," which chronicles the Great White Way from 1950 to 1979. Michele herself returned to the New York stage with a Tony-nominated performance in 2000's "The Tale of the Allergist's Wife." Her most recent TV credits include a 2005 episode of "Will & Grace." On the big screen, she played Ben Stiller's mom in 2004's "Along Came Polly."

The Tony-nominated Van Ark got her big TV break in 1978 with a guest spot on "Dallas" as Gary Ewing's wife, Valene. This appearance turned into a recurring role, then a 13-year stint on "Knots Landing." It was quite a ride for Val; she divorced and remarried Gary twice. As for Joan, she won two of six Soap Opera Digest Award nominations for Best Actress.

After "Knots Landing," Joan returned to the theater. Recent highlights include the Hartford Stage's 2006 production of Tennessee Williams' "A Lovely Sunday for Creve Coeur" and "We'll Never Be Young Again" with Gary Collins in Los Angeles in 2007. She’s still a small-screen fixture, appearing on "My Name Is Earl" as well as on "Nip/Tuck" with fellow "Knots" castmate Donna Mills. Both are scheduled for another shot this season.

Like many of his fellow cast mates, Shackelford spent a few years in TV guest spots on shows like "The Rockford Files" and "Wonder Woman" before landing the role of J.R.’s brother Gary, the black sheep of the Ewing family. He moved from “Dallas” to “Knots” in 1979, where he spent the next 14 years and 333 episodes.

Soaps, whether in prime-time or daytime, are in Ted's blood. So after ten years of more guest spots and TV series ("Space Precinct" and "Savannah"), he returned to serial drama on daytime's "The Young and the Restless" as district attorney William Bardwell. Fans thought Ted was a goner when William was killed off in July of 2007, but thanks to the miracle of soap operas, Ted was back within weeks as Jeffrey, William's identical twin.

Donna Mills joined "Knots Landing" in season two as Sid Fairgate's sister, Abby, resident troublemaker, home-wrecker, and ultimate Seaview Circle villain. Before this breakthrough role she was best known for co-starring with Clint Eastwood in "Play Misty for Me" (1971) and her numerous appearances on "The Six Million Dollar Man," "The Love Boat," "CHiPs," and "Fantasy Island."

Most recently Donna appeared in Hallmark's made-for-TV movie "Ladies of the House," with Florence Henderson and Pam Grier. She has also guest-starred on several series in the last few years, including "Dirty Sexy Money, "Cold Case," and an episode of "Nip/Tuck" with fellow "Knots" castmate Joan Van Ark.

Before "Beetlejuice," "Working Girl," and "The Hunt for Red October," Alec Baldwin got his big break as Joshua Rush, "Knots Landing’s" preacher gone mad. Rush returned to his mother, Lilimae (Julie Harris), who had abandoned him as a baby. He started out as an innocent man of the cloth, but grew increasingly crazy. His attempts to off his wife, Cathy (Lisa Hartman), resulted in his own death. He lasted only a year, but it was enough to make him a star.

Alec’s progressed from superstar to GENIUS. Sure, we liked him in his serious film roles ("Glengarry Glen Ross" and "The Departed" among them), but we were shocked and thrilled in the '90s to discover his funny side as a popular “Saturday Night Live” host. He continues to bring it on NBC’s "30 Rock," created by former "SNL" head writer Tina Fey. We hope it lasts as long as "Knots." We'd hate to see Jack Donaghy go.

In season 13 this little-known actress was cast as the new girlfriend of the widowed Frank Williams, who had originally moved to the area with his late wife Pat as part of the witness protection program. Berry didn’t hang around the 'burbs too long; she made her mark in film that year with a role in Spike Lee's "Jungle Fever."

Since her 2001 Oscar-winning performance in "Monster's Ball," Halle has gone on to make "Die Another Day," "Perfect Stranger," and "Things We Lost in the Fire." Now we anticipate her performance as a woman with multiple personalities in the upcoming "Frankie and Alice."

After the short-lived "Paper Dolls" TV series, a few made-for-TV movies, and a memorable role in 1985's "The Sure Thing," Nicollette Sheridan joined "Knots" as Paige Matheson. She spent the next seven years seducing and manipulating, faking her own death, accidentally killing her boyfriend, framing innocent people, getting dumped at the altar, conducting numerous relationships, and getting shot and then kidnapped. Makes playing desperate housewife Edie Britt look like a walk in the park.

A little more than a decade after "Knots Landing" ended, Nicollette got a call about a new show centered on friends and neighbors living on a cul de sac, where they all engaged in romance, intrigue, and murder. Her career, which had been in a bit of a lull, was revived with "Desperate Housewives." When word broke a few months ago that Nicollette was leaving Wisteria Lane after five years, we waited to see how she’d go out. That question was answered last week, when her character, Edie Britt, died in a fatal car accident after discovering her creepy husband was psycho. What's in store for Nicollette now? The voice of Zenna in the upcoming "Noah's Ark: The New Beginning" starring Michael Keaton, Ben Kingsley, and Elliott Gould.

William Devane had been acting for more than 16 years when he was cast as Greg Sumner, but he was not a household name. Best known for playing JFK in 1974’s "The Missiles of October," Devane also appeared in "McCabe & Mrs. Miller," "Family Plot," "Marathon Man," and "The Bad News Bears in Breaking Training" before landing the role that would really put him on the map: a cheating, lying, four-times-married, adulterous senator turned businessman turned mayoral candidate.

With five projects in the works, we'll be seeing a lot of Bill in the future, including another installment of Tom Selleck’s made-for-TV "Jesse Stone" series as psychiatrist Dr. Hix. Devane can currently be seen in "Chasing the Green" with "Party of Five's" Jeremy London. But our favorite recent Devane role? Secretary of Defense James Heller on "24."

Lisa was cast in season four as singer Ciji Dunne (Lisa herself had released three albums by that point), who was being produced by Gary Ewing, then in his record-business phase. When she was murdered at season's end, fans protested. So, the following fall producers introduced Cathy, a Ciji look-alike hired by Gary's then-wife Abby to distract him from her business dealings, and Lisa was back for three more years.

After leaving "Knots Landing" in 1986, Lisa recorded and released her fourth solo album, "'til My Heart Stops." But now she makes harmony, both personally and professionally, with her husband, country superstar Clint Black, whom she married in 1991. Their 1999 duet "When I Said I Do" reached #1 on Billboard's Country Singles chart and was nominated for a Grammy. In 2005 she took her first acting gig in seven years in the Hallmark channel TV movie "Back to You and Me." These days it seems she mostly concentrates on being Mrs. Clint Black. Isn't that enough, really?

Posted by Pop Culture Passionistas at 11:00 AM