“The Amazing Race” Cast: Where Are They Now? 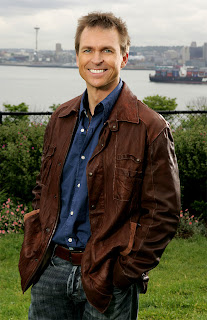 We wanted to see what past "Amazing Race" contestants are up to now that they've chased Phil Keoghan around the world, eaten the slimiest foods, scaled the tallest buildings, and screamed at the most cab drivers across the globe.

The interesting thing we discovered is that it's difficult to track them down. And while it's complete speculation, we do have a theory why. If you sign up to do "The Race," you're not out for instant celebrity or a ticket to red carpet events. You aren't attempting to get your own reality show or drop a new CD. You truly want the adventure of a lifetime racing around the world -- and the million dollars would be nice. Here are some of most interesting alumni of "TAR." Very few of them are leading exciting, glamorous lives, and we love them for it.

The ID under their pictures on "The Amazing Race" Season 1 always read "Lawyers/Best Friends." Rob and Brennan both worked at the same law firm in Los Angeles when they went on the first season of the show, and both left that law firm after they won. Since then, Rob started his own law practice and dedicated his time to writing. You can find his two self-published novels on Amazon. Both "The Meteth Chronicles" and "A Sea of Time" hit the bookshelves in 2002, but with no new works since, it seems that Rob's writing career may have been short-lived. Or maybe he's just working on his yet-to-be-completed masterpiece. Brennan is also still a lawyer, but he's one of the few "Race" contestants to try to work his 15 minutes. He has hosted "Taste of Lexus" and "Reality Remix" and has been a correspondent for "Extra," "On Air with Ryan Seacrest," and "Camp Reality."

The "Lifelong Friends" from Boston grew up without a lot of money, so the $1 million windfall did change their lives. Chris Luca and Alex Boylan used the money to start CC Investments, a real estate company. Chris also got married (not to anyone from the show) and settled down in Florida after spending a few wild months in Los Angeles (and Vegas on the weekends), while Alex has let his adventurous spirit soar. He has hosted several PBS series, including "At the Chef's Table" and "Animal Attractions" and has produced two documentaries about surfing: "Dropping In: Panama" and "Dropping In: El Salvador." He most recently formed Around the World Productions with "Survivor's" Burton Roberts and filmmaker Zsolt Luka. The company has created online travel shows, including "Around the World for Free" (he travels across the globe with little to no money and relies on the generosity of locals) and Rachael Ray's "Rach to the Rescue."

Reichen Lehmkuhl and Chip Arndt probably gained the most notoriety from their experience on "The Race." At the time, they were life partners living in Los Angeles. Reichen was an ex-Air Force Captain, flight instructor, and model, while Chip had worked as investment banker and a public relations and marketing manager. The pair met in 1999 and had a commitment ceremony in 2002, one year before "The Race." And while not legally married, they requested to be ID'd as a married couple on the show, stirring up quite a bit on controversy among conservative "Race" watchers.

The couple split six months after the show aired, and after that Reichen made headlines for his brief relationship with Lance Bass. He also became a host and actor. He had his own show on Q Television, "The Reichen Show," and did small roles on "Dante's Cove," "Days of Our Lives," "The Young and the Restless," and "Frasier." In addition, he continued modeling and put out two semi-nude calendars.

After seeing the negative reaction by some viewers to the gay "Race" couple, Chip became a very active LGBT advocate. He has been the spokesperson for numerous groups, including the Point Foundation, the Human Rights Campaign, and the Matthew Shepard Foundation. He organizes and participates in numerous AIDS walks and rides, including the upcoming Washington, D.C., AIDS Walk this October. Last year he was elected as a delegate to the Democratic National Convention. By being named to represent Florida in the Electoral College, he became the first openly gay man in Florida to cast an electoral vote.

Before going on "AR5," Chip and Kim McAllister had hit rock bottom. Their multimillion-dollar information technology company had been taken over by their partners, and they'd been ousted. The couple was broke and unsure of their next move when they were cast on "The Race." Their dedication to each other and their faith brought them across the finish line first and changed their lives forever. Currently, they both do public speaking engagements about happy and healthy marriages, and they've started their own production company. Chip has directed several short films and corporate videos. They say they dream of hosting their own TV show to encourage happy marriages.

Jonathan and Victoria were the most talked about contenders on "AR6," not for winning but for their seemingly disrespectful relationship, culminating in what appeared to be film producer Jonathan physically shoving his wife, the ex-Playmate Victoria, when they arrived at the mat on leg five. Even mild-mannered host Phil Keoghan felt he needed to step in and say something. The couple was eliminated shortly after that, and they maintain that they are a loving couple and were misrepresented on TV. Victoria and Jonathan are still married and have had a baby girl since finishing "The Race." Jonathan has a production company and owns a day spa in Southern California (we're not sure we'd go to Jonathan for a dose of tranquility, but we hear the place is nice). One year after "The Race," Victoria posed for Playboy again and made appearances on "Battle of the Network Reality Stars," "Kill Reality," and a reality-star edition of "Fear Factor." Nowadays, she's focusing on her art. She makes Pop art paintings and sculptures that are mostly Playboy-themed.

Uchenna and Joyce Agu will go down in "Amazing Race" history for the episode where Joyce shaved her head in order to jump in front of the other teams. They also beat out "Survivors" Rob Mariano and Amber Brkich, who came in a very close second. But before coming on the show, the couple was in dire financial straits. He worked at WorldCom, and she worked at Enron. Both lost their jobs and their life savings in the scandals that surrounded those companies. But then they entered and won "The Race." They also competed in the All-Stars season but were eliminated early on. After the show, they started an organization in Houston, Texas, dedicated to helping local charities, particularly those focused on abused, neglected, and orphaned children. The Great Raise is a mini "Amazing Race," in which teams compete in challenges around Houston to win money for the participating charities.

Past "Survivor" contestants Rob and Amber were the first celebrities to participate in "The Amazing Race," and because of that they faced a lot of obstacles. But they were also given a lot of attention and aid by locals who recognized them all over the world. Many of their fellow contestants felt they had an unfair advantage, or just plain didn't like their tactics. But they managed to make it to the final episode, where they were edged out by Uchenna and Joyce. Shortly after "The Race" Rob and Amber's wedding was televised on CBS in a two-hour special, and then Rob attempted to become a professional poker player in "Rob and Amber: Against the Odds." Unfortunately for fans of the controversial competitor, Rob's latest TV project, "Tontine," remains on hold. But with their reality TV shows behind them for now, Rob and Amber started on their greatest adventure. They welcomed a baby girl, Lucia Rose, in 2009.

BJ and Tyler, or more commonly known to "Race" fans as "the hippies," were some of the more entertaining competitors of the whole series, and no one ever could have predicted that their laid-back style would result in their win. We don't think they ever once raised their voices or lost their tempers with each other. Instead, it was smooth, calm sailing straight to the finish line. Both BJ and Tyler have stayed involved in entertainment since finishing "AR9." BJ has been acting, most recently in "As Advertised," which was screened at this summer's Independent TV Festival in Los Angeles. Tyler had an uncredited part in Will Smith's "The Pursuit of Happyness" (he was the hippie who stole Will's bone density scanner). In addition, in 2007 he stared in a documentary called "I Ran Iran" about his attempt to run the 1000-mile length of the country (he was kicked out at mile 100), and in 2008 he was in a comedy called "Wrestling Mongolia," playing a man who wrestled 100 Mongolians. On his Website he says that in 2009 he "ate a sandwich."

Season 14 of "The Amazing Race" ended just four moths ago, so it's really too soon to do a "where are they now?" on any of the contestants, but we couldn't write about "TAR" without mentioning one of our favorite teams, Mel and Mike White, the openly gay father/son team. Mike, a writer ("School of Rock") and actor ("Chuck & Buck"), was cast in Season 13 of the show alongside director Jon Kasdan, but they were dropped before filming started. Producers asked Mike back for Season 14, but this time he was teamed up with his dad. Mel spent the better part of the '60s, '70s and '80s as a ghostwriter for the Christian right, penning speeches and books for Jerry Falwell, Pat Robertson, and Billy Graham. We're guessing none of them were too happy when he came out of the closet in 1994. Mel is a best-selling author, director and producer, as well as a minister who has founded an organization called SoulForce, dedicated to justice for the LGBT community. Since finishing "The Race," Mel is back at work with SoulForce, and Mike is developing four new film projects, including "School of Rock 2: America Rocks."