Dude, What Happened To You? 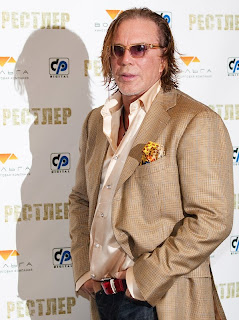 http://www.flickr.com/photos/antonb/ / CC BY 2.0
We don't think it's a surprise to anyone that there's a double standard in Hollywood when it comes to looks and weight loss. Why is it that Jessica Simpson and Hilary Duff get creamed for putting on a few pounds while Russell Crowe and Tom Hanks get awards for it? Actresses very rarely get to use the excuse that they were "doing it for the role," since, typically, leading ladies must be a size 0 to even be considered for a part.

We want to be perfectly clear: we aren't judging any of these dudes. We totally get what happens to humans as we age. Weight sticks, skin sags, and no one looks 21 forever. We're simply pointing out that when the aging phenomenon happens to a woman, she gets kicked in the perfectly straight white teeth while guys seem to get off scot-free.

And so, without further adieu, we ask some of Hollywood's leading men: Dude, what happened to you?

Nick Nolte
No one looks good in a mug shot, but Nick Nolte took "mug" to whole new heights. Throw in the fact that in the late '70s, as Tom in "Rich Man, Poor Man" and Phillip in "North Dallas Forty," Nick really knew how to rock a 'stache, and it hurts even more. He just might be our most-fallen male celeb.

Val Kilmer
Holy two-face, Batman! Riddle me this: When did Val Kilmer go from the hottest guy this side of Gotham to some pasty middle-aged dude we went to high school with?

Mickey Rourke
Let's be honest here. Mickey's bod is more ripped than ever, thanks to his recent role in "The Wrestler" and his new lease on life. He's just been punched in the face one too many times.

Russell Crowe
Russell's one of those dudes who gains a few pounds, makes a great movie, wins an award, then slims down again. Just one thing: Is he on the way up or down right now? We've lost track.

Jeff Conaway
Jeff Conaway is a walking PSA for "Just Say No." One look at him and you can't help but wonder how someone goes from the one dude in "Grease" who was prettier than John Travolta to the hunky hot guy on "Taxi" to the star of "Celebrity Rehab with Dr. Drew."

Alec Baldwin
If you saw a stranger walking down the street who looked like Alec Baldwin, you'd wonder, "Who's the handsome guy?" and take a second ... and maybe even a third ... look. But pit 2009's dough-y "30 Rock" Baldwin against the smoldering one from 1992's "Prelude to a Kiss" and you'll see why some might say he let himself go. We still think he's adorable.

Pierce Brosnan
If Brosnan were still playing Bond, James Bond, he'd probably have to stay in better shape. Mind you, he's still pretty handsome, but given how he looks on the beach, we think he's had more than his share of martinis - shaken, not stirred.

Vince Vaughn
We have this to say to the youngest member of the "Dudes Who Let Themselves Go Society": It's not too late, Vince. Summon your inner "Swinger" and embrace the healthy life. Maybe you can pull a Valerie Bertinelli and score an endorsement gig.