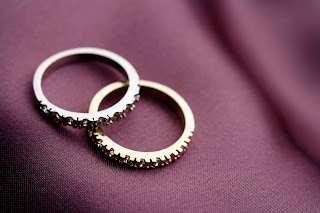 Khloe Kardashian and Lamar Odom have been married for almost one month, which is a pretty big milestone for them since it's the length of time they dated before they made it official. Rumors have been circulating since day two (OK…really since before the wedding) that the union is already in trouble.

But with the Hollywood track record of short marriages, can you blame anyone for being skeptical? Tinseltown is filled with celebrities who impulsively wed, only to split up within a year. The number of famous couples that don’t make it into double-digit months is staggering. And a few, like Britney Spears and her high-school pal Jason Alexander, barely last days. (They managed to clear the 48-hour hurdle, with seven hours’ change.)

When both spouses work in entertainment, the countdown to implosion seems to run louder and faster than everyone else’s.

Ah, the age-old question: Can fame and love coexist? If these short-lived celebrity marriages are any example, the answer seems to be no.


Elizabeth Taylor and Conrad "Nicky" Hilton, Jr.: Nine Months
Perhaps Liz should have realized that lasting marriages weren’t her thing when nearly nine months into her first, to millionaire playboy Conrad "Nicky" Hilton, Jr., in 1950, she got a divorce. Coincidentally, Hilton's great-niece Nicky (yup, Paris' sister) would have a short-lived marriage of her own 54 years later. She was granted an annulment from money manager Todd Andrew Meister after only three months.

Jennifer Lopez and Cris Judd: Eight Months
Cris might not have been famous enough to keep up. While he was successful as a backup dancer, director, and choreographer, he was nowhere near J.Lo’s level of fame. And she seemed drawn to the limelight like a moth to a flame. Something else she was allegedly drawn to: "Gigli" costar Ben Affleck, with whom she was rumored to be having an affair. The marriage was effectively over when the rumors proved to be true. Jennifer and Ben were engaged shortly after her split with Cris, igniting the Bennifer phenomenon. Although they lasted longer than eight months, they didn’t make it to the altar.

Carmen Electra and Dennis Rodman: Six Months
Maybe Dave Navarro should have checked the tabloids for a character reference on Carmen Electra. If he had, he might have discovered that it was Dennis Rodman, the totally eccentric basketball star, who filed for an annulment after ten days of marriage to the "Baywatch" beauty. (What does it say about her when Rodman, in an attempt to flee his bride, claimed he was too intoxicated when they exchanged vows?) The oddball pair managed to stay together for six months before splitting for good. Well, at least they gave it the old college try.

Tom Green and Drew Barrymore: Five Months
Drew and Tom endured a lot during their romance, including his bout with testicular cancer and a fire that severely damaged their Hollywood Hills home. But while extreme situations might have held them together briefly, their marriage could not endure. Maybe Drew should have gone with the instinct she had the night she and Tom almost married on "Saturday Night Live" and she backed out. Eventually she did manage to walk down the aisle with him, but it lasted only five months. Shockingly, Drew's marriage to Tom was not her shortest. She and her first husband, bar owner Jeremy Thomas, were together for only 39 days. Tom must have felt very special.

Sophia Bush and Chad Michael Murray: Five Months
It's a bummer to run into your ex after you split. It's devastating to have to work with him every day on the set of a long-running TV show. But that's what happened to Sophia Bush when she split from her husband of five months and "One Tree Hill" co-star, Chad Michael Murray. Rumors were flying that Chad had cheated on his new bride with his "House of Wax" castmate, Paris Hilton. Although Bush has never fully confirmed the rumors, she’s claimed to be shocked by the accuracy of some of the articles chronicling their breakup. Sophia was heartbroken. And Chad? Within six months the 24-year-old actor was engaged to an 18-year-old extra. Sophia definitely should have chosen clothes over bros.

Renee Zellweger and Kenny Chesney: Four Months
Maybe Renée and Kenny rushed into things. After all, they had only dated for four months before marrying on a Virgin Islands beach. And four months after that, she was filing for an annulment, citing fraud. Needless to say, tabloid rumors ran rampant. But Chesney later told "Playboy" magazine that his inability to focus on marriage pushed the actress away, and frankly, the paparazzi frenzy was just too much for him to handle. We think he was frustrated by not being able to look longingly into her squinty eyes.

Kid Rock and Pamela Anderson: Four Months
You'd think Pamela Anderson and Kid Rock really meant to get married. They did it three times in less than a month. First in St. Tropez (but they must have realized that a bride in a bikini just couldn't really count), then in a Beverly Hills courthouse, and finally, onstage at Tootsie's Orchid Lounge in Nashville. Still, the couple split after four months, citing — what else? — "irreconcilable differences." We think Pam prefers the weddings to the actual marriages. After all, she tied the knot with Tommy Lee 96 hours after meeting him. And, less than a year after she separated from Rock, she married Rick Salomon. That lasted about four months too.

Nicolas Cage and Lisa Marie Presley: Three Months
Apparently Nicolas Cage wanted all the Elvis memorabilia he could get his hands on, including the King's daughter. But things didn't quite work out for Nic and Lisa Marie. Maybe if they’d actually lived together their bond would have been a little stronger. But rumors are that she stayed in the San Fernando Valley and he continued living in Bel Air. They split after just three months. Even Lisa Marie's marriage to the oddest groom in history, Michael Jackson, lasted almost two years, a marital marathon compared to the 108 days she was with Nic.

Ethel Merman and Ernest Borgnine: 32 Days
Ernest Borgnine married Ethel Merman on June 26, 1964. It was his third marriage, her fourth. But things went sour quickly, and within 32 days they called it quits. According to Borgnine, it was the biggest mistake of his life. "I thought I was marrying Rosemary Clooney," he said. As for Ethel, she dedicated a whole chapter to the marriage in her 1978 autobiography, "Merman." It was a blank page.

Ali Landry and Mario Lopez: Two Weeks
Ali Landry had been dating Mario Lopez for six years before they finally walked down the aisle in 2004, so you think she might have known him pretty well. But when faced with evidence of Mario’s alleged bad behavior at his bachelor party, she supposedly couldn't turn a blind eye to a pattern friends say had been going on for a long time. Luckily for Ali, Oprah had a heart. She was due to run a video of their ceremony on a special about weddings but kindly agreed to not air the footage when she heard the couple broke up after just two weeks of wedded un-bliss.

Dennis Hopper and Michelle Phillips: Eight Days
Talk about odd couples. Actor Dennis Hopper tied the knot with Michelle Phillips of The Mamas & the Papas on Halloween in 1970. Not a good omen. A week later they were through. She later recalled the whirlwind marriage as the happiest days of her life. Hopper remembered it a little differently. "Seven of those days were pretty good," he said. "The eighth day was the bad one."

Written by Amy & Nancy Harrington
Originally for GetBack.com
Posted by Pop Culture Passionistas at 9:45 AM