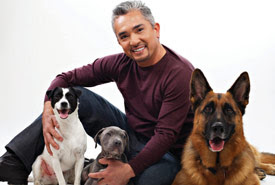 The story of the Mayflower would have made for great reality TV, don't you think? The struggle to break free of a tyrannical government, the love triangle of Myles Standish, Priscilla Mullens, and John Alden, the intrigue and danger brought on by the unknown natives. If only Mark Burnett had been there with a camera and some pre-fab challenges, Thanksgiving might have turned out a little differently as members of both the Pilgrim and Wampanoag tribes were voted off the plantation, one at a time.

As we reflect this holiday about what we are grateful for, reality TV must be at the top of the list. OK, there's family, friends, health... all the typical items. But reality TV feeds our souls, teaches us great lessons, opens our eyes to new experiences, highlights the struggles of relationships, and allows us to bask in the glow of a bountiful meal. Guess we're more like the Pilgrims than we thought.

And so we present the five reality shows we are most thankful for.


"What Would Brian Boitano Make?"
Yes, that Brian Boitano. The Olympic champion figure skater, known for his "'tano triple lutz" and the "South Park" send-up "What Would Brian Boitano Do?" Well, what he did was learn to cook (the food looks amazing) and get a series on the Food Network. We LOVED the first four shows, and we're eternally grateful to the channel for renewing it. Season 2 starts in March, right after the Vancouver Winter Olympics wrap-up when America is suffering withdrawal pangs from the lack of figure skaters on TV. Boitano to the rescue!

"So You Think You Can Dance"
As big fans of "the dance," we're forever thankful that "So You Think You Can Dance" has made the long-forgotten art form popular again. It has also reminded us how much we love watching a guy in tails twirl around with an elegant lady or a truly inspired, soulful contemporary routine that tugs at our heartstrings. Mary Murphy and the blood-curdling screams aside, we are thankful to be blessed with "SYTYCD."

"The Amazing Race"
"The Race" is probably our favorite reality show and while we are indebted to the show for hours of entertainment, we are also grateful for something else it has given to us. Thanks to "TAR," we can see the world, learn about other cultures, and experience once-in-a-lifetime adventures without ever having to eat gross foods or bungee jump. While we'd like to one time hear Phil say, "Amy & Nancy, you are team #1," we are thankful to have our feet planted firmly on the ground with a nice, normal bowl of Cocoa Puffs on hand.

"The Bachelor/Bachelorette"
We know this show was the beginning of the end for the lowest-common-denominator reality shows. We know it's all fake and very few of the couples last. But we are beholden to the hot tub-riddled dating show for one reason: it's a constant reminder how thankful we are to be in long-term, committed relationships. If it weren't for our significant others, would we be running around on group dates and doing Jello shots off the six-pack abs of strangers in a bar? Thanks ABC for putting it all in perspective.

"The Dog Whisperer"
Cesar Millan never ceases to amaze us. And while our dogs are not the impeccably trained gems Millan has wrangled on the show, they are a little better off for what we have learned from watching. They benefit from our attempt at being calm, dominant pack leaders and from the world dog order he has outlined: exercise, discipline, and affection. We have a hard time with the "no touch, no talk, no eye contact" guidelines, but we're thankful for the education we get every week from Cesar.

Written by Amy & Nancy Harrington
Originally for Sodahead.com
Posted by Pop Culture Passionistas at 1:00 AM