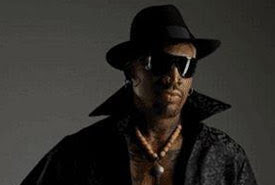 Last week news hit that wild man Dennis Rodman was detained in Berlin. The German police tracked down his stretch limo on the highway and pulled him over after receiving a call from the hotel where Dennis had stayed the previous night. Seems he had left without settling a $5,100 bill. Rodman was in town to play a "Legends of Basketball" exhibition game, and the organizers paid to put him up. But they had not agreed to cover the alcohol bill for a party he hosted while staying there. "The Worm" apparently misunderstood that small detail until the cops filled him in. He settled the bill and shelled out an additional $2,500 to keep the matter from any legal proceedings. Doesn't look like Donald Trump's "Apprentice" intervention was successful — $5,100 buys a lot of booze.

But Dennis is not the only celebrity to dine, drink, and dash. Here are a few others who have slipped out on a bill.


Lindsay Lohan
Poor Lindsay. Just when you thought she couldn't go further downhill, more bad news surfaces. On top of the recorded phone call hubbub with her parents, rumor has it that she recently ran out of the Los Angeles Crown Bar in tears. She and her friends indulged in a few bottles of expensive Champagne, but when the waiter handed her a bill, LiLo was not pleased. Allegedly, she screamed profanities at the waiter and tried to pawn the check off on "Twilight" star Kellan Lutz, who was also out for a night on the town at the Hollywood hotspot. In the end, Lindsay had to use her phone-a-friend lifeline and get a credit card number to pay for the bubbly. She was reported to be heard screaming, "I don't pay for drinks! This is ridiculous! I'm freaking out!" Guess Little Miss Entitled might need to start carrying a wallet.

Randy Quaid
In one of the strangest celebrity stories of late, Randy Quaid and his wife, Evi, were arrested in Texas for skipping out on a hotel bill. They had stayed at the posh San Ysidro Ranch in Santa Barbara, California, in June and neglected to pay the $10,000 tab. The innkeeper claims the Quaids knowingly used a fraudulent credit card. They insist they thought the card was fine and that they were upgraded to a more expensive room (and assumed it was at the same rate as the one they'd booked). And then things got really odd when the Quaids allegedly missed, not one, not two, but FOUR court appearances in the matter. Right before they were going to be extradited from Texas to Santa Barbara, the couple posted $20,000 bail and are due in court on December 15 to face burglary and conspiracy charges. Any bets on whether they'll show up?

According to both parties, the bill has since been paid. But even if this hotel case is settled, Evi might still be in for a bumpy ride because of it. She reportedly resisted arrest and then drove around their small Texas town with a sign taped to her truck reading "Davis takes payment$," insinuating that the arresting officer is corrupt. He's sued her for defamation of character.

Jane Adams
Have we told you often enough that we think Twitter is evil? Well, here's a perfect example if you need some proof. Jane Adams, the actress who plays Tanya Skagle on the HBO series "Hung," skipped out on a bill and got a waiter fired — and it was all Twitter's fault. Jane had lunch at a Beverly Hills restaurant recently, and when her $13.44 bill came, she realized with some embarrassment that she didn't have her wallet. She told her waiter, Jon-Barrett Ingels, that she was going to run out to her car and get it. Well, Jane pulled a dine and dash. She never came back that afternoon, but she sent someone over the next day to settle up. So what did Ingels do? What any fine upstanding waiter would — he tweeted on her: "Jane Adams, star of HBO series 'Hung' skipped out on a $13.44 check. Her agent called and paid the following day. NO TIP!!!" Then, surprise, surprise, Adams heard about the tweet a few weeks later. If you tweet it, they will come. So Adams returned to the establishment and gave the waiter his $3 tip, quoting his Twitter post back to him. And even though he did a damage control tweet, saying she tipped him and what a great actress she is, Jon-Barrett got fired from his job. Did you learn anything from this cautionary tale, Tweeters?

The Cast of "Gossip Girl"
Rumor has it that last February, Chace Crawford, Leighton Meester, Jessica Szohr, and Ed Westwick were whooping it up at Brother Jimmy's in NYC, playing a frat boy drinking game called Flip Cup. According to the New York Post's Page Six, the group attended a Kings of Leon concert at Madison Square Garden and then went to the NYC hotspot for an impromptu party in a private room. They racked up a $500 bar tab, and then they all "forgot" to pay. If Chuck Bass opens that secret club he's planning, this can all be avoided in the future.

LeVar Burton
This summer, LeVar Burton was sued by the high-end grocery store Gelsons. LeVar has had an account with the market since 1990 but allegedly failed to pay his bill in more than a year. They are suing him for the outstanding $2,000 debt, plus legal expenses. Guess "The Reading Rainbow" didn't have a chapter on how to read collection notices.

Naomi Campbell
Last summer supermodel Naomi Campbell got in trouble again. This time it wasn't for hurling a phone or slapping an assistant; it was for skipping out on a hotel bill. Naomi and her billionaire boyfriend (nicknamed Moscow's Donald Trump) were vacationing at the Moscow Ritz Carlton. After an expensive meal and lush hotel stay, the cleaning staff noticed burn marks in the silk sheets. Campbell was asked to pay for the damage — a $400 charge — chump change if you're a billionaire or a supermodel. According to the hotel, she refused to pay, saying the room charge should cover it, and then claiming she didn't burn the sheets. So what's the true cost of a high-class trip to Russia? Staying in the Presidential Suite: $16,500 per night. Dinner with friends at the posh Doronin restaurant: $2,800. Stiffing a chambermaid $400 to prove a point: Priceless.

Orlando Bloom
Back in 2005, in one of those brief moments when Orlando Bloom was dating on-again, off-again girlfriend Kate Bosworth, he took her to a restaurant in Rio to celebrate her 22nd birthday with 30 of her closest friends. The bill came to $760, which Bloom intended to pay with plastic. The eatery was having issues with their credit card machine that night and could not accept his payment. So according to the owner, he took their name and address and promised to settle up. By all accounts, the actor never sent a check. The restaurant owner chalked it up to the actor's busy schedule. Could be. After all, when you star in some of the highest-grossing films of the decade it's hard to remember the little people who could really use the $760 you owe them. Maybe he should have paid in pirate's booty.