Best and Worst Reality Shows of 2009 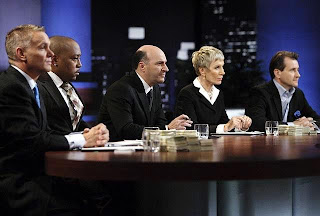 Every year we hear a lot of people saying that the reality genre is dying (we think they're mostly disgruntled script writers). But if 2009 is any indication, docudramas, competition shows, and instructional series are stronger than ever. "The Amazing Race," "American Idol," "Project Runway," and the other big boys keep growing and winning awards, while new reality shows pop up every day. And while it's hard to compete with the heroes that dominate the playing field, there are a lot of emerging gems. Of course, there are some clunkers, too. Here's our look at the best and the worst in the 2009 reality TV shows.


BEST: "Chef Academy"
Just when you thought there were enough cooking docudramas on TV, Bravo does it again. Not an instructional show and not really a competition, "Chef Academy" follows "World's Sexiest Chef" Jean Christophe Novelli and his nine culinary protégés as he opens his school in Venice, California. Among the highlights in the cast are flaky French porn star Emmanuel DelCour, "Real Housewives" wannabe Suzanne Winn, and the obligatory sassy gay assistant, Joel. While the students work furiously to perfect the master's recipes and avoid failing three challenges at the risk of elimination, Chef Novelli has one singular goal during his time in Los Angeles: to meet the biggest star ever – Columbo.

BEST: "Shark Tank"
When we heard about this show, we thought it would — pardon the pun — tank. But once again Mark Burnett proved that casting is the key to reality perfection. And the Sharks were this show's stars — Barbara Corcoran, the real estate mogul with a heart; Daymond John, the "Godfather of Urban Fashion"; Kevin Harrington (how can you go wrong with that name?), the infomercial king; Kevin O'Leary, the mean guy who made a fortune on educational software; and Robert Herjavec, the straightforward dot-com billionaire. They had their teeth sharpened and their pens poised to own a stake in the next million-dollar idea. And when a struggling entrepreneur pitched a concept that's truly genius, the sharks fought to the finish to reel in the big catch. The entrepreneurs (who often spent their life savings and came to the show as the last hope) were occasionally smart and took the deal on the table, but oftentimes they got greedy, forgetting that 40 percent of millions is way better than 100 percent of nothing. We screamed at the TV a lot while watching. Season 2 can't come soon enough.

BEST: "Sober House"
Since we don't even drink we find the concept of addiction really hard to relate to. So when we started watching "Celebrity Rehab with Dr. Drew," we were amazed at how far people could let their lives deteriorate. It was a difficult show to watch because at the end of the day, we really had a sense that the majority of the stars would end up right back were they started: battling their own personal demons. For us, the spin-off show, "Sober House," was a little more hopeful because these celebs (including "Rehab" alum porn star Mary Carey, model Amber Smith, and former "American Idol" contestant Nikki McKibbin) were making the commitment to continue their sobriety in the real world. The heart of the show was recovering addict and actress Jennifer Gimenez, the housemother who struggled between supporting the troubled D-listers and having to call the cops on former Guns N' Roses drummer, Steven Adler. But the star of the show was the usually-not-so-lovable Andy Dick, who bared his soul and exposed his deep, dark past in what clearly was a turning point moment of a deep desire to kick his bad habits once and for all. It seems to be working: Dick is now about one year sober and has his own talk show on Comedy Central called "House Arrest with Andy Dick," featuring the slogan, "It's not just a catchy title; it's the law."

BEST: "Confessions of a Teen Idol"
We expected this show to be cheesy beyond belief. And it was. And we LOVED it. But what made it one of our favorites is that it had a heart. Sure, Scott Baio and his co-producers made such has-beens as Christopher Atkins, Adrian Zmed, and Billy Hufsey dress up in spandex and gyrate on the roof of a car to "audition" for a commercial that would jump-start their careers, but at the end of the day, the d-listers were grateful. They got what they wanted: exposure. And we got what we wanted: teen idols making us cry. Win-win.

BEST: "What Would Brian Boitano Make?"
How many times have you stood in your kitchen, hoping to channel a great culinary master to spice up your routinely boring dinner and uttered the magic words, "What Would Brian Boitano Make?" Brian Boitano? The skater dude from the '90s? Bet you didn't know he could cook. Also bet you didn't know that he's hysterically funny. Not in a stand-up comedian kind of way, but in a so-goofy-and-cute-he's- unbearably-charming kind of way. And, most shocking of all, his food looks delicious! We gave his coq au vin-guine recipe a try, and we give Boitano (and his food) a perfect 10.

Now, we're not normally the kind of people to call in to "American Idol" or "So You Think You Can Dance" and cast our votes. But when "WWBBM?" abruptly fell off the Food Network schedule after just three episodes, we freaked (no, we're not exaggerating... we freaked), and we actually e-mailed the cable channel to see what was up.

Thankfully, they replied and let us know that he'll be gliding back to our TV sets in March 2010 to fill the void for figure-skating enthusiasts everywhere once the Olympics have ended. So until March, we'll sharpen our knives (and our skates), awaiting the gold medalist's triumphant return to our TV screens.

WORST: "Dating in the Dark"
We're suckers for a good dating show, and the concept of this one seemed intriguing. If couples meet and get to know each other in complete darkness, will their feelings for each other change when their physical selves are revealed? How much is our attraction to someone based on looks versus personality? Well, this social experiment proved too depressing for us. Nine times out of ten, the shallow, young, egotistical suitors ditched the person they thought they might have feelings for as soon as the lights came on. A sad commentary, indeed.

WORST: "True Beauty"
Last winter, Tyra Banks teamed up with Ashton Kutcher for another show about beautiful people. How could it go wrong? Bring Cheryl Tiegs and Vanessa Minnillo into the picture, and it really seemed like a sure thing. And even the twist was ripe for great TV. The contestants thought they were competing for the title of most beautiful, but hidden cameras planted all over the place secretly tested them on their inner beauty. What the producers didn't count on, though, was that none of these people actually had any inner beauty. The shallow, narcissistic model wannabes uttered one superficial gem after the next. Of course, they also weren't challenged too hard in the quest to dig deep, when the tests included will they or won't they open a door for someone carrying several coffees and will they be nice to the makeup artist who's fighting with her boyfriend. Shockingly, it was not renewed for a second season

WORST: "Leave it to Lamas"
Here's the trick to a good reality show: you have to actually like the people. Even if they're kind of despicable — like Jeff Lewis or Kim Zolciak — you have to see through the crazy to the charm underneath. But the Lamas Family as a whole is utterly charisma-free. Shayne's constant attempt to make a career-changing Jessica Simspon-esque buffalo wing comment just makes her seem like an ignorant, spoiled rich girl. A.J. is a punk, a total punk. And Lorenzo, what can we say about a dad who won't even acknowledge his own son when he finally makes an effort to reach out to him? As Billy Crystal's Fernando Lamas "SNL" character used to say, "It's better to look good than to feel good." The Lamases definitely seem to have embraced that concept.

WORST: "Superstars of Dance"
We're huge fans of "the dance." Tap, ballet, contemporary, ballroom. Hell, we'll even take in an occasional Irish step clan if they're good. But even we couldn't stomach last winter's reality show hosted by "The Lord of the Dance" himself, Michael Flatley. It was created by Simon Fuller and Nigel Lithgoe, co-producers of "So You Think You Can Dance" and "American Idol," and featured professional hoofers from eight countries in what was billed as "the Olympics of dance." The show was judged by a panel of pros. There was no audience participation component, rightly assuming phone-in votes would be biased toward the U.S. team. The show pitted Bolshoi-trained ballerinas against China's Shaolin monks and the stars of "Forever Tango." But there was one big problem. No one cared. Even us. Good thing Nigel and Simon have that little "Idol" franchise to fall back on.

WORST: "The Osbournes: Reloaded"
The Osbournes proved one thing this year: the Brady Bunch they are not. OK, maybe we already knew that. But where Mike, Carol, and the kids seemed born for the variety show format after their sitcom wrapped, the Osbournes crashed and burned BIG TIME with "The Osbournes: Reloaded." The skits were really stiff, bits like Kelly and Ozzy working the drive-thru made them seem harsh, and even with constant bleeping, the implied foul language bordered on offensive. The show was so bad that Fox cut the planned hour-long premiere down to 35 minutes (extending "American Idol" to an hour and 25 minutes to compensate for the time difference), and 26 of the network's affiliates pre-empted the premiere (and only) episode. Perhaps proving the power of Ozzy's appeal, the show didn't have terrible ratings, but the affiliate reaction was enough to nail the Prince of Darkness' TV coffin firmly closed. That's cool; we liked Kelly way better on "Dancing with the Stars" anyway.