Reality TV Can Be Hazardous To Your Health 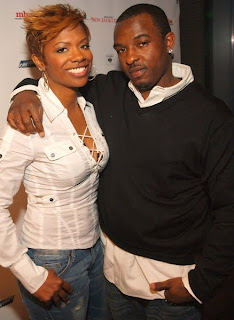 This year has been the era of reality TV-related tragedies — and no, we’re not talking about Speidi’s "I'm a Celebrity Get Me Out of Here." We’re talking about the real life-and-death stories surrounding some of the nation’s best and worst docudramas.

Our morbid curiosity was peaked this week when A.J. Jewell’s family asked for a second autopsy. For those who aren’t fans of "The Real Housewives of Atlanta," A.J. was engaged to this season’s latest Peach State Diva, singer Kandi Burruss. Much of her story line this year centered on her mother’s opposition to their engagement — she felt he was a male gold-digger looking to cash in on her daughter’s assets to help raise his six children from four different baby mamas.


An episode that aired after A.J died from a head injury following a brawl outside a strip club (and potential complications from sickle cell anemia — hence the second autopsy), featured Kandi, A.J., and Kandi’s mom in group therapy — trying to work through the obvious tensions that were about to tear the former Xscape singer’s family apart. This would've been hard to watch had he not already been dead, but with the knowledge of the very dark outcome, it was almost worthy of a channel change (oh, come on, there was no way we were really going to turn the show off — this was tragic but good TV). And while this sad situation was no fault of the show’s, the death-reality TV connection is one that seems to be more prevalent these days.

We’ve been waiting for disaster to strike on a competition show for years — not hoping for it, just expecting that it was inevitable at some point. It seems like it finally happened to Tom Sparks, who was taken to Cedars-Sinai Medical Center after experiencing knee pain and shortness of breath while competing on the accident-waiting-to-happen TV show "Wipeout." Sparks underwent brain surgeries (plural) before dying of a stroke a couple of weeks ago. Now, Sparks had a rare condition called antiphospholipid antibody syndrome (or APS) that the show had understandably not discovered in a pre-competition medical exam. But it's hard not to wonder if Tom would still be alive if he had gone on, say, "Jeopardy" or "Wheel of Fortune" instead.

And the reality TV death count tally seems to be steadily rising. People have been getting injured on "Survivor" for years. "Australian Outback" competitor Michel Skupin was badly burned in a fire, Bruce Kanegai left Panama due to a blocked bowel, Gary Stritesky had to exit Fiji because of medical complications resulting from bug bites, an infection in his leg forced Joe Dowdle out of the running in the Tocantins, and most recently Russell Swan passed out mid-challenge and his blood pressure was so low that producers decided he needed to leave the game in Samoa.

They all got off easy compared to a Bulgarian "Survivor" contestant, who died of a heart attack after a challenge on his show or the 32-year-old competitor on a Pakistani competition series who  drowned while swimming across a lake carrying a 15-pound backpack.

Then, of course, there’s this summer's biggest reality TV macabre tale: Jasmine Fiore’s murder by "Megan Wants a Millionaire" contestant Ryan Jenkins and his subsequent suicide. Sure, the show ran a background check on Ryan, and he must have passed in their eyes. But anyone who’s watched an episode of any TV dating show can tell you that the more emotionally unstable the suitors, the more electric the TV drama. We do give VH1 credit for pulling the show after the tragedy. Still, trying to find your match on a TV series suddenly seems way more dangerous than picking up a stranger at a bar or answering an ad on Craigslist.

With the stakes being raised every season and with so many shows in production without, perhaps, the greatest screening systems in place, it seems that more and more dark off-screen tales are inevitable. We might have grandiose dreams of going on "The Amazing Race" or trying to outplay, outwit, and outlast on "Survivor." But we think we'll enjoy reality TV the way it was meant to be savored — from the comfort and safety of our own couches.