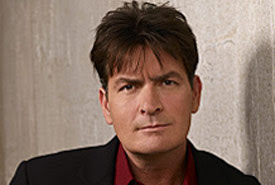 By all accounts, Charlie Sheen and his wife, Brooke Mueller, did not have a very merry Christmas. Charlie ended up in jail and Brooke made the call that put him there. We weren't in Aspen that week, so we won’t speculate on the details, but rumor has it that they were both drinking — not a big deal unless you've both been to rehab and claim to be sober (which they both allegedly have and are). In fact, news is now surfacing the Mrs. Sheen did a stint in rehab while pregnant with the couples' twins.

We truly hope Charlie and Brooke can work this out. We had high hopes that the "Two and a Half Men" star had finally turned his life around – it honestly seemed like he had for a while there. It wouldn’t be the first time a celebrity did that. Tinseltown is filled with its share of successes. Maybe the Sheens can find inspiration from these celebrities who've been able to beat their own demons after one (or more) stints in rehab.


Robert Downey, Jr.
Robert Downey, Jr., spent the better part of five years in and out of rehab and jail. He's been arrested for drug possession, carrying illegal firearms, trespassing, and driving under the influence. After his last run-in with the law in 2001, he was sent back to treatment and put on three years probation. This time, Downey was determined to make it stick. It would take a while before he acted again (no one could get insurance for him with his record), and he often had half his salary held until after production for fear he would relapse and not show up for work. But by all reports, Downey has been clean and sober for eight years, and he experienced the ultimate comeback in 2008 with the hits "Iron Man" and "Tropic Thunder" and an Oscar nomination.

Maureen McCormick
In 2008 Maureen McCormick wrote a book, "Here's the Story: Surviving Marcia Brady and Finding My True Voice." In it, the world discovered that sweet little Marcia, Marcia, Marcia was a coke-snorting, bulimic party girl, who'd traded sex for drugs and did several stints in rehab. After "The Brady Bunch," McCormick was pretty much blacklisted from Hollywood for showing up high to auditions and tapings, and she spent years at Hollywood drug dens on benders. But Maureen did kick her bad habits, and after winning the reality show "Celebrity Fit Club" (she lost 34 pounds) in 2007, she decided to come clean about her sordid past and write her memoir. By June 2009 McCormick had packed the weight back on and then some, but she is reportedly back to her "CFC" diet and exercise regime, and the drugs are just a distant memory.

Ben Affleck
Just a few years after winning an Oscar, and right on the heels of his blockbuster film "Pearl Harbor," Ben Affleck checked himself into rehab for alcohol addiction. Those close to the star didn't seem to know anything was wrong, but Ben reportedly grew up with an alcoholic dad and recognized the signs. He called his friend and three-years-sober Charlie Sheen, who helped get him set up at the $33,850-a-month Malibu cliff-top rehab resort Promises. He's been sober since then and after the media circus of Bennifer, he's settled down with wife Jennifer Garner and their two daughters, Violet and Seraphina.

Andy Dick
Andy Dick has been to rehab nine times before. But the tenth time is the charm, right? Last year, Dick checked himself into a facility (unlike the other nine court-ordered times). His only stipulation was that he wanted Dr. Drew Pinsky to guide him to sobriety. Andy cleaned up his act at Drew's place and then moved into "Sober House" as part of the VH1 reality TV show. Dick said in an interview, "My spiral into the purest of all hell has been very well documented; why not get professional cameras on me while you see my slow climb back out of the gutter?" With a year of sobriety behind him, and a few months left wearing a court-ordered alcohol monitoring ankle bracelet, it's too soon to tell if Andy is, in fact, a success story, but he certainly sounds sincere about it this time around.

Eminem
In August 2005 rapper Eminem (Marshall Mathers) canceled a bunch of gigs and checked into rehab to kick his addiction to sleeping pills. He recently said he felt like Bugs Bunny when he entered the facility, because his fame drew so much attention to him, and he admits he was suicidal in those rock-bottom days. Sadly, that treatment did not stick, and Eminem relapsed, adding Vicodin and Methadone to his drugs of choice. But in a weird turn of events, Em turned to singer Elton John to help him get clean. Yes, the same Elton John who appeared with him onstage at the 2001 Grammy Awards after the rapper had been accused of homophobic content on his "The Marshall Mathers" LP. Eminem said he found inspiration in the story of Elton's battle with substance abuse while living a similar lifestyle. John's example has reportedly helped Eminem stay sober for over 18 months.

Whitney Houston
In 2002 Whitney Houston admitted to Diane Sawyer that she had abused drugs and made her now famous "crack is whack" statement. We all got to see firsthand just how whack crack really was while watching "Being Bobby Brown." But then legendary producer Clive Davis stepped in and got her to go to rehab (twice). Whitney ditched Bobby and the drugs and began recording again. Her official comeback attempt starts this week with the release of her new CD, "I Look to You." The Davis-orchestrated rise from the ashes marks her first studio album in seven years... seven drama-filled years that she appears to have put behind her.

Nicole Richie
In 2003 Nicole Richie was arrested for possession of heroin and did a month-long stint in rehab. Not only did the facility help her kick her habit, but Nicole also claims it brought her feuding parents back together. And although she got in trouble with the law a few years later for driving while under the influence, she said the "influence" was marijuana and Vicodin. But since that time Nicole seems to have completely turned her life around, settling down with her boyfriend, Good Charlotte singer Joel Madden, and becoming a mom in 2008, with baby #2 on the way. Seems like motherhood agrees with her.

Haley Joel Osment
Maybe seeing dead people was a little too much for Haley Joel Osment to handle at the tender age of 11. Or maybe when he drove his car into a mailbox in 2006, 18-year-old Osment was just being a typical college kid, with a bit too much to drink and a little weed in his pocket. Still, there's no excuse for drunk driving, and so he was sentenced to three years probation and 60 days of rehab. Seems he learned his lesson and has stayed off the scandal radar since. With two movies in the works, we're hoping for a full Haley Joel comeback in 2010.