What Does the Future Hold for Bryan Batt?

Part Two of Our Four Part Interview with Bryan Batt 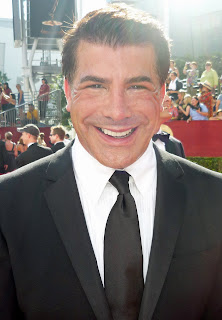 , interior designer, home accessories store owner, and author. He is currently in the throws of a tour to promote his new book, She Ain't Heavy, She's My Mother

If you're lucky enough to live in New York, Los Angeles, or New Orleans you can see Bryan at his book tour to get a signed copy of the touching tale of a son's love for his mother. You can find the schedule on his website.

In a recent interview, we talked to Bryan about what's up next, the projects he's dreamed of doing, and helping him get a gig on Glee


PASSIONISTAS: What's on the horizon?

BRYAN: I start the book tour this Friday and then I'm feverishly working on the next book. It's called Mad for Design and I was approached to do this because of the store and my design work.

PASSIONISTAS: Excellent. Glad to hear that. We were wondering if you were still decorating.

BRYAN: One of my favorite things we did... was a show called Pimp My [FEMA] Trailer. I was approached by a newspaper, The Times-Picayune, down here to decorate someone's trailer. And initially we were told we could borrow things from places than take them out.

Tom [Cianfichi, his partner] and I both said, "Wait a minute. If we're going to design a trailer for someone who lost their house, they're keeping everything that is put in it."

I was flying back from Atlanta... and I sat next to this wonderful woman Jenny Ambrozewski... She lived in Chalmette, which was one of the flood areas, and lost everything. But she had such a sparkle in her eyes. She lost everything, but she's still happy. I said, "You don't even have one picture?" and she said, "Oh no, sweetheart, but they're tattooed on my heart."

I called my friend at the paper [and said] "I'm in, but I have to do it for this lady." And she was in heaven with her trailer. We went to town on it. It was glamorous and beautiful. And she was on the cover of the living section looking with her mouth wide open. And it made me feel good to do something nice like that.

PASSIONISTAS: That needs to be a TV series.

BRYAN: I've been approached to possibly do some kind of reality. But I don't know about a reality show. I've done Mad Men, which is the best of scripted television shows. I don't know. I would love to do another drama series or another comedy series. I had so much fun on Ugly Betty

. But there might be something to combine those. Who knows?

PASSIONISTAS: Do you have any interest in being on Glee?

PASSIONISTAS: We'll start a facebook page for you — Get Bryan Batt on Glee.

BRYAN: I met Ryan and I met Dante. I was seated next to Ryan's table, and the cast, at the GLAAD Awards and I got to congratulate them. It's so wonderful and just fun and it's so different. I'm very glad that the network took the chance, like AMC took the chance on Mad Men, to present something different. I want to let [Ryan Murphy] know I did nine Broadway musicals — including Cats

PASSIONISTAS: Speaking of Broadway, if you could star in any Broadway revival. What would it be?

BRYAN: I don't know if I'm in shape right now. I'd have to really work on it, but I'd like to do a revival of Barnum

PCP: You'd be so good in Barnum. That's such a good idea.

BRYAN: They've never revived it on Broadway. And it was such a fun show. I really loved it.

PCP: With all your experience in parades as a kid, would you ever consider doing the Macy's Parade or the Rose Parade?

and we roller skated the entire route. Really wasn't the best thing for the knees. But I've never seen so many happy New Yorkers in my life.

If you want to make Bryan happy and know anyone involved in the parade, let us know. And be sure to sign up on Facebook for the Get Bryan Batt on Glee page.
Posted by Pop Culture Passionistas at 2:00 AM