Haven's Producers Know How It Will End 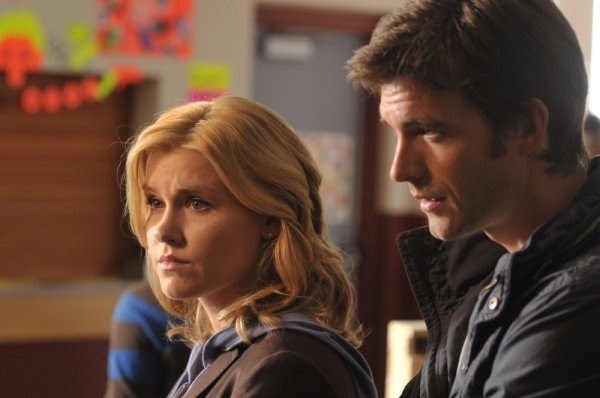 It may seem strange to talk about the final episode of a series on the day of its premiere. And let us start by saying that we hope it’s a long time before the Haven series finale occurs, but we were happy to discover in a recent interview that the show’s producers already know how their brand new show is going to end.

That’s more than can be said for a lot of cliff-hangery series that take us down a long and convoluted path for years only to leave us with more questions than answers in the series finale – yes, Lost, we’re talking to you.

SAM: We have two elements to the show. One is we are going to meet in each episode a supernaturally afflicted person like we did in the pilot and so we’ll tell that story, every week there will be a new person. So we’re doing this as a standalone show, each episode as a standalone episode so the people can jump in Episode 6 or Episode 16 or wherever they come in and they’ll be able to enjoy it.

However, there is a mythology to the show and [Executive Producer] Jim [Dunn] and I being sci-fi supernatural geeks, we actually know the last scene of the series whether that’s Episode 25 or 75. We know that scene so we know exactly where we’re going and we’re going to unfold that… each episode will… be stringing along to sort of talk about the story of Audrey and Nathan and the town of Haven and where it’s going.

So fear not often-disappointed sci-fi fans, Haven is a safe place to visit.