Zach Gilford Talks About The Son 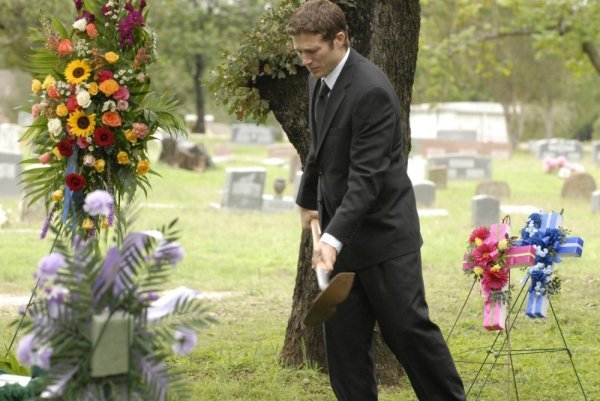 There weren't really a lot of surprises in yesterday's Emmy nomination announcements. Glee

dominated. Brian Cranston will once again go head-to-head with Hugh Laurie. And Alec Bladwin could go back-to-back-to-back for his third Best Actor in a Comedy.

But there were a few pleasant surprises. True Blood

is up for a Best Drama Series statue. And fan favorite, Friday Night Lights

finally got a little love.

The twist is that the nods went to Kyle Chandler and Connie Britton - not to Zach Gilford, who had a lot of buzz leading up to the announcements. Gilford has really had a chance to shine this season with a storyline that focuses on the death of his estranged father. There was even a Facebook campaign waged in his honor. But at the end of the day Nominate Friday Night Lights Star Zach Gilford for an Emmy! didn't work out the way that Betty White to Host SNL (please?)! did.

It really is a shame. Gilford's turn in the episode The Son is noteworthy. We spoke to him recently about how he prepared for such an emotionally charged show. Here's what he had to say: