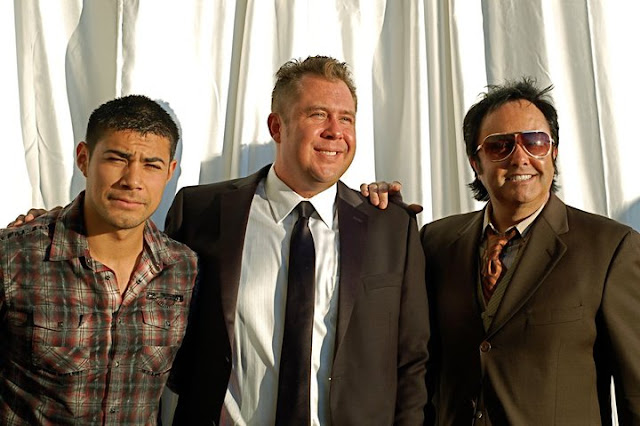 The Burbank International Film Festival heads into the home stretch with a full day of screenings and seminars. Here's a run down of today's events.

Films are being shown at the AMC 6 from noon to 11:00 PM with several features including the Best Feature nominee, Becoming Eduardo and Pedaco de Papel (Piece of Paper) and blocks of dark comedy shorts, rom-com shorts, drama shorts, and music videos.

The last day of seminars also concludes today at Video Symphony from 4:00 to 8:00 PM.

A complete list of all programs for the day follows the jump. For tickets and more information visit the Burbank International Film Festival website.

5:00 PM
Seminar: Distribution with Ryan J. Kugler
Ryan Kugler from Distribution Video & Audio (DVA, Inc.) will answer questions important to all filmmakers. Can I get additional funding if my film is picked up at Wal-Mart? How much money will I get for my film if I sell if to a distributor? Do film festivals help my film on the retail shelf? What do I need to do to get my film on line? And more.

. The former Senior Vice-President of Post Production Sound at Paramount Pictures has worked on such features films as Star Trek

, and Clear and Present Danger

7:00 PM
Seminar: Tom Holman, President, THX
Tom Holman, President of THX, has worked in the industry for over 30 years. His BIFF bio says he "has the rare ability to push the state of the art and, in doing so, challenge entire industries to achieve new quality standards."

8:00 PM
Seminar: Dean St. John, Principal ADR Voiceover
For over 22 years, Dean St. John has been recording ADR for movies and TV. Some of his credits include Boogie Nights

. He says he likes doing indie films "because his own experiences can be of special value to them."