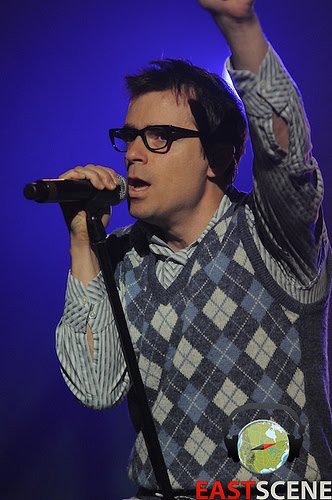 Weezer’s never seemed to spend a lot of time picking titles for their albums. After all, this is the band that has three self-titled CD’s in their discography—which have since been dubbed Blue

Still when it came time to pick a name for their latest release, they still caught a lot of people off guard with their choice. The album is simply named Hurley

Now we watch a lot of TV, so when we heard the title we thought, “That’s weird. That was the name of the heavy dude on Lost. What an odd coincidence.” But even more bizarre is the fact that the CD is in fact named for Jorge Garcia’s character from the hit series, which ended in May.

After struggling with album titles, and not wanting to do self-titled album number four, they found their inspiration—a photo of Garcia. The CD dropped yesterday and Weezer fans won’t be disappointed. But will it be enough to cheer up addicts who can’t fill the Lost gap in their pop culture agendas? Time will tell.

In the meantime, check out the official Weezer YouTube channel.

For more music articles check out: