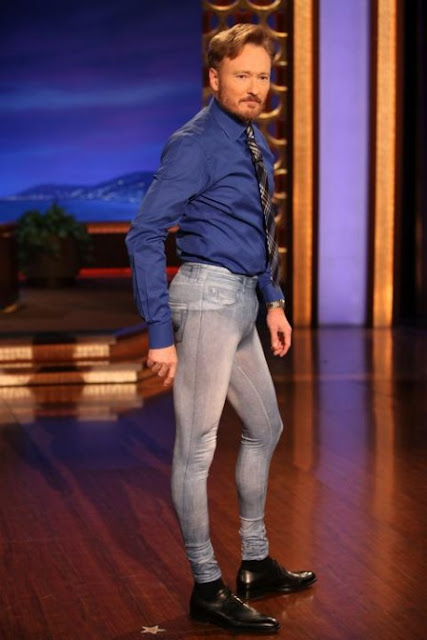 As the year winds down, we pick our favorites in entertainment. From TV to music to arts and fashion... see what grabbed our attention in 2010.

TV: The Glut of Good Shows
We tried to pick one TV show or moment that summed up the best of TV this year and we just couldn’t do it. Instead we were struck by the fact that we’re in a new Golden Age of the medium. We’re not saying that shows like The Choir and Rescue Me will live forever alongside The Mary Tyler Moore Show, The Dick Van Dyke Show and The Bob Newhart Show, on the list of best series of all time. But Modern Family just might and Mad Men certainly could.

MUSIC: Nick Hornby and Ben Folds — Lonely Avenue
When we heard that indie-musician Ben Folds was teaming up for another celeb-infused project we couldn’t imagine whom it would be this time. After all he’d already famously paired with William Shatner to produce his brilliant album Has Been and helmed the Dresden Dolls’ Amanda Palmer’s first solo album. Who next? Sing-Off co-star Nick Lachey? Nope. Folds made the oh so hip choice of writing songs with Nick Hornby, the author of music themed novels like High Fidelity and Juliet, Naked.

BOOK: Patti Smith — Just Kids
We haven’t really listened to Patti Smith music since our moody college days, so we didn’t really pay attention when this autobiography of her relationship with artist Robert Mapplethorpe hit the stands (or Kindles). But when Just Kids won the National Book Award for non-fiction, we swung by the local library and picked up a copy. Twenty-four hours and a box of Kleenex later and we were done. Whether you like Smith or Mapplethorpe’s artistic endeavors is irrelevant, if you’ve ever been in love or lost your best friend, this is a must read.

MOVIES: The Secret in Their Eyes
No one really saw this Argentinean crime-thriller, no pun intended, that made it’s U.S. debut this year. And we blindly stumbled upon it one rainy Saturday night. What we discovered was a riveting film, with some of the finest acting we’d ever witnessed by Soledad Villamil and Ricardo Darin. But the scene stealing star of the movie is Javier Godino whose chilling performance actually made us queasy. This Spanish-language Silence of the Lambs will keep you on the edge of your seat until the bitter end.

FASHION: Jeggings
Let us be clear. We do not own jeggings… although we’ve seriously toyed with the idea. We feel like we might be a little too long in the tooth and wide in the hip for them. But whenever we hear Kim Kardashian say she wears them everywhere because they’re so comfortable, we think, “Maybe she’s on to something.” And when Conan O’Brien sported a pair on his new TBS show we knew there was no turning back.

FOOD: Gourmet Food Trucks
This foodie craze seems like its time might have come and gone fairly quickly. We’re not saying they’re going away but the hour-long lines to get a high-end taco might be dwindling. That said we do enjoy slipping out every now and then on the hunt for gourmet treats on wheels. Among are favorites are the Coolhaus ice cream sandwiches, the originator called the Kogi BBQ and the Food Network’s Great Food Truck Race darlings Nom-Nom. But our quest for 2011 is to track down Chef Ludo Lefebvre wagon for some legendary Ludobites fried chicken. Fire-up the GPS and the ovens.

ART: Jell-O Art
One of our most joyous discoveries this year was artist Liz Hickok and her Jell-o landscapes. When you see her San Fran cityscapes and White House recreation, you’ll understand why Liz was given the Food Network Award for “Best Use of Food as Art Medium.” Not only does she build wobbly, architectural masterpieces, she adds to their eerie quality with spectacular, Beetlejuice-like lighting effects. The result is like nothing you’ve ever seen before. Unlike Twinkies, Jell-O has a relatively short shelf life so Hickok’s masterpieces don’t last long, which is a shame. But she captures her work in photographs and videos. Check them out at her official site.
Posted by Pop Culture Passionistas at 2:00 AM