An Interview with the Cast & Crew of Criminal Minds: Suspect Behavior 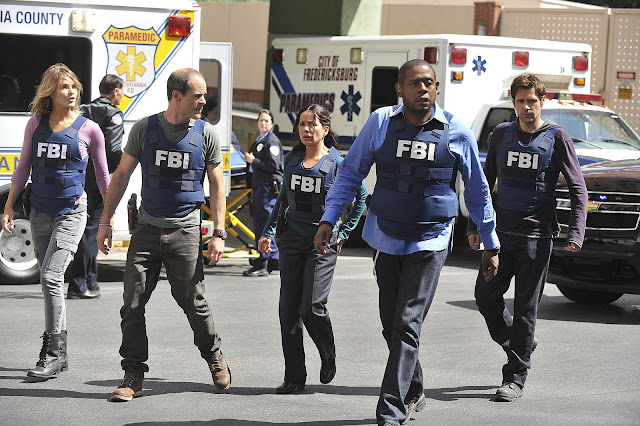 Tonight CBS premieres its new procedural drama Criminal Minds: Suspect Behavior, a spin-off its current Wednesday night smash hit Criminal Minds. This new series deals with similar cases to the original, but sees them through the eyes of a red-cell unit that operates off the grid and reports only to the FBI director. Forest Whitaker takes the lead as the Chief of the Behavioral Analysis Unit while Janeane Garofalo, Matt Ryan, Michael Kelly and Beau Garrett make up his team. Also joining the cast is Kirsten Vangsness who already plays Penelope Garcia on the first show and will be the link between the two.

At a recent press event creators and producers Mark Gordon, Ed Bernero and Deb Spera joined the cast to discuss Forest's move to TV, the collaboration among the team members and how they unwind after a tough day on the set.

Forest Whitaker Makes the Switch to the Small Screen

and Big Harold in Platoon

. But Whitaker has made the switch to the small screen to play Sam Cooper in Suspect Behavior. He explained why he made the decision to take on the role, "I hadn't been thinking about doing television. I hadn't chosen to. I'd been offered to a few times, and I think it wasn't the right moment for me. I really like the concept of being able to enter into the minds of people and try to understand what makes them tick and try to understand the duality that exists there. I like the people that I met with, who were talking to me first. My partner and I started reading the other one, and I got to know this great group of writers and showrunner and the cast. So it just all seemed to fall into place and I've been having a good time."

But because of the schedule of this show, in some ways the project has still felt like a movie to Forest. The production has completed the first 13 episodes before the first even airs. So there will be a break before any more are shot. Whitaker commented, "It is a weird thing. You think, in a film, that you finish, and then you disperse like a gypsy. And I thought it would feel different doing this, because we were going to be coming back as the plan for us to do. But when I see some of the crew and we are going to be away for quite some time. So there's that thought of, 'Are we going to be able to have them back?' Because they are really talented. I really love working with them. So it is a little more of a loss than I expected even though I'm really excited about what we are doing… It's different than I think I anticipated."

Whitaker's co-star Janeane Garofalo has a career that spans both movies and TV but she is known predominantly for her comedy. From her start on The Ben Stiller Show

and Saturday Night Live, she went on to a string of successful movies including The Truth About Cats and Dogs

. And yet this funny woman keeps popping up on these TV dramas like West Wing

, 24 and now Suspect Behavior. When asked about this casting phenomenon, Janeane replied, "I don't think I'm that funny."

And despite a clarification from producer Deb Spera, who stated, "In addition to being incredibly funny, she's got an amazing range as an actor… She's quite remarkable."

Janeane responded and was quick to make a joke, "I don't think that about me… I have tried to pursue dramatic roles over the years as well, but I think there is something about dark-haired women with deep voices of ambiguous sexuality that plays into dramatic programming."

The actress did admit that the heavy storylines at times do get to her. She confessed, "Sometimes there will be something that… can be depressing. So if we are doing a scene all day that is dealing with this or if we are dealing with a cadaver for a long period of time, it does… stick with me a little bit."

Forest Whitaker is not only taking a step away from the big screen to do the series, he is also giving up his director's cap. But still he comes at his part with a director's eye. He remarked, "With the writers we get a chance to help develop our journey.  And in that way, I'm not telling people where to move the camera or things of that nature… [but] as an actor, I'm hoping to interact with the other actors and try to figure out how to make them work stronger and make it better and I think that's what actors do. They really care and want to work together… I do take on that role, and I've been allowed to get a chance to work with some really nice writers, really good people, and to really try to figure out how to move this show forward with the showrunner… It's just really cool because I think we started to build a family, not just inside the film, in that metaphor with the family, outside of it as well, and that's a great thing."

Beau Garret agreed with the actor that the project is a very collaborative effort. He pointed out, "We really have… such a sense of community within the crew and everyone from the writers… We talk so much about each individual scene and the characters and how they relate and where we are going and where we came from. And I've never been on a set quite like this where we had that much community, and I think it does really make for such a family. This is our family. We are here five days a week, and we spend 12 to 14 hours a day with them, everyone is so lovely and kind, and that's so rare to have."

For related stories check out:
The Good Wife Relies on the Internet for Plots
An Interview with Jason Biggs and Sarah Chalke from Made Love